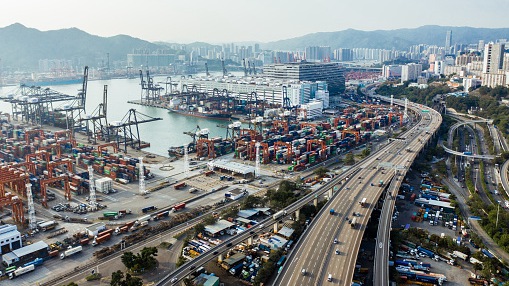 China's economy emerged bigger and stronger in 2020 largely because it effectively curbed the COVID-19 spread within a few months of its emergence and imposed a series of stimulus packages, culminating in the only major economy to register 2 percent growth in that year. The West (and a big part of the world), on the other hand, contracted between 5 percent and 10 percent, in large part, because it mishandled and misjudged the serious of the pandemic, resulting in a second or even third wave and exacerbating the economies.

It would not be a surprise if China will emerge even stronger and more influential on the world stage with the Belt and Road Initiative (BRI) and the recently signed Regional Comprehensive Economic Partnership (RCEP) and China-EU Comprehensive Agreement on Investment (CAI). These stances will not only promote global trade and investment, but also proof that China can and is willing to work with the international community in making the world a more prosperous and secure place.

Contrary to the U.S. claim that the BRI is a "debt trap," China's investment in its infrastructure and industries actually promoted local economic growth, generating revenue for Siri Lanka to pay off the debts. Siri Lankan government statistics showed that its total foreign debt was reduced from nearly $56 billion in 2018 to a little over $51 billion in the first quarter of 2020.

While there were many reasons for the decline in indebtedness, BRI-related investment and trade probably played a role. It is also noteworthy that Japan's Nikkei reported that Siri Lanka prefers to borrow money from China rather than the IMF to weather a 2020 debt issue, explicitly debunking the China "debt trap" allegation. Besides, BRI participating countries invested $40 billion in China between 2013 and 2019, suggesting the Chinese initiative is a two-way street. 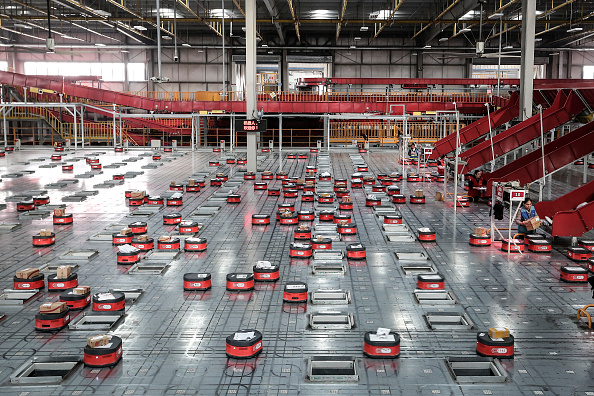 The Automatic robot transport sort of parcels at the warehouse of a logistics base of JingDong Group in Wuhan, Hubei Province, China, November 5, 2019. (Photo: Getty)

According to OECD figures, trade under the BRI framework was equally if not more astonishing, increasing two-way trade $1.34 trillion in 2019, raising the total accumulative value to nearly $7 trillion since 2013. These numbers are expected to grow because of improved transportation efficiency and more countries are expected to join the BRI.

The inking of the RCEP in November raised China's importance in the Asia-Pacific if not beyond up another notch by virtue of it being the major trade partner to all 15 countries (the ASEAN 10, China, Australia, Japan, South Korea, and New Zealand). According to the governments' figures, two-way between China and the 15 countries exceed $1.5 trillion in 2019. These numbers will likely increase significantly because of the country's "dual circulation" strategy driven by domestic demand and supported by technology and strengthening cooperation with other countries.

Unlike the Comprehensive and Progressive Trans Pacific Partnership (CPTPP), the RCEP recognized that "one size" does not fit all. The high labor and environmental standards set by the CPTTP might be valid for a developed member such as Japan, but a hard press for developing Vietnam to meet. Vietnam's relatively low wages and lax environmental rules could face anti-dumping measures from its higher wage and environmental standard partners.

Silent on labor and environmental standards and flexible in defining "rules of origins," the RCEP recognized that, thus preempting future trade frictions. The U.S. often used Singapore production costs as a thermometer to impose tariffs on Chinese products without taking into consideration that China is a developing nation whereas Singapore is a high-end manufacturing economy. In this sense, RCEP will likely succeed in meeting its trade goals, thereby raising China's status because it will drive Asia Pacific economic growth through massive imports.

The CAI deal reached by the EU and China at the end of 2020 was nothing short of astonishing because of the many differences between the two-sides. For instance, the EU always complained about China not meeting the International Labor Organization's (ILO) labor code and other incompatible practices, dragging negotiations for over seven years. But at the last hour, the two sides compromised and made huge concessions to each other, paving the way for major power cooperation in addressing global issues.

The CAI is more than an investment agreement; it covers sustainable development, the environment, labor standards and other issues, providing China and the EU the opportunity to shine in the world. Indeed, it is in their interests to do so. Living up to ILO labor codes, for example, will silent criticism of the so-called forced labor, make Chinese workers happier and more productive, and shed a positive image on China.

Initiating the BRI, joining RCEP and reaching a CAI agreement will strengthen China's economic and geopolitical position in the world.