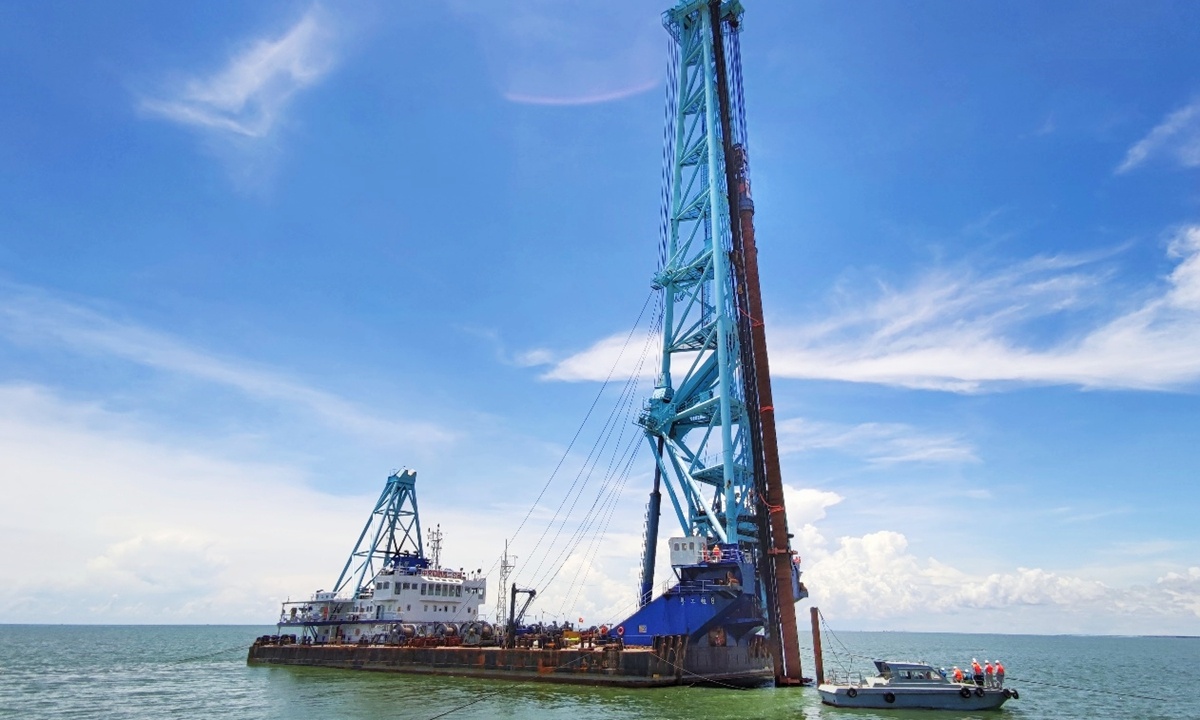 China stands ready to work with all parties to build a closer Belt and Road partnership, Chinese President Xi Jinping said on Wednesday.

Xi, also also general secretary of the Communist Party of China Central Committee and chairman of the Central Military Commission, made the remark on Wednesday in a written message he sent to the Asia and Pacific High-level Conference on Belt and Road Cooperation.

Chinese State Councilor and Prime Minister Wang Yi chaired the meeting with the theme of "promoting cooperation on combating the pandemic for sustainable recovery" via video link.

More than 30 foreign ministers or economic ministers of countries in the Asia-Pacific and representatives of the UN and other international organizations were in attendance.

The meeting, where attending parties vowed to enhance efforts to jointly fight the COVID-19 pandemic and boost the green economy for a sustainable recovery, is regarded as a signal to show the 2013-born framework has endured the test of COVID-19 and continues to be vigorous in buttressing regional economies hit hard by the pandemic.

The Belt and Road Initiative (BRI) framework will continue to play a role under the principle of "consultation, contribution and shared benefits" - meaning it is open and it welcomes international partners, Lü Xiang, a research fellow on US studies at the Chinese Academy of Social Sciences in Beijing said in response to the Build Back Better World (B3W), which was formally proposed at the recently held G7 summit in the UK to seek an alternative to, if not confront, the BRI, even though doubts are mounting on how practical the B3W is.

The BRI, departing from infrastructure and extended to wider areas, can escalate the drive in the Asia-Pacific to overcome the COVID-19 pandemic and add momentum for regional economies to recover given the interconnectivity of personnel and merchandise, observers said.

Currently, around 140 countries and regions and 32 international organizations have signed BRI cooperation agreements with China, including G7 member Italy. China's direct investment in countries and regions along the BRI routes has totaled $136 billion since the initiative was proposed in 2013, official data showed. 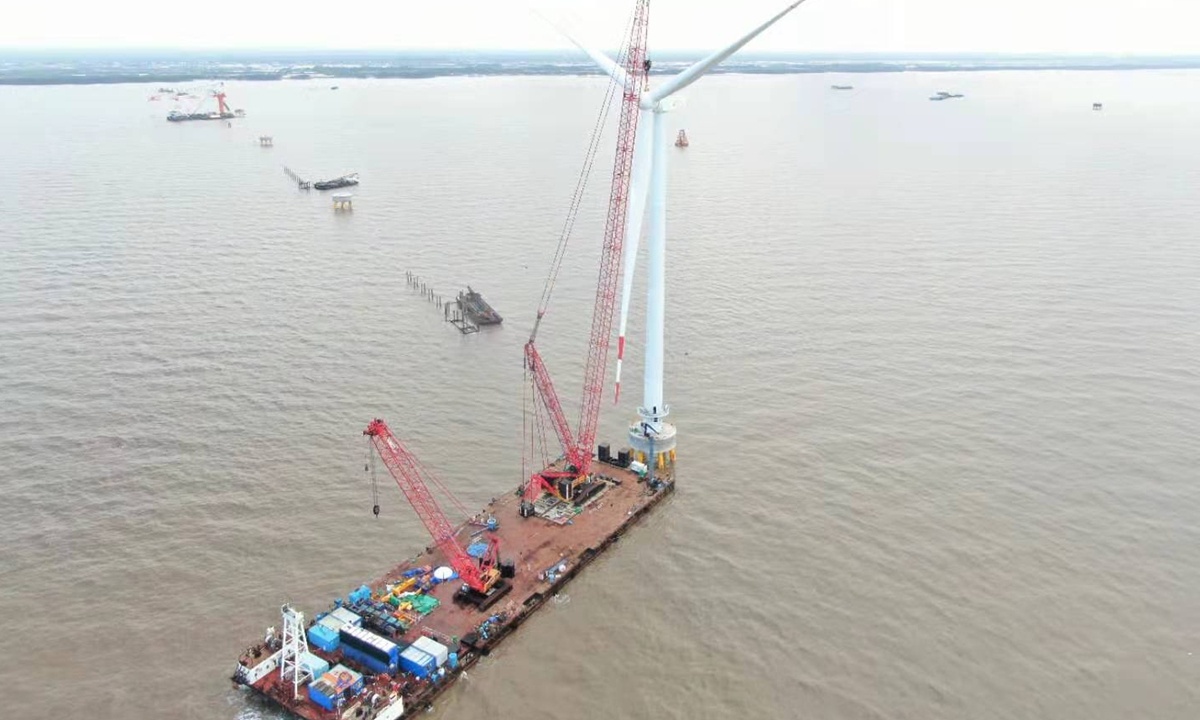 One of the latest examples is the wind power project near the city of Zhanatas in Kazakhstan built by the Power Construction Corporation of China (PowerChina).

The wind farm will power 1 million homes in Kazakhstan and is expected to save about 110,000 tons of standard coal each year compared with coal-fired power generation, PowerChina told the Global Times on Wednesday.

"The green BRI proposed by China marries economic development and ecological and environmental protection, making it a multilateral win-win cooperation model of the environment and economy," Qiu Wenxu, director of Industry Development Department at the Alliance of Belt and Road Business Schools told the Global Times on Wednesday.

Chinese businesses have translated the concepts of ecological civilization and green development into concrete actions in BRI building.

Challenges remain as the technology to reduce carbon emissions requires more innovation and development, Qiu said, noting that compared with the traditional high-carbon emission model, the green industry needs the support of technology if it wants to have a cost advantage.

Hu from Sinosteel Economic Research Institute pointed out that in addition to the COVID-19 pandemic and the pace of economic recovery, the geopolitical uncertainties brought about by the Biden administration and the disruption to international trade and capital flows due to the anticipated interest rate increase by the US Federal Reserve should be taken into account.

Observers noted the BRI has always been an open framework that welcomes all international partners, and many Western companies are participants in the initiative.

Though the US raised B3W, its "values-driven, high-standard and transparent" infrastructure partnership, arguing the world needs a better alternative to the BRI, the China-proposed initiative will continue to prosper and benefit participants because it is established based on real interests, observers said.

Any global aid for infrastructure in less-developed countries should be welcomed, including B3W, but those initiatives should be complementary rather than exclusive, Lü said amid wide belief that Biden's B3W aims to confront the influence of BRI and may ultimately become a tool of US geopolitics.

A White House brief states that through the B3W, the G7 and other like-minded partners will coordinate in mobilizing private-sector capital in four areas of focus - climate, health and health security, digital technology and gender equity and equality - with catalytic investments from development finance institutions.

But there are doubts over how the partnership can mobilize private capital and ensure the infrastructure projects are what people need.

"People close to the G7 summit told me no one had asked details about implementing the B3W and no country made a specific commitment on finance," Lü said.

In 2020 when the global economy and business activities were hit hard by the pandemic, Chinese enterprises made non-financial direct investment of $17.79 billion in 58 countries under the BRI framework, up 18.3 percent year-on-year, statistics released by Chinese Ministry of Commerce showed.

In the same period, Chinese enterprises signed 5,611 foreign contract projects in 61 BRI countries and regions, with a total value of $141.46 billion.

Compared to the BRI's earnest implementation, the G7's B3W infrastructure plan prompted questions on whether it is able to raise money for its ambitious goals and whether it can provide the technology and coordinate the administrative resources needed for transnational projects.

Casting aside doubts on implementation, Wang Yiwei, director of the institute of international affairs at Renmin University of China in Beijing noted the B3W showed a strong sense of Western supremacy, and the bias related to China must be a bad thing.

Admittedly some BRI projects did not work out well for various reasons and reflections on them are undergoing to improve future projects. But if the B3W departs from a partnership plan to confront China rather than work for global good, it will end up nowhere, experts said.