OPINIONS BRICS countries show the US the benefits of globalization

BRICS countries show the US the benefits of globalization 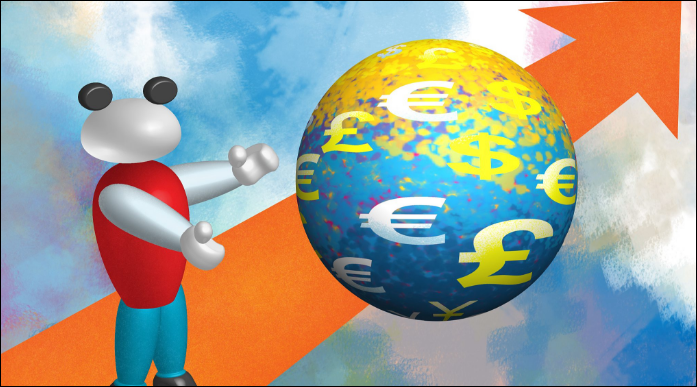 Amid anti-globalization legislation, surging populism and xenophobia, and rising unilateralism and protectionism, the world seems at a loss as to where it should be going. But, the recent BRICS summit in Johannesburg gave an answer. Leaders of the BRICS — Brazil, Russia, India, China and South Africa — had their eyes on the fourth industrial revolution and set their minds on development through co-operation. These are the areas that will lead the way forward.

Economic globalization is irreversible because mankind belongs to one community with a shared future. In the new age of technological revolution and industrial transformation, artificial intelligence (AI), big data, and biotechnology will ensure every country has equal and fair development opportunities. International trade and competition are no longer a “zero-sum game” where one’s gain is another’s loss.

Those — such as the US — who “put themselves before everyone else” will not only undermine their trading partners but also damage the multilateral trading system itself. This insular approach will most certainly backfire.

In contrast, the BRICS have been advancing economic globalization in the past decade in the spirit of openness, cooperation, mutual benefit and win-win results. In doing so, they contributed more than 50 percent of the world’s economic growth in 2017.

The combined outbound investment, trade, and GDP of the five countries have had respective rises from seven percent, 11 percent and 12 percent of the world’s total in 2007 to 12 percent, 16 percent and 23 percent in 2017.

These facts demonstrate the efficacy of an open, inclusive and mutually beneficial form of globalization.

Inclusive globalization delivers common developments, while unbalanced developments are a breeding ground for populism, extremism, and xenophobia. One cannot make these problems disappear by blaming other countries and diverting public attention. Forcing others to take medicine in order to cure one’s own illness will end hurt everyone involved.

The right approach for the US is to face up to its own problems, try to find a solution through dialogue and consultation and work for the shared interests of all.

The BRICS have set an example in this respect by voicing their strong commitment to major international efforts, such as tackling climate change and addressing the non-proliferation of nuclear weapons. At the Johannesburg Summit, the BRICS countries made a solemn promise to implement the Paris Agreement on combating climate change.

They also jointly called for the full implementation of the 2015 Joint Comprehensive Plan of Action (JCPoA), under which Iran agreed to constrain its nuclear development. The US pulled out of the deal in May this year.

The BRICS countries have endorsed multilateralism and worked to advance reform in the global governance system.

Despite the evolution in world power that is bringing unprecedented changes to the global governance system, a rules-based multilateral trade regime and an international economic order remain as preconditions and guaranteed methods for all countries to achieve development.

As representatives of developing countries, the BRICS sent a clear message that they would uphold multilateralism and oppose unilateralism. They call on all World Trade Organization (WTO) members to abide by WTO rules and stay committed to multilateral trade.

The current international order is not perfect. But as long as it is rules-based and aims to be equitable, it should not be dismantled and rebuilt from scratch. This statement by Chinese President Xi Jinping rings true. The world must say “no” in the face of arm-twisting hegemony, power politics, and self-centered unilateralism.

To solve the problems of today’s world, countries should follow the overarching trend of multilateralism, deliver equity and justice according to popular sentiment and find their ultimate solutions through win-win co-operation.

To borrow the words of Charles Dickens, today’s fourth industrial revolution could be described as the “best of times and the worst of times”. Standing at the crossroads between opening up and isolation, free trade and protectionism, multilateralism and unilateralism, it is important that the international community makes the right choice and joins hands to bring about “the best of times”.