When BRICS emerged, many countries viewed it with skepticism. After all, how can geographically distant and culturally different countries foster a common agenda, enabling them to achieve goals of national interest and promoting reforms along international lines? How could they function as a group? 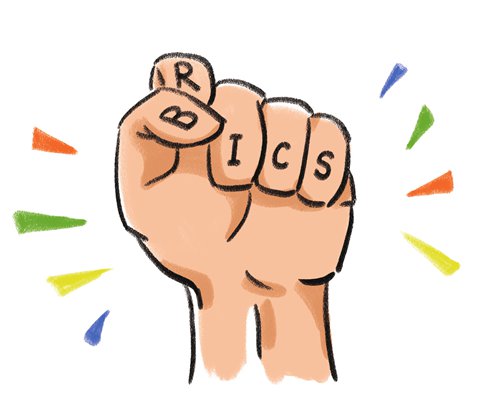 Among other reasons, BRICS emerged as a response to the lack of initiative of Western powers and international institutions to deal with the economic crisis they have produced or failed to avoid. BRICS became an initiative that symbolizes the strengthening of the participation of the emerged and developing countries in the international decision-making process. This objective was already established in the first Joint Communiqué of 2008 that emphasized that "the South-South cooperation is an important element of international efforts in the field of development."

Taking this aspect into consideration, since its creation, BRICS has highlighted two dimensions. The first is economic and financial governance, giving priority to coordination within the G20 and defending a reform of the IMF and the World Bank. The second is political governance, which advocates a reform of the United Nations. These dimensions characterize the reformist agenda of the BRICS countries for the international institutions created in the 20th century.

But the current circumstances are different from the early years of BRICS. First, GDP growth rates in BRICS countries are no longer the same as during the early years of the group. Only China and India maintain good economic indicators, but still below what they registered 10 years ago.

At the international level, increasing trade protectionism, pushed mainly by the US' unilateral policy, has brought new challenges to the BRICS economies. China is at the center of this debate because of the "trade war" launched by US President Donald Trump against Chinese imports. Russia, despite the recent opaque meeting between Trump and Russian President Vladimir Putin, has its economy under pressure from NATO sanctions. Brazil and South Africa face economic crises, aggravated by internal political feuds that make them pay closer attention to domestic issues.

What to expect from the next BRICS decade, then? First, to safeguard the reformist agenda present at the founding of BRICS which gives meaning to the group and distinguishes it from other groupings. What changes now is the approach to implementing this agenda.

The five countries share the idea that cooperation needs to be extended to several areas. After all, they face common challenges such as those arising out of urbanization, pollution, terrorism, social inequality and poverty, the challenge of promoting innovation and new technologies, etc.

Before each summit, there are hundreds of sectoral meetings on several topics - which underscore the vitality of BRICS even in difficult times. And every year, the country that hosts the meeting proposes new areas of cooperation. This year, South Africa proposes the establishment of a Working Group on Peacekeeping, Vaccine Research Center, the BRICS Gender and Women's Forum, the BRICS Tourism Track of Cooperation and initiatives to advance the 4th Industrial Revolution. As far as possible, the reformist essence should be embedded in these initiatives.

And why should BRICS maintain the reformist essence? What is the point of it?

President Xi Jinping launched in January 2017 the challenge of building a community with a shared future for mankind. This is a concept that contrasts in some respects with one of "globalization" proposed by the developed Western countries at the end of the 20th century. The idea of "globalization" carried with it the proposal of the standardization of customs, values, tastes and consumption. Differently, the proposal of President Xi has as its central aspect respect for the diversity of civilizations.

According to this idea, countries should respect one another as equals, and differences based on cultural or political systems, for example, should not be viewed as barriers to building a peaceful world and promoting the socio-economic development of all nations.

The question I started this article with (how could geographically distant and culturally different countries function as a group?) only makes sense to those who look at the world from the perspective of "globalization" and not from the perspective of a "community with shared future for mankind." This is the difference between the two worldviews and therein lies the essence of the reformist agenda.

For BRICS, differences are not an obstacle, but ingredients to build a more democratic and prosperous international system.

The author is head of the Center for Brazil-China Studies at FGV Law School, Brazil.