BRICS hopeful to address new crisis and opportunities at summit 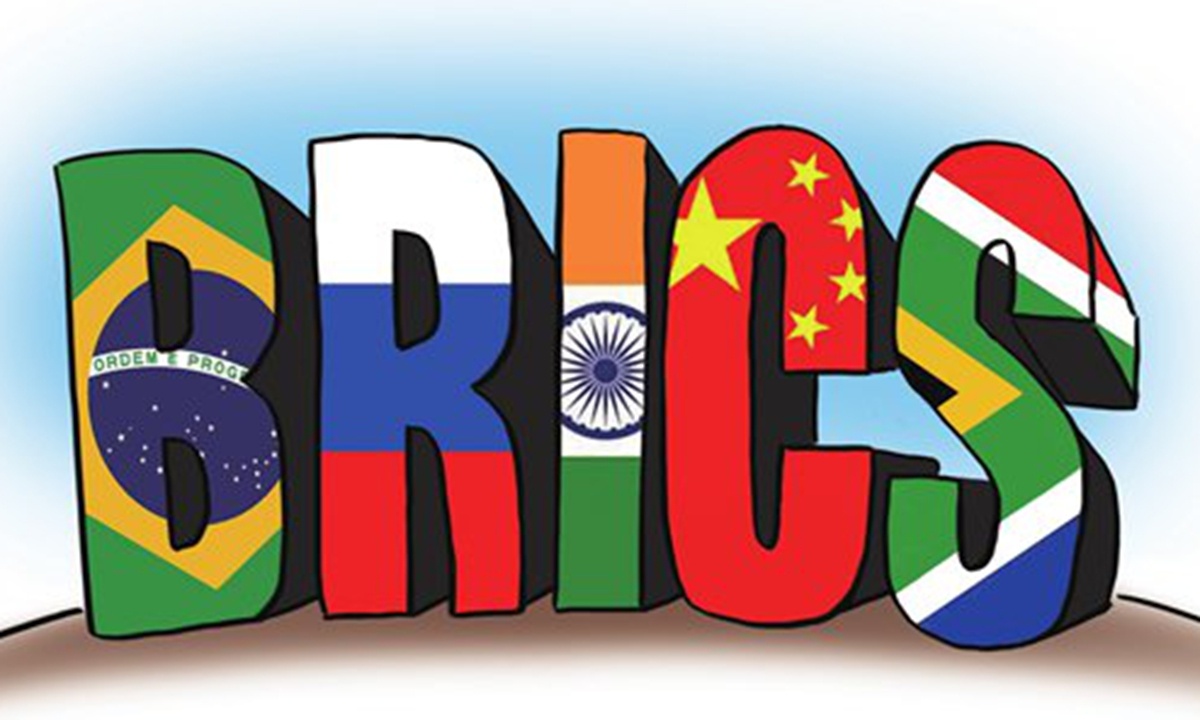 Affected by the continuous spread of the COVID-19 pandemic, the 12th BRICS (an acronym coined for the five major emerging national economies: Brazil, Russia, India, China, and South Africa) Summit, originally scheduled to be held at the end of July 2020, will be held Tuesday via virtual conference.

The form of the "cloud summit" reflects the severe impact of the pandemic on the BRICS countries, but also the hope for greater cooperation. In fact, the pandemic has not really hindered the pace of the BRICS dialogue.

Under the vigorous promotion of the rotating presidency of Russia, the BRICS has planned to carry out nearly 100 online activities before the end of this year.

As the most important BRICS events in 2020, the biggest highlight of the upcoming summit is how BRICS countries can now draw on each other's strength and help each other reach broad consensus and take effective actions on jointly promoting anti-pandemic cooperation, jointly realizing recovery and development, and ensuring global security and stability.

Among them, Russia is crucial to the guidance of the meeting's agenda. At the same time, China's experience and proposals will also attract attention, as facts have proved that China has achieved major results in the fight against COVID-19. The Organization for Economic Co-operation and Development (OECD) stated that "China is the only G20 country in which output is projected to rise in 2020."

China and Russia will likely give full play to their respective advantages and act as "engines" in collaboration with other BRICS members to drive BRICS cooperation back to the fast lane. They will continue to become locomotives for global economic growth.

At the same time, there is hope for all to create a more suitable environment for international peace, security and stability at the summit.

In addition to fighting the pandemic, Russia put forward three major priorities in its presidency as early as the beginning of 2020. First, strengthening multilateral principles in global politics to promote the common interests of BRICS countries in international forums; Second, promoting cooperation in the fields of trade, economy and finance; Third, boosting cultural cooperation and people-to-people exchanges.

First of all, under the pillar of political and security cooperation, there will be talks about how to take the opportunity of commemorating the victory of the World Anti-Fascist War and the 75th anniversary of the founding of the United Nations to further advocate for the establishment of a BRICS security community, and strengthen the "BRICS voice" and "BRICS action" to deal with international and regional critical issues.

Second, under the pillar of economic, trade and financial cooperation, talks will address pandemic prevention and controls, looking at changes in the needs of economic and social development caused by the virus.

It will seek to advance the implementation of the new "strategy for BRICS economic partnership."

Third, in terms of people-to-people exchanges, the summit will raise ways to continue to enrich the content and form of cultural activities, look at how to effectively boost the depth of relevant exchanges, and create more popular branded products.

Moreover, how Russia restarts the "BRICS plus" and "expansion model," resuming the dialogue between BRICS and emerging markets and developing countries, is also one of anticipated parts in the summit. It may promote the institutionalization of those dialogues.

Against the background of the COVID-19 pandemic, discussing how to save more people's lives, particularly the vulnerable groups, and protect their basic rights of sustainable development should be the top priority of the BRICS countries as they expand their dialogues with other countries.

In today's era of profound changes unseen in a century, BRICS countries once again stand at the crossroads of history.

The evolution of the international system and competitions between major powers has prompted some BRICS members to rely more heavily on BRICS cooperation. They have also stimulated certain BRICS members' speculative attempts to pick sides or to gain advantage from both sides in major power games.

Yet despite the combined crises, the BRICS mechanism is functioning relatively well for creating meaningful dialogues. Whether or not BRICS countries can withstand new crisis, overcome fresh challenges and create new opportunities, will be the question that leaders of the five countries have to answer solemnly in the summit.