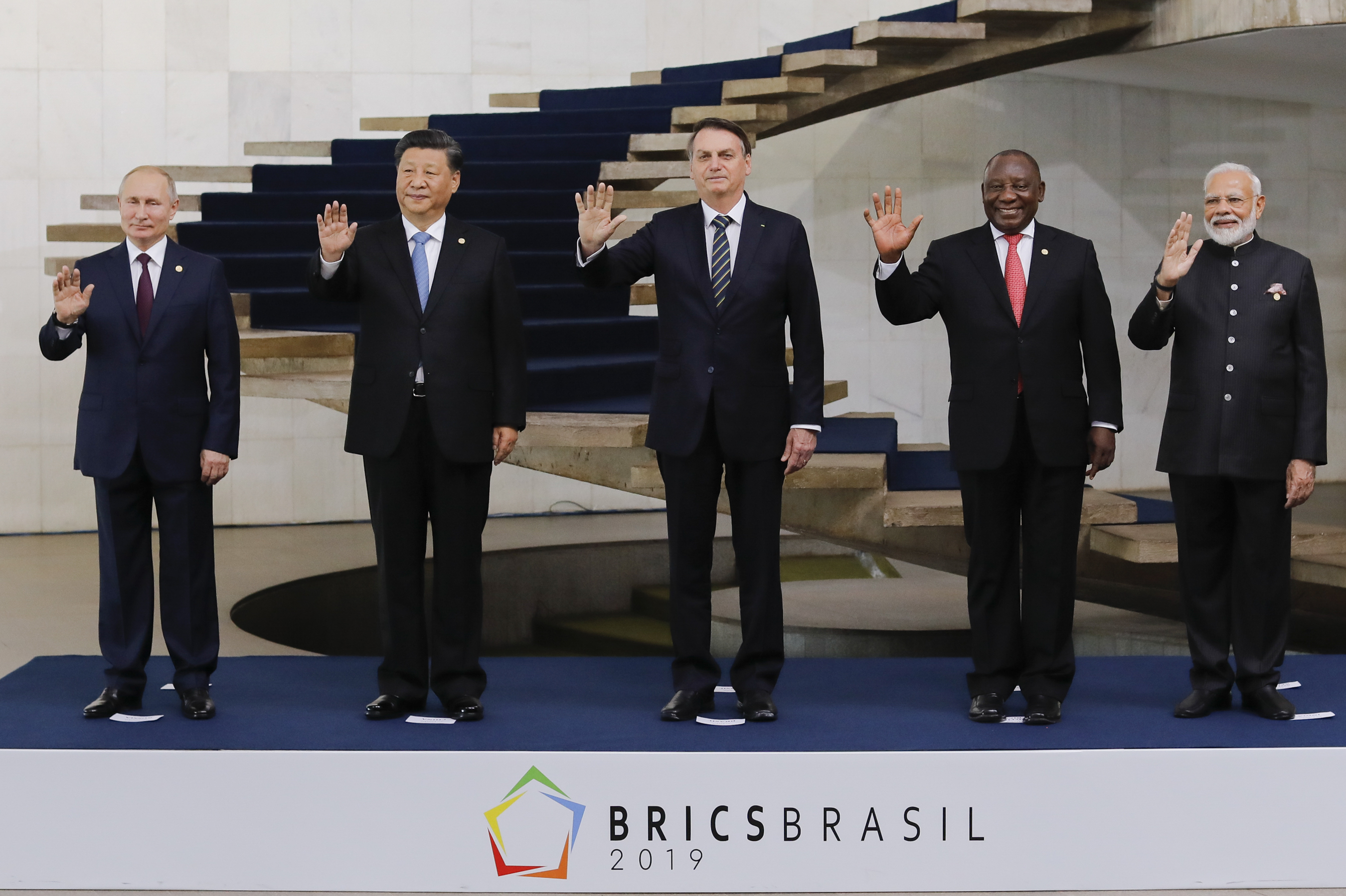 JOHANNESBURG, Nov. 18 (Xinhua) -- South Africa should work together with its BRICS partners to increase trade and investment in order to recover from COVID-19, an expert has said.

"South Africa is in a tight fiscal space which has been worsened by the pandemic. The government had to borrow to cushion the citizens from the negative impact of COVID-19," he said, adding that the country's relationship with BRICS will be important to aid its recovery efforts, especially on increasing trade and investment.

This year under the Russian presidency, leaders attending a virtual BRICS summit are expected to discuss trade and people-to-people exchanges among its members.

Prinsloo believed that a core component of this strategy is to increase intra-BRICS investment.

He emphasized that BRICS is vital to global politics. "It also remains an important voice in global affairs to address key challenges facing not only the bloc, but all other developing countries. So it is important for BRICS to continue their dialogue."

"The bloc has also consistently brought other countries into such dialogues, and it is important to continue strengthening such dialogue platforms too," he added.

Prinsloo said that BRICS remains a key forum for its member states to enhance cooperation across the board, adding that the BRICS countries have made great strides in economic, education, health and infrastructure cooperation.