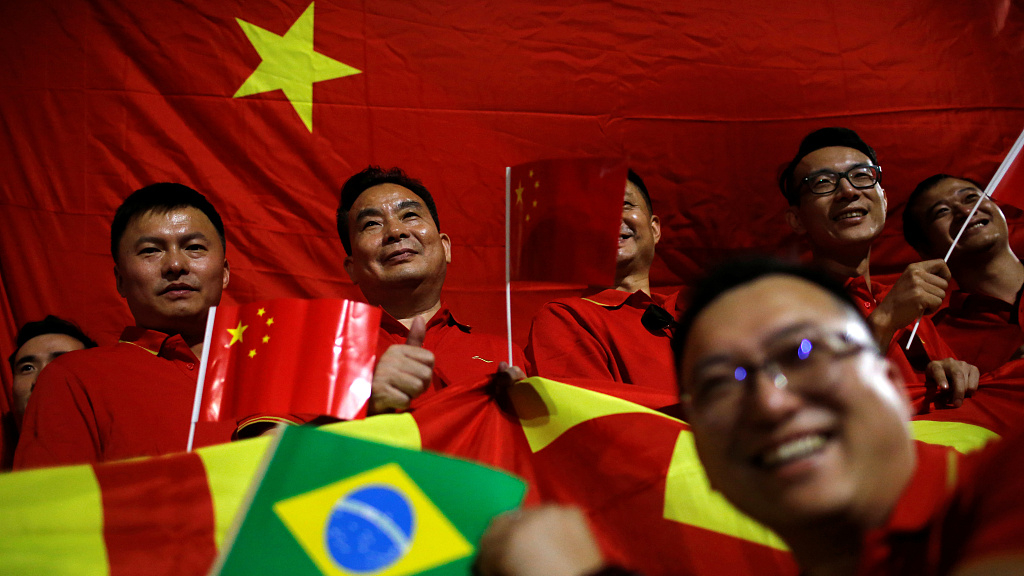 On the evening of November 13, Chinese President Xi Jinping, on an official visit to Brazil, attended the BRICS business forum, where representatives from the host country, Russia, India and South Africa were present. During its closing ceremony, Xi made a speech where he expressed China's commitment to multilateral free trade, opposition to protectionist policy and also greater business cooperation between the countries of the bloc in view of common challenges.

This is without a doubt a pivotal period in BRICS history. The U.S. is waging a trade war on numerous fronts and attempting to aggressively reassert a unilateral economic hegemony, with huge repercussions for the global economy. With BRICS representing a group of growing economic powers, its participants are, despite their respective political differences, able to unite on a common interest of securing a greater economic footing for their country in the world.

As Xi said in his speech, it is essential that increased business and economic integration follows suit in the BRICS organization, which was established on the vision of enhanced multilateralism and global importance through the "economies of the future." These countries must come together accordingly to support their interests. Undeniably, progress is being made. However, China-India relations remain the greatest challenge to the bloc in reaching its full potential.

The world we live in today is changing. The balance of global economic power is shifting. The nations which have traditionally dominated the world economy, in particular "the West", are becoming less and less in proportion to global GDP as the developing world catches up. As this shift occurs, these nations will naturally seek new avenues and channels to secure their national interests away from traditional Western-dominated and Western-led international organizations.

This trend a few years ago led to the creation of "BRICS" — otherwise known Brazil, Russia, India, China, South Africa — a multilateral organization created outside of the Western sphere which aims to induce common cooperation and goals between the first tier of emerging economies from a number of regions of the world. The organization provides common support, multilateral engagement and assistance for their interests.

Never has the organization's portfolio been more relevant. The U.S. is not accepting the shift in the balance of global economic power from the West. The Trump administration has pursued a unilateral trade policy with the vision of attempting to forcefully consolidate a Washington-centric economic hegemony. It's targeting of Beijing, as well as others, has caused an immense slowdown in global growth and a disruptive climate of uncertainty to global businesses.

As a result, the need for BRICS nations to increase their engagement with others and develop alternative avenues of economic growth has never been more urgent. As noted above, the organization ultimately endeavors to establish a common vision for business cooperation which goes beyond traditional reliance on the West, who have taken a detrimental, unhelpful and self-interest induced approach to the developmental challenges of the non-West.

Given this, the organization and its associated diplomacy is having a positive impact. One may note how in recent years China's own relations with Brazil, South Africa and Russia have become stronger and one can see how these relationships have deepened and broadened in the midst of the trade war, a testimony to the success of BRICS as a multilateral institution.

The "economies of the future" are increasingly committing to coordinating with each other. Nevertheless, for this organization to reach its full potential, India must change course. Although New Delhi's economic and business relationship with China will continue to expand, the country's recent withdrawal from the Regional Comprehensive Economic Partnership is a missed opportunity for its development and its participation in that of others. Still, its position in BRICS and willingness to engage with the other members is not ruled out and valued.

Thus as a whole, Xi's speech places emphasis on BRICS as a multilateral medium of economic engagement and cooperation in the view to driving forwards the "economies of the future" — if the associated countries are to succeed in securing their interests and development vision, they ultimately need each other. While there is much to be done and achieved between the participating countries, particularly in the disappointing results between Beijing and New Delhi, few can say that China's renewed emphasis on the organization in response to the trade war is a step in the wrong direction.