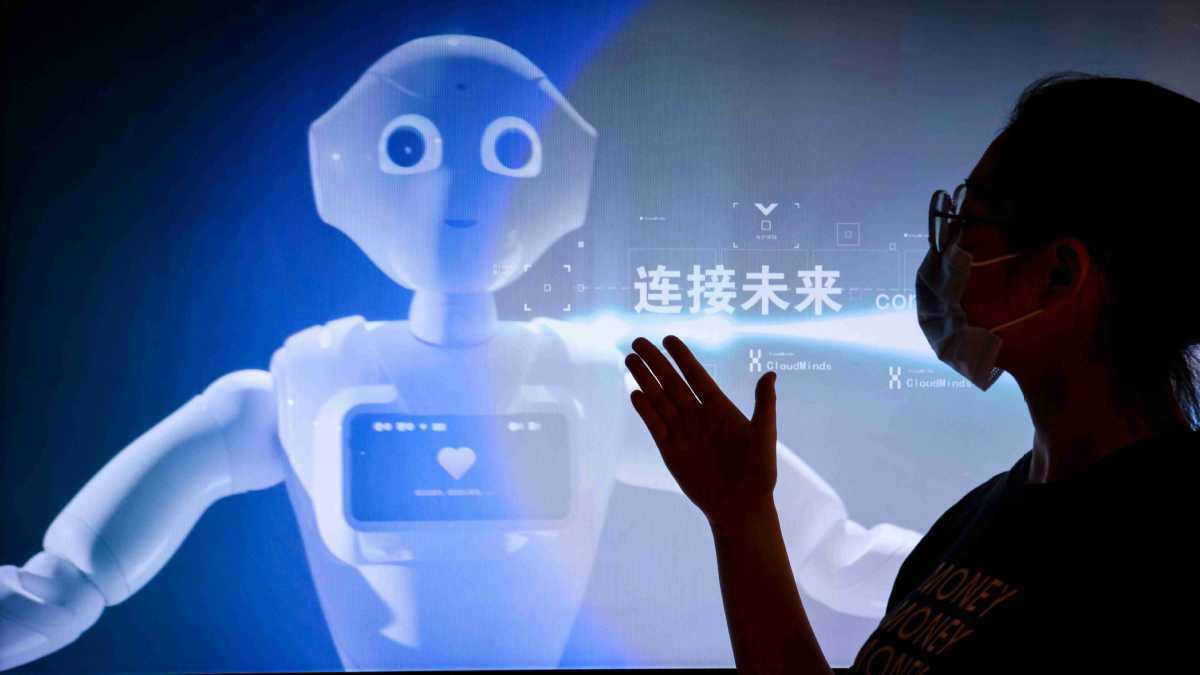 Over the past five years, China and Brazil have joined together to continue pushing forward the development of the digital economy at comparatively lightning-fast speeds. Looking ahead, the cooperative partnership between the two countries in relevant areas associated with the digital economy points to a bright future.

The digital economy has become the most important engine of economic development in China. In 2021, the scale of China's digital economy reached RMB 45.5 trillion, which is the world's second-largest, according to a white paper released by the China Academy of Information and Communications Technology, a government think tank.

As of December 2021, the number of Internet users in China had reached 1.032 billion. Among these Internet users, 99.7 percent have the habit of surfing the Internet on their mobile phones, with 975 million meanwhile watching videos posted online. In addition, 842 million people in China engage in online shopping every day, which is four times the size of Brazil's total population.

The potential for cooperation in the digital economy between China and Brazil is enormous. According to statistics posted on tianyacha.com, a Chinese portal specializing in analyzing background information on corporate entities, the number of Chinese companies that have business dealings with Brazil reached 348 as of July 26, 2022. Approximately 40 percent of Chinese companies have business dealings with Brazil mainly in the agricultural, forestry, animal husbandry and fishery sectors, while another 26 percent are engaged in the wholesale and retail sectors, with all other categories being less than 10 percent. In the years ahead, cooperation between China and Brazil in developing the digital economy will be pursued in at least four key fields.

Cooperation on digital infrastructure for the age of artificial intelligence. The scale of China's core artificial intelligence (AI) industry has already exceeded RMB 400 billion, while the number of companies focused on AI as their main business now exceeds 3,000. Not surprisingly, then, China's AI industry is on track to continue developing rapidly in the years ahead. At present, there are three areas of digital infrastructure in China that have opened up prospects for high-quality cooperation worldwide.

The first is computing services. Computing power has become the most direct constituent component for driving productivity in the era of the digital economy. Li Zhengmao, the CEO of China Telecom, has found that “every single yuan invested in arithmetic will produce a 3-4 yuan boost to GDP growth.”

The second is the construction of high-speed Internet systems, such as 5G and 6G, among others. As for this area, extensive cooperation could also be developed and continually pursued in the future.

The third is the joint development of AI frameworks. AI will play an increasingly important role in the future of digitization. But currently the world's most popular AI frameworks, such as TensorFlow and Pytorch, are all from the US. Even so, Chinese technology companies have developed their own AI frameworks, such as Baidu's PaddlePaddle AI framework, which currently boasts 4.06 million developers in the global ecosystem and 157,000 corporate or public sector users. China and Brazil can therefore engage in extensive cooperation in the area of AI infrastructure.

Cooperation in the area of e-commerce and online retailing. When it comes to economic cooperation between China and Brazil, there is great potential for more and more companies to emerge and develop their businesses in the future. Especially in terms of the digital economy and online retailing, partnerships between the two countries are no longer limited by lengthy geographical distances, pointing to unlimited prospects for future cooperation moving forward.

Cooperation in the field of education. When considering the education sector, Brazil may have underestimated the market for Portuguese language learning in China. Currently, the Brazilian Portuguese exam certification Celpe-Bras (Certificado de proficiência em língua portuguesa para estrangeiros), organized by the Brazilian Ministry of Education (MEC), has only one exam center in the Chinese mainland, which is based at the Communication University of China. One might wonder then about how best to take advantage of this as yet untapped market. For instance, is it possible to increase the number of exam centers for Celpe-Bras certification in China? Can more Brazilian Portuguese language learning textbooks be developed and marketed to the Chinese market? Or might Internet platforms in Brazil launch more Portuguese language learning courses targeted to the Chinese market? These are all areas for collaboration that could be initiated immediately. Cooperation between China and Brazil in other areas of the education sector would also be very much desirable.

Cooperation in the field of arts and culture. There are about 30 million people in China who are Latin dance enthusiasts. According to tianyancha.com, as of July 2022, there were more than 2,500 Latin dance training institutions in China. Samba, an important branch of Latin dance, also has a good market base in China and has favorable prospects for future market development.

As for those social networking platforms widely used in China, a good dance teacher is capable of having millions or even tens of millions of viewers interacting with him or her in just one online dance teaching session, especially when it comes to fitness-related online dance lessons, which therefore indicates this medium’s huge potential commercial value. If Brazilian samba teachers come to China to offer excellent samba classes on social networking platforms, they might also be able to seize the opportunity for a business miracle. Apart from samba, cooperation between China and Brazil in the field of culture and the arts can be quite diverse and will produce fruitful results in the future if the two sides strengthen their cooperative endeavors.

Looking to the future, there is no doubt that cooperation in developing the digital economy between China and Brazil will lead to both countries becoming shining stars among the BRICS countries of Brazil, Russia, India, China, and South Africa.

Liu Yushu is the director of the Macro Research Department, Chongyang Institute for Financial Studies at the Renmin University of China. He is mainly engaged in research on AI, FinTech, and the development of the digital economy.