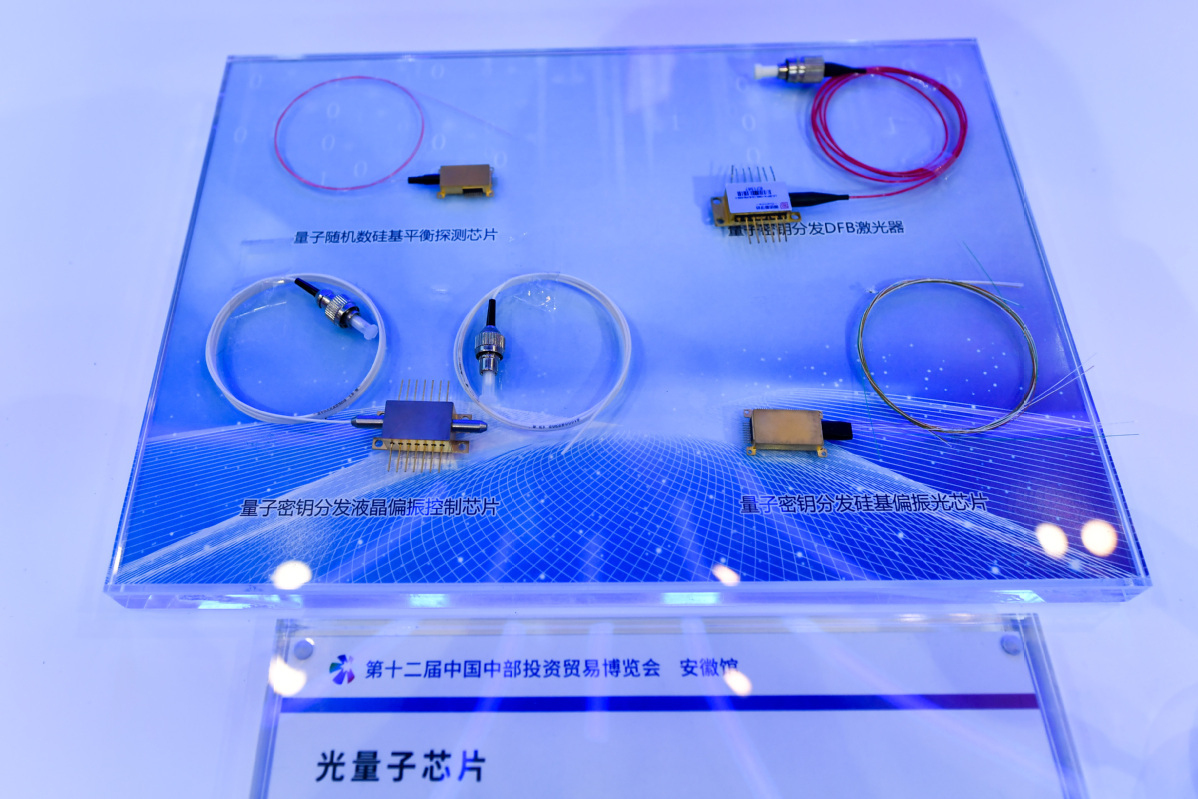 Optical quantum chips are on display at the 12th Expo Central China in Taiyuan, North China's Shanxi province, on May 21, 2021. (Photo: Xinhua)

The China Consumers Association issued a document saying that the "quantum products" some advertisements promote are actually "pseudo-technological" products. Quantum technology is not applied to civilian products and those claiming so are deceiving the public. Making such claims damages the credibility of applied quantum science, a field in which China leads the world.

These are glorious achievements, but some unscrupulous businesspeople are belittling them by using the term "quantum" loosely. A search for "quantum" on e-commerce platforms throws up a host of examples with tall claims.

There's quantum liquor, which claims a person will not be inebriated even after drinking half a liter of it. There are quantum socks, which the ads claim prevent the feet from stinking and the wearer from tripping accidentally.

Quantum cosmetics; you guessed it right, they make you look more beautiful. And quantum underwear, which promises more comfort.

Till recently there was a training agency to teach "quantum reading" to people to enable them to "read"100,000 words in "five minutes".

The real quantum scientists have distanced themselves from such tall claims. Guo Guangchan, an academician at the Chinese Academy of Sciences, has said that quantum technology cannot be applied to civilian products yet. Pan Jianwei, whose team designed the Micius, has dismissed quantum cosmetics.

It is time to crack down on these "quantum" product makers. The Consumer Rights Protection Law, the Advertisement Law, the Law Against Illicit Competition all say that those making or selling such products, or making false claims about their products, should be brought to account.

The market regulatory agencies and e-commerce platforms must honor their commitments by regulating the market and the platforms.