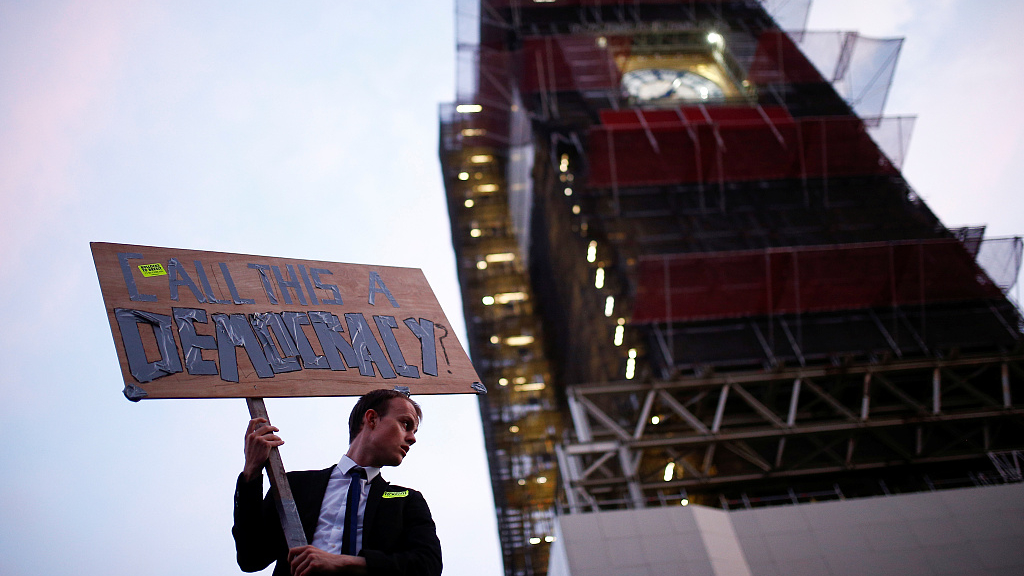 British Prime Minister Boris Johnson has asked Her Majesty the Queen to prorogue parliament. This is a procedure by which parliament is suspended. Johnson is by no means the first to do so and this has happened many times previously. What is different is why - and what he hopes this will achieve.

Johnson claims his suspending parliament for three weeks is so his government can prepare a Queen's Speech announcing a new legislative agenda for a new sitting of parliament. It is not unusual for parliament to be so suspended, but this is normally only a matter of a few days and not once in UK history as long as about a month.

This action has invited unprecedented protests to erupt across every region in the UK. Some have referred to this as a coup of British democracy and an official online government petition received over one million signatures within hours.

Critics have pointed out that Johnson's main aim is not to take an extraordinarily long time to prepare a new legislative agenda, but to deny Members of Parliament an opportunity to vote and reject Johnson's Brexit plans, including the option of a no-deal exit from the European Union. Suspending parliament wipes out most of the time left to debate Brexit with more rumored tricks up the government's sleeve like to be announced Bank Holidays and an October budget announcement both of which would keep MPs from having any time to act on Johnson's Brexit plans.

It is perhaps especially alarming that Johnson has dragged the Queen into this situation. She is widely admired as a source of unity standing above partisan divisions. This week a court in Scotland begins considering whether the government's request to the Queen, which she had acted upon, was unlawful. If successful, the consequences are potentially profound and deeply damaging for the UK's constitution.

Parliament's suspension has not happened yet and will sit next week. The most likely scenario is the House of Commons Speaker John Bercow, who was not consulted about proroguing parliament, might accept a debate and vote binding on government that might prevent it from supporting a no-deal outcome. The only consistent majority in parliament has been to stop no deal.

A less likely, but probable, outcome is there is a motion of no confidence tabled next week. Johnson could potentially win such a vote. If so, this would give him added momentum to keep no deal alive as a possible outcome notwithstanding deep-seated opposition from most MPs.

If Johnson lost a no-confidence vote, there would be a two week period where he would have to see if another government could be formed commanding a majority or call a general election. This would push the start of a general election until late September - and by default could suspend parliament past the October 31 deadline crashing the UK out of the EU without a deal.

All of this raises the question of why did Johnson do this - why stretch, if not breach UK constitutional law? Why drag the Queen into a partisan, divisive political matter against conventions? Why put the country on a perilous path to a no-deal Brexit that by all accounts will be devastating for the UK?

I believe the answer is simple: it's all part of Johnson's aim of showing the EU that no deal is on the table and a live option. Johnson's team believes that if this threat is credible then the EU will blink and grant further concessions to the UK. Either remarkably brave or reckless depending on which side of the debate you are on.

This is a doomed strategy. Theresa May was hamstrung by having too many red lines in her talks with the EU. This prevented her from having any bargaining chips except threatening EU citizens over residency rights. Johnson is ever more constrained because he's added another red line in wanting the Northern Irish backstop removed. However, the EU isn't reopening the deal and there is no viable alternative to the backstop problem - a backstop that May herself had argued for.

It is also a doomed strategy for a second reason. Everybody knows Johnson - and his chief adviser Dominic Cummings - are and always have been against a no-deal outcome. Showing a brave face does little to convince when everybody knows how profoundly damaging and disruptive no deal will be to the UK. Johnson fools no one.

Ironically, suspending parliament appears to have two curious consequences. The first is that MPs could have a new attempt to vote on May's deal. This had been defeated multiple times and the Speaker of the House of Commons refused to allow it to be considered a further time in the same parliamentary session. However, a Queen's Speech in October would open a new session - and new opportunity to try a fourth time to pass a deal rejected three previous times by the same group of MPs as before. The second curious consequence is the planned 50 pence Brexit coin whose approval was being considered by parliament would be thrown out by such a suspension and its production stopped.

The wider picture is that Brexit is no more likely to happen. Johnson's no-deal threat is an empty promise that the EU can see through. His party's political fortunes might rest on delivering Brexit, but not if it significantly damages the economy as a no deal would - and this all may come too little if the Brexit Party cuts into Tory support splitting the pro-leave vote.

Whether by plan or design, it is far more certain that Johnson will try to pin blame on others for his failure to deliver Brexit than there will be in Brexit in name only or more. When he asked voters to "take back control" this was supposed to empower parliament, not deny MPs a voice in our parliament. The cross-party fury directed at the prime minister will have come as an unwelcome surprise - and may further hasten another twist in this saga.