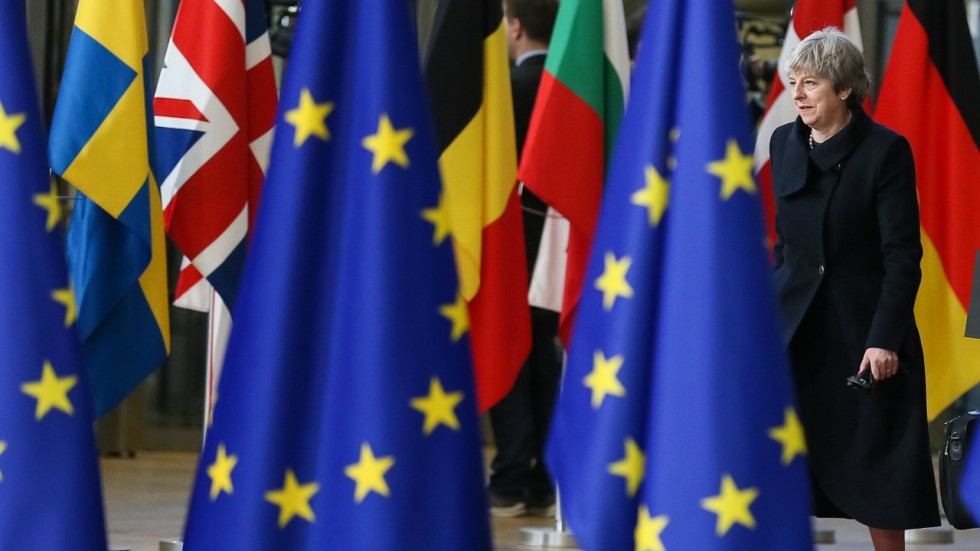 The British economy has benefited from strong global growth in 2017, a situation which has helped it to weather the uncertainties of the Brexit process.

Before the referendum in June 2016 that set Britain on a course to exit the European Union (EU), many experts and global financial institutions, for example the International Monetary Fund (IMF), predicted that deciding to leave the 28-nation bloc would not just be harmful to the British economy, but could also set it into recession.

Just before the referendum, IMF President Christine Lagarde said the global bank had found "nothing good" to say about Brexit, and predicted a possibility of economic recession.

Britain's central bank, the Bank of England (BoE), also warned then that a Brexit vote could set up a recession.

At the end of 2017, however, it is clear that the fears of the central bank and the IMF, and of many other commentators and experts, were overblown.

The British economy has grown in Q3 2017 by 0.4 percent quarter on quarter and 1.8 percent annually.

"This year has been a very strong year for the global economy. 1.8 percent is reasonable but still lagging the eurozone and makes Britain one of the slowest growing of the major economies," Howard Archer, chief economic adviser to EY ITEM Club, a London-based financial data firm, told Xinhua recently.

"It's a middle of the road performance really. You would have hoped Britain could have done a lot better, but it could have been a whole lot worse," Archer said.

THE EFFECTS OF BREXIT-INSPIRED INFLATION

The latest quarterly figures for Q3 show a rebalancing underway in the economy, with consumer spending, the recent driver of economic growth, declining, and trade making a greater contribution to growth.

He further pointed out that revised figure showed exports up by 0.8 percent, which is "quite a big upward revision to exports," adding that net trade was almost in balance as a result.

One thing that the IMF and the BoE were both correct about was that a Brexit vote would lead to a sharp depreciation in sterling, with a resulting rise in inflation.

Inflation is now seen to be near a peak of 3.1 percent according to November figures, with all forecasters predicting its gradual decline over the coming year towards the 2 percent mark which the BoE targets.

"Inflation will head back down towards 2 percent by the end of next year, and there will be a gradual pick up in earnings growth. That will help consumers," said Archer.

Wages rose 2.5 percent in October, up from an annual growth of 2.2 percent in September, data from the Office for National Statistics showed.

Consumers lessened their spending in the earlier part of the year and picked up their spending again towards the end, but the growth is not seen as sustainable by most experts and is forecast to decline next year.

"Consumer spending picked up (in Q3) but at the expense of consumers having to dip into their savings," Archer said.

While the world economy is seen by many commentators to be in robust shape, the British economy will see inflation likely to continue to outstrip wage growth, and consumers seem likely to respond with reduced rate of growth in spending, though it will ease through the year as inflation eases back, Archer noted.

The BoE raised interest rates for the first time in over 10 years in November, when it unwound its 25 basis point rate cut from August last year, made to stimulate the economy after the Brexit vote, to take it back to 0.5 percent.

The BoE's primary target is to keep inflation at 2 percent, and with the rate now at 3.1 percent and unemployment at 4.3 percent and the number of those in work near record highs, the economy is seen by some to be set for an inflationary period unless rates rise.

Amit Kara, head of British macroeconomic policy at the independent London-based think-tank the National Institute of Economic and Social Research, told Xinhua in a recent interview he expected the bank to hold off a rate increase until May on 2018.

"If, as we expect, the economy continues to expand around this pace and inflation remains elevated, there is a case for the BoE to gradually raise the policy rate to stop the economy from overheating," Kara said.

"Consistent with that view, our latest forecast for Britain is conditioned on a 25 basis points increase in bank rate every six months such that the policy rate reaches 2 per cent in 2021," he said.

With London being a global financial hub, the financial services sector accounts for 7 percent of output, more than 1 million jobs, and 11 percent of annual tax revenues.

Having a large financial sector brings substantial benefits, the BoE said in a recent report,and a deep and liquid financial market lowers the cost of finance to households and businesses across Britain and the other 27 EU nations.

The central bank noted in another report in late December that "fragmentation of the financial sector could increase the cost of financial intermediation, to the detriment of households, firms, and governments in Britain, the EU, and elsewhere."

The bank now stands ready to repatriate regulatory functions from the EU if Brexit goes ahead, and signalled in December that it intended to keep markets running and to allow continued access for EU banks with subsidiaries within Britain.

Whether the EU reciprocates, and indeed what kind of arrangements it makes for the financial services sector is a key unknown as yet for 2018 with the Brexit negotiations moving into the second phase.

"There will be a lot of uncertainties affecting business behavior and holding back investment, although we are moving on to phase two of the Brexit talks and it looks like there will be a transition arrangement agreed next year and that will help investment," Archer said.