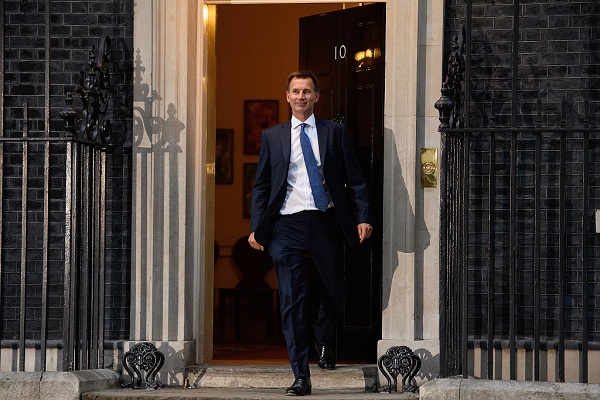 Su Xiaohui, a researcher with the China Institute of International Studies, said British politicians intended to create an excuse for the British side to interfere in Hong Kong affairs by frequently talking about the Sino-British Joint Declaration.

There is no stipulation in the Joint Declaration that allows Britain to exercise any rights over the HKSAR, nor does it give Britain the right to supervise the implementation of "one country, two systems," Su said.

The Chinese side has repeatedly pointed out that Hong Kong affairs are purely China's internal affairs that brook no interference from any other countries, organizations or individuals.

"British politicians frequently pictured themselves as 'guardians' of Hong Kong. They were essentially refusing to wake up from the illusions of their colonial past," she noted.

On July 1, some demonstrators stormed the Legislative Council (LegCo) in HKSAR and committed vandalism in a shockingly violent manner, which was a severe violation of the law.

"Some British politicians, however, slandered the HKSAR authorities' lawful handling of the offenders as an act to 'repress' the people," Su said these politicians were calling black white.

Tian Feilong, an associate law professor with Beijing-based Beihang University, said the remarks by Hunt and Patten lack the most basic common sense of diplomacy and international law, and they have misunderstood and misinterpreted the nature and validity of the Sino-British Joint Declaration.

"Hong Kong opposition camp's attempt of relying on foreigners to build itself up and international forces' interference in Hong Kong affairs have posed a severe threat to Hong Kong's prosperity and stability," Tian said.

Rita Fan Hsu Lai-tai, former president of the HKSAR Legislative Council, agreed with the mainland experts that when Hong Kong returned to the motherland in 1997, the rights and obligations of the British side under the Joint Declaration were completely fulfilled.

The Constitution of the People's Republic of China and the Basic Law of HKSAR are the constitutional documents of the HKSAR, she said, stressing that the Basic Law has been strictly enforced since the return of Hong Kong 22 years ago.

"Some former British politicians argued that Britain has the right to discuss what is happening in Hong Kong with China and should rediscover its obligation to the Hong Kong people. This showed that they misinterpreted the Sino-British Joint Declaration or pretended to," Fan said.

It is clear that the Joint Declaration did not include any content on obligations or supervisory powers of the British side after the return, said Dr. Joe Z. Fang with Hong Kong's One Country Two System Research Institute.

As to the democratic rights enjoyed by Hong Kong people, Fan stressed that Hong Kong had no democracy at all during the British colonial rule and people in Hong Kong have enjoyed unprecedented freedom of speech since 1997.

Quoting Chinese Ambassador to Britain Liu Xiaoming, Fang noted that China is not interested in diplomatic bickering, and is still committed to building a potent partnership with Britain to advance the "Golden Era" of bilateral ties.

The British politicians should discard the Cold War mentality, he added.