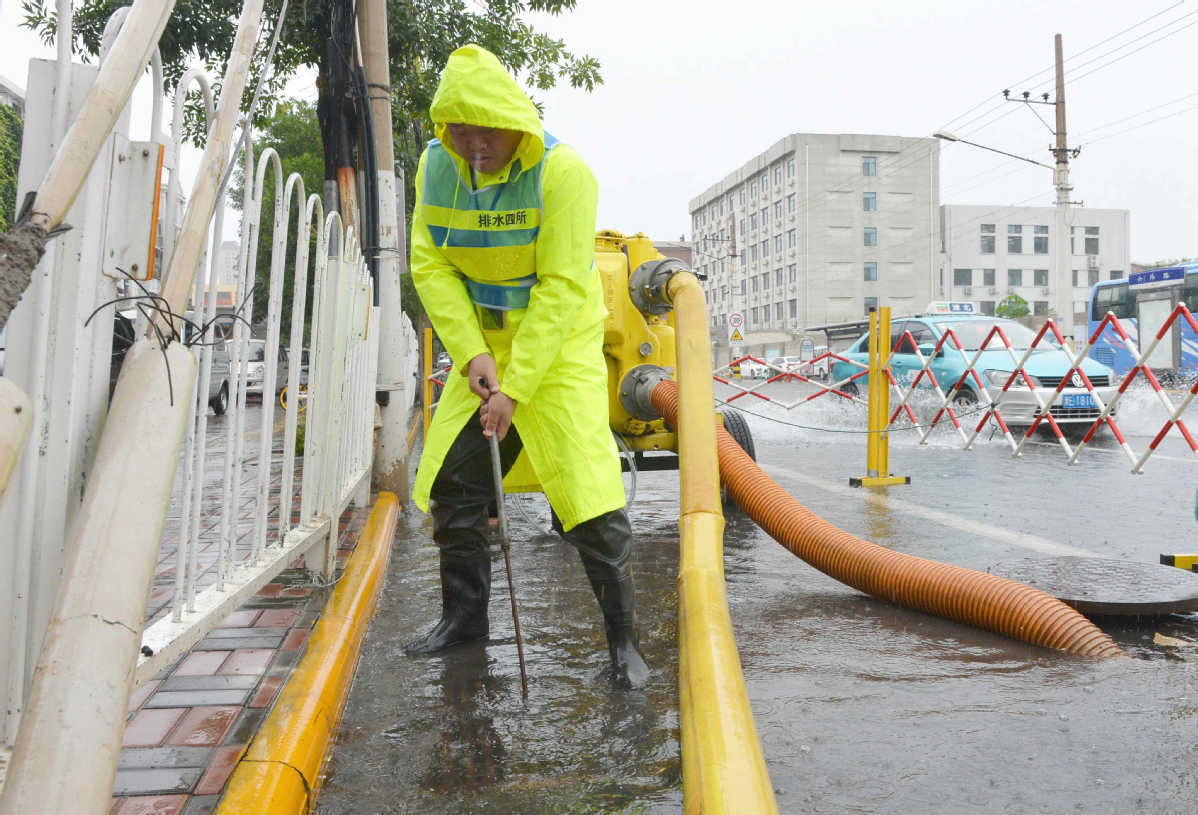 A worker drains floodwaters on a road in Tianjin on Thursday. Typhoon In-Fa brought heavy rainfall to the city. ZHOU WEI/FOR CHINA DAILY

Thursday marks the 14th National Disaster Prevention and Reduction Day, a day to remember lives lost and damages incurred during disasters while underlining the importance of disaster prevention measures to minimize possible losses during calamities in the future.

While the date is the 14th anniversary of the earthquake in Wenchuan, Sichuan province, in recent memory heavy rainfalls are the new disaster cities must prepare for. In July 2021, heavy rainfall led to 380 lives being lost or going missing in Zhengzhou, capital of Henan province.

A probe team of the State Council, China's Cabinet, found that the local government had failed in its job, because of which many lives were lost in the subways and tunnels. Some local officials received the penalty they deserved, but the tragedy should never be forgotten and important lessons need to be learned.

Even more so because this year the flooding season seems to have set in a month early. Many cities have already reported the heaviest rainfall in the past five months this year. Because of heavy population density and crowded buildings flooding can be a big problem in the cities, and have a ripple effect, curbing normal functioning.

All these highlight the need to strengthen disaster prevention and reduction measures in the cities.

On May 9, the national flood and drought prevention headquarters sounded a Level IV flooding alert across provinces, and some places raised it further to level III on May 11, the second highest in the four-tier system. It also sent working teams to one city after another to help.

Of course, resilient cities are not built in a day. It is time for the public to bear in mind the importance of disaster prevention and reduction measures, so that they jointly render efforts for building resilient cities.