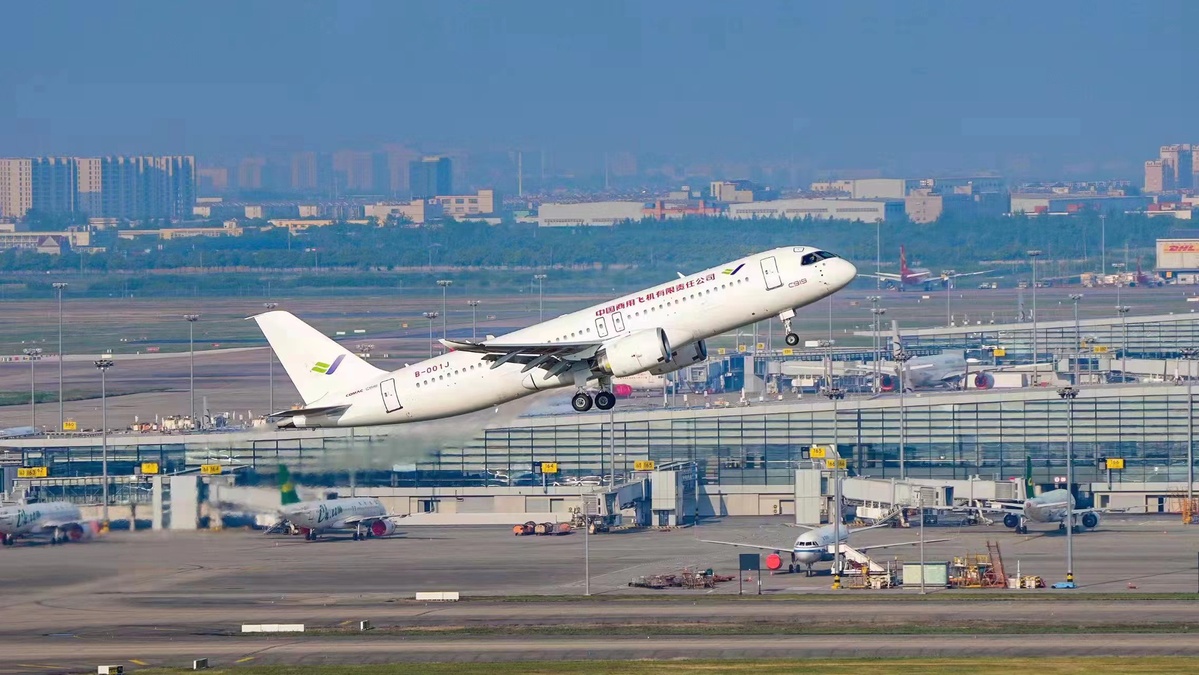 The first C919 passenger jet takes off for a test flight at Shanghai Pudong International Airport on May 14. Photo/Xinhua

On Sunday, the Commercial Aircraft Corporation of China announced that the C919 aircraft had cleared all six test flights, meaning the new aircraft model is on the verge of obtaining an airworthiness certificate.

The C919 cleared its first test flight on May 14; clearing all six test flights in two months shows how highly efficient the Chinese company is.

Many might not understand it, but test flights are no ordinary things in the life of a new aircraft model. The C919 made its debut flight in May 2017.

Test flights are more about judging the aircraft's safety and reliability. The fact that all six aircraft cleared the test flights is evidence that C919s are safe and reliable. This is unarguably good news for the domestic airline industry, which has for long depended on the Airbus and Boeing. As both these companies are from the West, there was always the fear of supply being scuttled owing to some sanctions. Now, with the C919 in place, domestic airlines can stop worrying about a supply crisis.

However, there is room for constant improvement, as some parts of the C919 are imported from the West. Even the Changjiang-1000A engine, a domestic alternative, has many imported parts. It is therefore necessary for the domestic manufacturers to work harder to constantly raise the proportion of domestic parts in the C919.

That will, in turn, help China's aircraft-manufacturing industry to go global. So far, the CACC has reportedly received about 1,000 orders for the C919, with the majority of those coming from domestic airlines. With its improved performance and better technology, more international orders will come in the future.