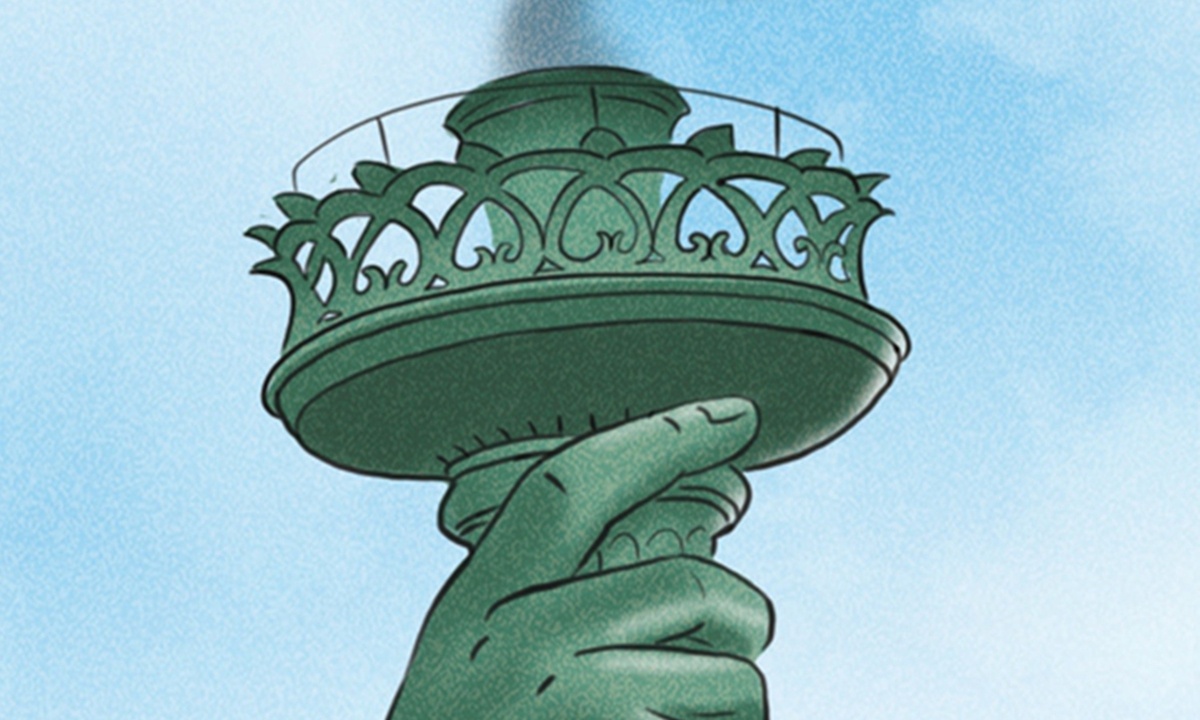 Since the 2020 presidential election campaign, Joe Biden has indicated that he aims to restore US global leadership. Biden has now been in office for almost 100 days. But so far, his priority and achievement are mainly about domestic issues. Biden is stepping up efforts to restore US global leadership. He is scheduled to convene dozens of world leaders on Thursday and Friday for a virtual climate change summit. This is classified as a US attempt to reestablish US leadership.

Former president Donald Trump's "America First" policy is the direct reason for the decline of US' global leadership. Even though Biden has not echoed this slogan, many of his moves actually follow Trump's manner. After Trump hyped up "America First," the US has fallen into a plight: If American leaders do not put US interests first, they may lose support from voters. And then they might lose the midterm election too. In this context, Biden cannot govern the country completely according to his wish. His governance is actually affected and constrained by the toxic legacy of Trumpism.

As a matter of fact, whether or not Washington can restore its global leadership is not completely up to itself. After Trump's presidency, the international community has doubted whether or not the US can play a leading role in vital agendas, such as climate change. Even if Biden said he wants to reshape US' global leadership, return to multilateralism, and consolidate relations with allies, most countries, including US allies, still suspect that the US may return to Trump's old path. In terms of carbon emission reduction, even if Biden pledges to do so, many countries suspect that once Republicans take office, they will discard it.

Although the US is still the most powerful country, its national strength, appeal, and global influence are all declining. The world is heading toward multi-polarity. The COVID-19 pandemic has led to the redistribution of global power. In the US, there is strong domestic populism. Signs of economic recovery are vague. Against this backdrop, it is uncertain whether or not the US still has the ability and energy to lead the world. US allies including Europe and Japan are skeptical about whether the Biden administration is capable of fulfilling its promises. Many US allies are emphasizing strategic autonomy and seeking multilateral diplomacy. They are trying to reduce dependency on Washington without offending it.

Before Biden took office, there were reports that questioned if the US will become "Obama 2.0" under a Biden administration. But now, the US is very different from 2008 or 2016. The US has too many domestic problems now. Biden does not have sufficient energy to spare for diplomacy. At least for now, Biden has invested relatively little in diplomacy.

Biden has said that large-scale infrastructure plans will help ensure US global leadership in the face of a rising China. It seems that Biden views China as a big obstacle that prevents it from rebuilding international leadership.

In fact, from the Obama to Trump administration, both presidents have regarded China as an obstacle to consolidate the US' global leadership. This is because China is rising at a remarkable speed, and is following a path that is different from US expectations. Washington now tends to see competition with China as a basic national policy. Their strategy now is to safeguard their own interests by competing with China. Strengthening competition with China is expected to be the US' fundamental national policy, not just for the Biden administration. We anticipate this from both future Democratic and Republican presidents.

The confrontation between the US and China has made it difficult for many countries around the world to adapt. Most countries will be confused when forcing them to take a side between the two great powers. Many other countries, especially those neighboring China, depend on the US for their security. Yet they need China for their economy. Both are of great significance. If the US continues to contain China, it will force the world to split into two camps. This will affect other countries' security. It will also seriously impact their economy, and impair their national interests.

The author is a research fellow at the Institute of American Studies at the Chinese Academy of Social Sciences. opinion@globaltimes.com.cn