OPINIONS Can “building a community of a shared future for mankind” alleviate the refugee crisis?

Can “building a community of a shared future for mankind” alleviate the refugee crisis? 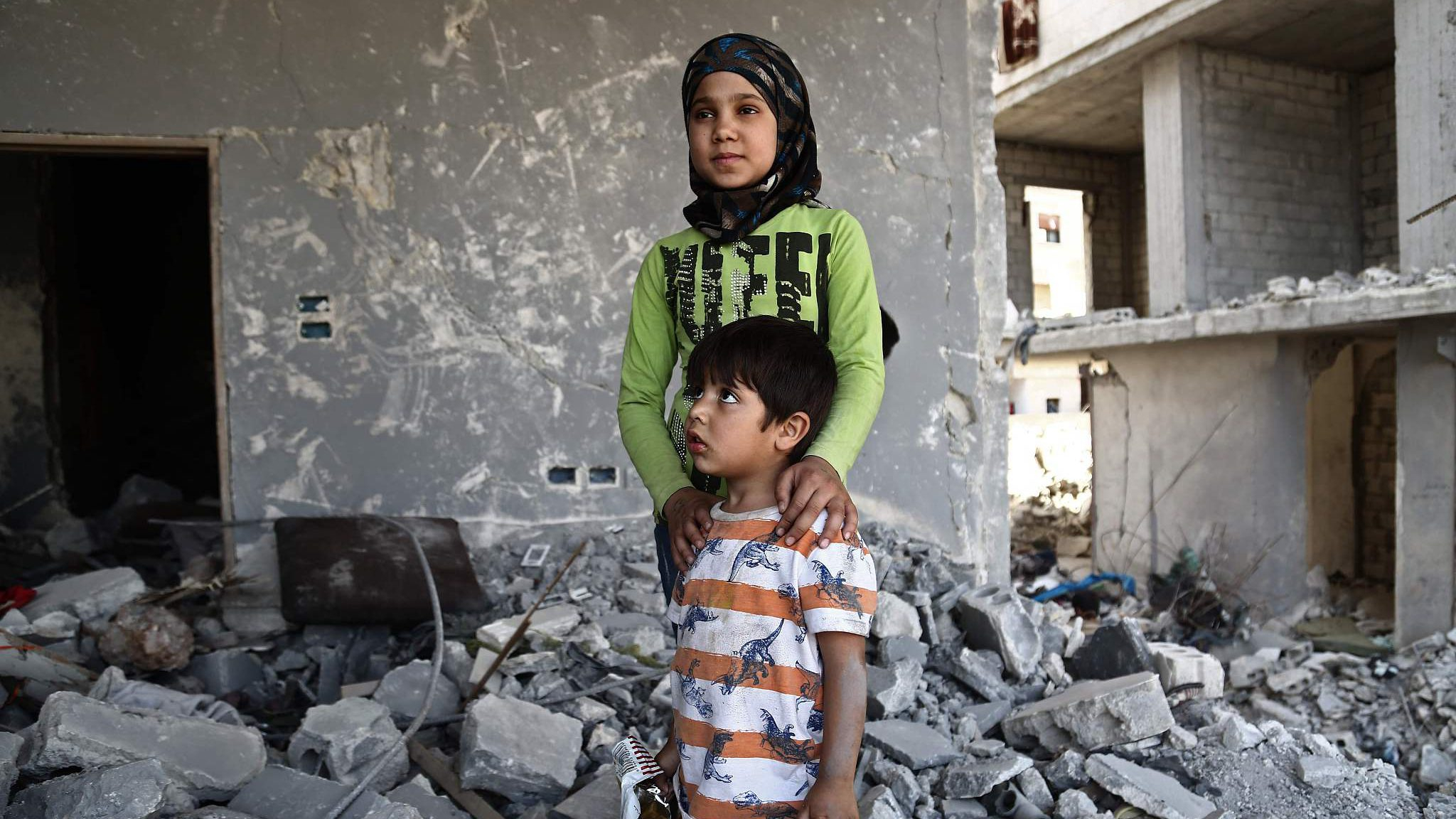 Disasters, wars, and ethnic and racial disputes have left millions of people homeless. According to the United Nations High Refugee Agency (UNHCR), by the end of 2016, 65.6 million people around the world had been driven away from their homes due to conflicts or persecutions. Among them, there were 22.5 million refugees, over half of them under the age of 18.

There were also 10 million stateless people who were denied basic rights such as education, healthcare, employment and freedom of movement. We are now witnessing the highest level of displacement on record. Every minute, there are nearly 20 people being forcibly displaced because of conflicts or persecutions. The increasingly serious refugee problem has received worldwide attention. In 2001, the United Nations (UN) designated June 20 as “World Refugee Day,” in hopes of raising public awareness of refugee issues and highlighting the contributions to refugees in society.

Generally speaking, all those who have been driven away from their homes or habitual residences as a result of armed conflicts, universal violence, invasion of human rights or natural and man-made disasters are called refugees. However, according to the United Nations Convention relating to the Status of Refugees adopted in 1951 (hereinafter referred to as “1951 Convention”), the term of “refugee” is strictly defined as someone who is unable or unwilling to return to their country of origin owing to a well-founded fear of being persecuted for reasons of race, religion, nationality, membership of a particular social group, or political opinion. The emphasis of this definition is on the protection of persons from political or other forms of persecution.

According to the 1951 Convention, the Contracting States shall accord refugees the same treatment as is accorded to nationals with respect to elementary education, public relief, labor legislation and social security and shall accord refugees the treatment as favorable as possible and, in any event, not less favorable than the accorded to aliens generally in the same circumstances with respect to moveable and immovable property, liberal profession and freedom of movement.

The 1951 Convention is both a status and rights-based instrument, underpinned by a number of fundamental principles, most notably non-discrimination, non-penalization and non-refoulement. The 1951 Convention, and the successive 1967 Protocol relating to the Status of Refugees, the Resolution 2198 (XXI) adopted by the United Nations General Assembly have all provided good protection for refugees.

However, refugees and other illegal entrants such as economic immigrants or displaced persons crossing sovereign borders may have similar problems with illegal and incomplete immigration and residence procedures, while international conventions provide refugees with higher standards of protection, factually, there are some illegal immigrants also apply for entry as refugees and become free-riders.

Even a few terrorists may use refugee status to entry and cause great risks and challenges for those countries which accept refugees. Therefore, how to identity “genuine refugees” among all the illegal entrants has become a key and important problem in practice. The fundamental objective of screening is to provide protection to genuine refugees and to repatriate illegal immigrants. The screening rule is generally to recognize the status of a refugee in principle and to deny the status of a refugee as an exceptional.

However in reality, in order to protect domestic public security, maintain the stable social order and ensure there is enough resources for nationals, and even to prevent potential injury to its weakened economy arising from a large number of refugees entering, a country actually adopted the rule that to deny the status of a refugee in principle and to recognize the status of a refugee as an exceptional. Taking the example of Italy, the number of “economic immigrants” who were repatriated in 2016 was only 1,200, compared with 19,000 in 2017. The mode of identification brings inconveniences to genuine refugees seeking asylum.

It is also evident from the data released by the German Immigration and Refugee Agency that the number of asylum applicants in the first quarter of this year has dropped by about 20 per cent from the same period of 2017. The drop in the number of applicants does not necessarily mean a significant decrease in the number of refugees. It is closely linked with the EU and some of its member states to deepen and strengthen cooperation with main sources of refuges and to strengthen maritime patrols to reduce smuggling. That is to say, it is more difficult for refugees to leave their countries, and they have to continue to endure war, turmoil, hunger and other risks in their own countries.

Due to the prolonged war in Syria and other countries, the civilians seeking asylum have less resources and capabilities compared with previous civilians forced from home, accompanied with the strengthening of cooperation between the EU and neighboring main sources of refugees, the number of refugee applications from the Middle East and North Africa may continuously decline. However, if the social instability in Venezuela or other regions continuously escalates, the number of refugees may slightly continue to increase. However, for Venezuelans, the US and Canada seem to be better destination options compared with the EU due to geographic factors.

China acceded to the 1951 Convention Relating to the Status of Refugees and its 1967 Protocol in September 1982. From then onward, China has always paid due attention to refugee issues and taken its responsibility in the international community. Over the past three years, President Xi Jinping has expounded on an important vision of “a community of shared future for mankind” on numerous international occasions.

Rooted in the time-honored Chinese civilization, the vision provides a new perspective on solutions to refugee problems. In “the community of a shared future for mankind,” all countries pursue the same goal of maintaining peace, development, fairness, justice, democracy and freedom. All countries are interconnected, even though some of them may not be directly confronted with refugee problems. Thus, all countries should shoulder the responsibility of helping refugees.

It is also undeniable that refugee problems result from a variety of political, economic, and religious conflicts between countries. Therefore, to solve refugee problems fundamentally, we need to settle the existing conflicts under the framework of the “community of shared future for mankind” so as to control the refugee population growth.