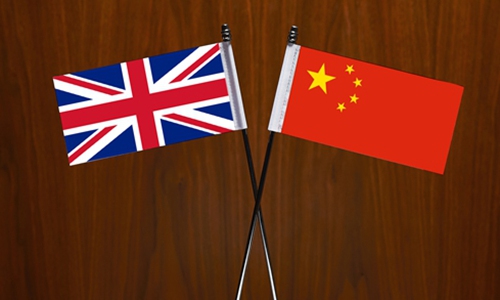 In recent days, China-UK ties have started to deteriorate due to friction in areas such as the novel coronavirus, national security legislation for Hong Kong Special Administrative Region (HKSAR), and the UK drawing up a 3-year plan to ditch Chinese telecommunications giant Huawei from its 5G networks.

At the end of January, the UK decided to let Huawei continue to be used in its 5G networks, although with restrictions, so why has London altered its stance within just over 100 days?

When it comes to Huawei's participation in its 5G networks, London's attitude seems to be ambiguous. The UK has been attempting to find a balance between China and the US. Huawei is a card the UK plays between the world's largest two economies. As a close ally of Washington, London to some extent follows Washington's China policy. However, against the backdrop of a mounting China-US rift, the UK has to keep some distance from the US, in an effort to pursue more economic gains from the huge Chinese markets.

Due to COVID-19, the US has ramped up its attack on China and has been trying to contain China with its allies. The UK government's decision to remove Huawei from its 5G networks may have been influenced by the US.

Negative remarks on national security legislation for HKSAR by some British politicians and media outlets have been made in recent days. For example, the former governor of Hong Kong Chris Patten called the legislation "a betrayal of the Hong Kong people."

The colony era has long been over, but the UK still tries to maintain certain influence over Hong Kong. In recent years, London has paid much of its attention to leaving the EU and has been relatively less aggressive on Hong Kong affairs.

Adopting a stance on the national security legislation is more of a show of UK's diplomatic position. Actually, like Washington, London is also reluctant to see impact on its investment and economic ties with both Hong Kong and the Chinese mainland by taking substantial moves against China over the legislation.

Lionel Barber, former editor of the Financial Times, wrote an op-ed article for the Nikkei Asian Review, saying that "UK and China's 'golden era' comes to abrupt end." Beijing-London bilateral ties have suffered a setback in recent years. Since the two countries believed they entered a "golden era" of their bilateral partnership in 2015, the UK has been stuck in the mire of Brexit, and has put aside further developing its relations with China.

Furthermore, since US President Donald Trump took office in early 2017, China-US ties have been deteriorating, which has affected the UK's China policy to some extent.

However, some conditions to maintain the "golden era" between the two countries still remain. London proposed its version of "Global Britain" and is giving an increased priority to the Asia-Pacific region to stretch its development in the post-Brexit age. In the face of huge Chinese markets, the UK has great potential to cooperate with China.

Where will China-UK ties head in the post-pandemic age? It is understandable that the UK will take the evolvement of China-US relations into a prior consideration. Not only because that the two big powers' relations will largely shape the international environment in which the UK will live, but also because that the UK wants to gain the benefits from both the US and China. Once Washington is capable of rallying its allies to contain Beijing in areas such as Huawei's participation in 5G networks in these countries, the UK will find it difficult to keep this "balanced diplomacy."

However, a kind of balanced benefits is in the interests of the UK, so it is unwilling to pick a side between China and the US, which is inconsistent with its national interests. Economic gains from cooperating with China are essential for the UK to maintain its vitality in the aftermath of Brexit.

From the perspective of London, in the near future, it will cooperate with Beijing in areas such as economy and finance, but continue to have friction in domains like politics, human rights and ideology. Coordination and rifts will co-exist between the two. Beijing and London may enter into a tense accommodation with each other.