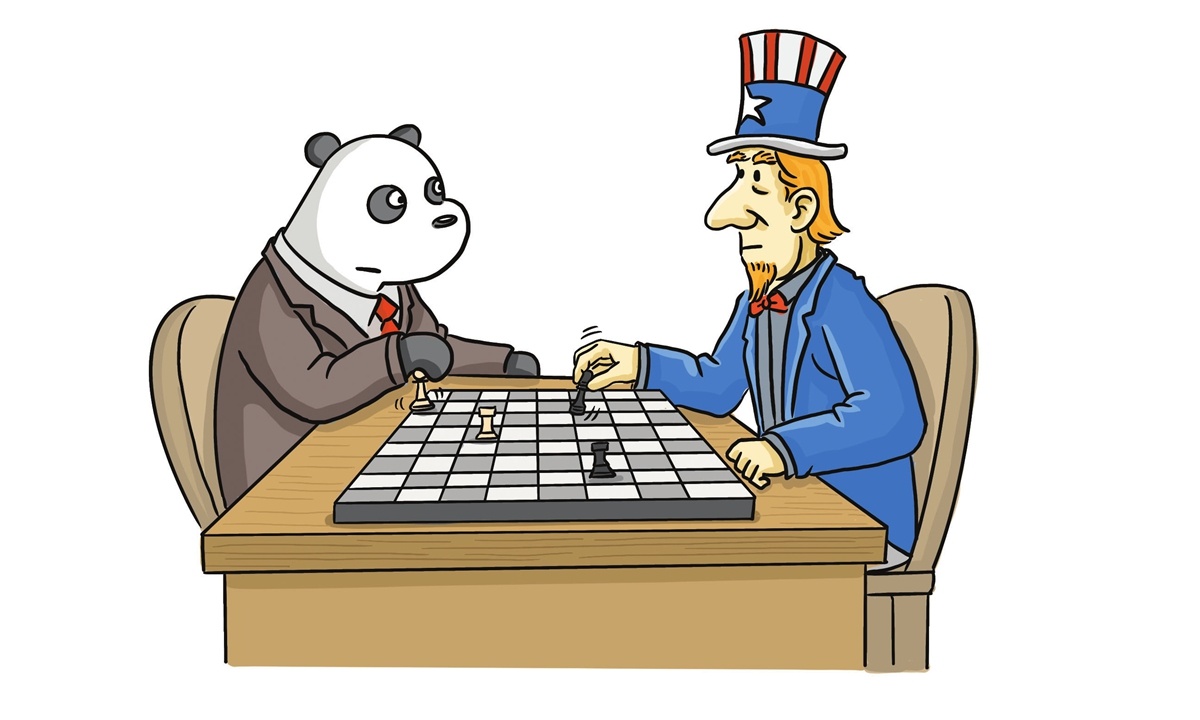 The "2+2" senior level meeting between China and the US scheduled on March 18 and 19 in Anchorage, Alaska reflects a positive development in the China-US relationship.

At the US invitation, Chinese Member of the Political Bureau of the CPC Central Committee and Director of the Office of the Central Commission for Foreign Affairs Yang Jiechi and State Councilor and Foreign Minister Wang Yi will meet US Secretary of State Antony Blinken and National Security Advisor Jake Sullivan at the meeting.

The arrangement shows that the two governments need to reengage in dialogues after suffering the huge damages to China-US relations under the past four years of the Trump administration. There is hope that through high-level talks, the direction of the two countries' relations can return to stable and constructive development track.

At present, China-US relations are facing major difficulties owing not only to prevailing populism, white supremacy, and anti-globalization movements in the US. The Trump administration had been demonizing China for four years, laying very negative impacts on US society and political circles.

Currently, right-wing Republicans are still taking advantage of anti-China stances to pile up their own political resources in order to emphasize the political correctness of their campaigns.

Moreover, due to the raging COVID-19 epidemic, hatred, suspicions, and fear toward China are becoming more deeply rooted in the US. The Biden administration has to handle a series of serious challenges with the coronavirus crisis, environmental protection, and economic recovery.

The Biden administration doesn't have much room in regard to fully adjust its China policies. After all, it is domestic politics in the US that have exerted an unprecedented negative impact on the China-US relationship.

However, it must be remembered that the China-US relationship is important not just because the two countries are the largest and second-largest economies in the world. Stable cooperation between the two countries can help assure world peace, stability, and prosperity in the 21st century.

It is now a major test for both countries regarding how they can put political antagonism and the extreme moves of anti-China right-wings behind them. Although Biden's China policies can hardly go beyond US domestic politics, the engagement with China should not be wastefully sacrificed because of US domestic political struggles.

This coming meeting next week can be seen as the first step to reset China-US relations. In order to repair and move forward the two countries' relations, the following courses of action should be set in motion. First, to restore dialogues especially high-level ones.

Second, it is necessary to restart working-level dialogues regarding disputed issues in the fields of trade, science, and technology. There should be pragmatic responses to each other's concerns. Third, regarding the Taiwan question and South China Sea issues, Washington should stick to one-China policy and respect our core interests.

The participation of Sullivan in the meeting conveys that the talks are not just about diplomacy - it will also eye security. This is now the most sensitive topic concerning China-US relations. It is hoped that both sides can meet each other halfway in this regard.

The 2+2 meeting will also be an opportunity for the two sides to draw lessons from the past, reduce wrongdoings due to sentimental reasons. There will be room to figure out a pragmatic path that can really stabilize China-US relations during Biden's presidency. The efforts to reach such a goal represent the two governments' willingness and beliefs to bring their relations back under a constructive framework.

The choice of meeting location mirrors the political resilience of bilateral ties. Alaska is located in the middle of China and the US. It will also become the first US state to offer COVID-19 vaccinations to all adults. From the perspective of safety, this is a good place to hold the high-level meeting. That being said, the meeting is worth looking forward to. It is hoped that the relationship between China and the US can break the ice and thaw the frost with its "Alaska moment."

Since the establishment of diplomatic ties between Beijing and Washington in 1979, the relationship has gone through twists and turns. No matter how many disputes there are between the two sides, only stable and cooperative relations can serve the fundamental interests of the peoples and governments of both countries. Blinken once said, "our relationship with China will be competitive when it should be, collaborative when it can be." The Chinese government has also showed its goodwill to meet the US halfway, bringing the ties back on stable and constructive tracks.

Some media outlets are interpreting the meeting from highly skeptical standpoints. But it is believed that the dialogues carry extraordinary significance from both countries. Simple skepticism can hardly overwhelm the hope to see the two major powers normalize ties after four years of total turmoil.

The author is a professor of international relations at Nanjing University. opinion@globaltimes.com.cn