Can Germany overcome bias against China? 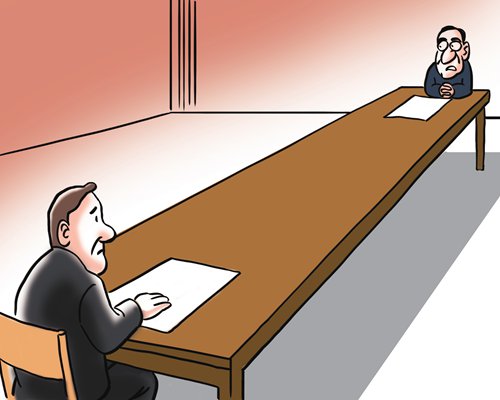 New disagreements between China and Germany have added to the already troubled bilateral ties. The recent troubles were stirred up by the German side that misunderstood certain issues or viewed China with prejudice. Behind the rhetoric lies problems with Berlin's mind-set. The powerful European nation has yet to adapt to the rise of China; it is anxious about China's behavioral patterns and is in disagreement with China's systems and rules. Germany has not got used to a rising China. Consider the following economic statistics. Since 2000, China's aggregate economic output has outpaced several developed countries, making it the world's second largest economy. It surpassed Germany's economic output in 2007 and was more than three times its size in 2016. Though the Chinese economy needs to improve its quality, its size alone is enough to make Germany feel uncomfortable. In addition, China's rising political and diplomatic influence over the years has also exacerbated Germany's uneasiness. Restrained by history, the German elite and people tend to play it safe and fail to adapt to changes in the outside world. Most of them are unwilling to understand China and lack proper channels to do so. Influenced by media critical of Beijing, the German people have misunderstood China and developed prejudices. That's why it's harder for them to understand China's dramatic rise and impact on the international order. Even at the peak of China-Germany ties, there was a huge gap in attitude between the German government and its people toward China. Various opinion polls between 2008 and now reveal that China's reputation in Germany is the lowest among all European countries. A slew of anti-China activities has taken place because of rising populist mood within Germany. Minor contradictions between the two countries are easily exaggerated. Germany is also not sure of China's behavioral patterns. German public opinion is rooted in the fear of China being a non-transparent, unfair and unruly investor and untrustworthy player in international affairs. This derives both from Germans' intolerance of other cultures and from their emphasis on rules and regulations. Such misgivings ultimately originate from a superiority complex. As a country that rose from the shambles of the catastrophic WWII, Germany is very willing to pass its experience to China on how to avoid repeating history. It however ignores China's long-standing civilization and its aversion to war as a victim. In this interconnected world, the Oriental wisdom of seeking harmony in diversity is a step up from the clichéd, black-and-white German mind-set. Ultimately, Germany disagrees with China's system and development path. Given the East-West divide of Germany since the end of WWII, and hardened by vagaries of the Cold War, the country often sees China through a colored lens. "Shaping China" has been a wish of some German elite, so they would show their disapproval when China adheres to its own road of development and political system. In the wake of China walking into a new era, Germany is acquiring a more complicated mind-set. On the one hand, it has increasing space for cooperation with China due to the latter's direction of development, including its opening-up policy and assumption of more international responsibilities; on the other hand, Germany, as a country with vested interests, is feeling pressured by economic and institutional competition in the current international order, as China builds itself into a "great modern socialist country" that is contributing more Chinese plans and walking toward the center of the world stage. Hence, cooperation amid confrontation will be a prominent feature of Germany's attitude toward China in the future. Nevertheless, its wide and converging interests with China will help Germany gradually wipe out concerns. The process may be painful and recurring. But after all, Germany is a nation good at introspection and it will recognize that engaging in pragmatic cooperation while discarding pride and prejudice is the right way to get along with China.