India's general election, to be held from Thursday to May 19, is regarded as the largest democratic exercise in the world. More than 900 million voters aged over 18 will elect 543 members to the Lok Sabha, India's lower house of parliament, from candidates belonging to hundreds of political parties. 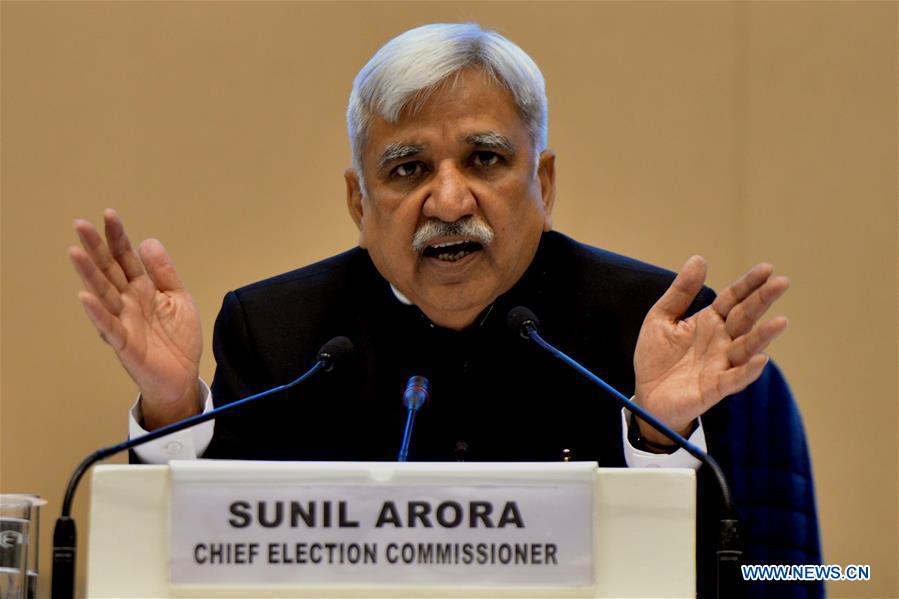 The massive spending on elections, dramatically furious competition and about 1 million polling stations with some even inside forests and mountains, have attracted global attention. The New Delhi-based Centre for Media Studies estimates that the election will cost around $7 billion.

The aim of the election and whether the elected leader will lead India to modernization, a dream since the country's independence in 1947, have been sidelined. All the focus is on whether the right election procedures framed by British colonizers at the time they withdrew from the country are followed.

All believe that as long as they elect according to the set standards, India will have a government capable of leadership, making 1.3 billion people work together to achieve the set target.

The West is more concerned about this political procedure in developing countries than its results. It is not willing to give up such concerns, since this is the bedrock of the West's success and its influence around the world.

This system does have something to be proud of. At least it ensures that the nation, which was largely defined by the British, can maintain unity. Furthermore, the right process also contributes to justice in the multi-ethnic nation.

However, the right procedures alone cannot guarantee efficient governance. Up to now, Indian politicians have emphasized they should promote national unity, equity and inclusiveness through elections, which is far from what ambitious Indians desire.

In light of the grand vision proposed by Indian Prime Minister Narendra Modi's administration, this Asian giant will turn to be a new India in 2022 and $5 trillion economy by 2030, which almost doubles the size of its GDP of $2.6 trillion in 2018.

To boost India's economic development and people's welfare, an ambitious target is insufficient. The country needs an efficient government, which is capable of gradually addressing specific issues, such as increasing youth employment and preventing sexual assault on women.

After we read a series of reports and opinions on India's election from across the world, a question arises: Even if it is said that India's election is the best demonstration of democracy, will it produce an efficient government which can realize its goal? Or is it just a show?

This is not the problem only of India. Many developing countries gaining independence after the WWII have been caught in a dilemma of democracy and governance. Democratic elections seem inevitable, which is politically correct, but its products - government and governance - are not as efficient as what is described in Western textbooks.

Is there something wrong with the system, or can't it produce good government in cultures which are different from the West? In short, it is worth discussing that democratic elections and the quality of governance are not the same thing.

India's election season kicked off dramatically, those attracting eyeballs are yet to come. The question is not about whether Modi can be reelected, but about how many of the reforms candidates promised before the election can be materialized. How can the freebies to lure voters, such as education loans, free gas tanks and ladies' bicycles, be turned into stable and long-term policy?