OPINIONS Can Japan ties go back to Nakasone days?

Can Japan ties go back to Nakasone days? 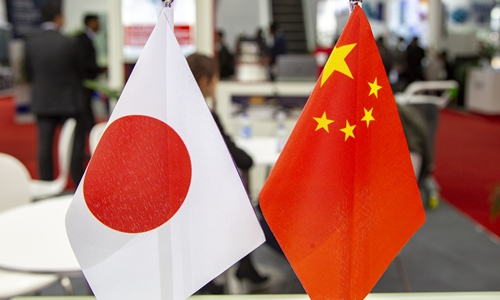 Yasuhiro Nakasone, the former Japanese prime minister who had played a crucial role in driving China-Japan relations into a honeymoon period in the 1980s, died on November 29 at the age of 101.

"I cannot help but feel deep sorrow upon receiving the news of his death," said Japanese Prime Minister Shinzo Abe.

A Chinese Foreign Ministry spokesperson praised Nakasone's "important contributions to our bilateral relations" and "deeply mourn(ed) for him" on the same day. US President Donald Trump also sent "deepest condolences" and set a high value on his "efforts to strengthen the US-Japan alliance."

Nakasone was the fifth longest-serving prime minister of Japan after the WWII. Many domestic and foreign policies during his term of office have a profound impact on today's Japan.

Born to an ordinary family in Gunma Prefecture, Nakasone claimed the top job in Japan through his own efforts.

During his tenure from 1982 to 1987, he excluded military technology cooperation with Washington from Tokyo ban on arms exports, broke the rule on limiting Japan's annual defense budget to 1 percent of its gross national product, and proposed to revise Japan's constitution. In recent years, Tokyo has relaxed arms export limits, and boosted its defense budget, which can be seen as an extension of Nakasone's policies.

In diplomacy, the Nakasone administration strengthened the Japan-US alliance, supported and facilitated US strategic deployment in Asia, and established a good personal relationship with then US president Ronald Reagan, bringing security ties between Tokyo and Washington to unprecedented heights. His successors, including Junichiro Koizumi and Shinzo Abe, have emulated Nakasone's ideas in varying degrees in dealing with US relations.

But Nakasone's term of office also witnessed the fiercest economic and trade friction between Tokyo and Washington. The well-known Plaza Accord was signed among France, West Germany, Japan, the US, and the UK during his administration in 1985.

Nakasone was Japan's first prime minister to visit South Korea after the WWII. He also built personal ties with then British prime minister Margaret Thatcher, and Hu Yaobang, then general-secretary of the Central Committee of the Communist Party of China. He was thus regarded as a Japanese leader with the broadest international vision.

The Nakasone administration and the then Chinese government presided over the honeymoon period of China-Japan relations, and Nakasone's personal contributions to the healthy development of ties cannot be ignored.

During his visit to China in 1984, Nakasone announced his plan to offer 470 billion yen (approximately $2.1 billion) of low-interest loans to China, providing financial support for the latter's modernization. The two governments also agreed on 3,000 young Japanese people visiting China, which enhanced mutual understanding between the citizens and added impetus to the development of bilateral ties.

Nakasone's tribute at the Yasukuni Shrine on August 15, 1985, once led to strains in China-Japan relations. But the prime minister in no time went into damage-control mode and sent a letter to then-Chinese leader Hu, explaining the reasons, apologizing, and promising no more visits to the shrine.

Many of Naksone's successors have also paid tribute at the Yasukuni Shrine, including Koizumi and Abe, but none of them apologized, offered an explanation or promised never to visit the shrine again.

Today, ties between China and Japan have come out of the doldrums and can be seen improving. But compared with the intimacy in 1980s, the two sides still have a long way to go. It can be observed from bilateral relations during the times of Nakasone that Japanese officials' holistic perspective of the situation is particularly important for relations between two countries.

Since the end of the Nakasone administration, China-Japan ties have been through ups and downs. Although there has been no lack of good times, the sense of estrangement has increased. Especially since the 21st century, the two East Asian countries were once even on the brink of war.

The estrangement has been led by the surge in nationalist sentiments in both countries as well as provocations by external forces. But the crux of the matter is whether Japan can view China's development in the right spirit and handle bilateral relations with a focus on its overall interests.

It is hoped that current Japanese politicians can bear in mind the larger picture, so as to promote stable relations, and perhaps drive bilateral ties once again into a honeymoon period.