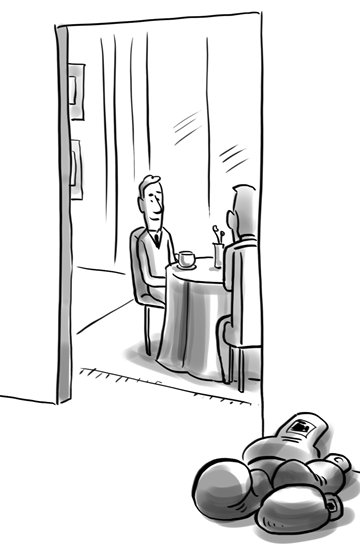 Before US President Donald Trump's visit to Asia, as always, some American scholars gave suggestions as they anticipated what would happen. Their point was the same across the board: the US should consolidate its relationship with its allies to balance China's rise and to guarantee US leadership in the Asia-Pacific region. A common concern is that Trump is trying to break the order established mainly by the US in the Asia-Pacific, and he intends to solve some problems bilaterally on a case-by-case basis. This will lead to the collapse of the system established by the US after World War II.The original order was built by the US on the basis of the common interests of its allies. The boundaries were driven by ideology and followed the basic political and trade rules established predominantly by the US.Having found this framework was not as solid as it had been during the Cold War and because of new challenges posed by China's rise, former US president Barack Obama came up with his rebalance to the Asia-Pacific strategy, using ideology to recreate cohesiveness. Using the same reasoning, American scholars believe that the US should strengthen its leadership of this system to balance the rise of a stronger China that differs from the US ideologically. They see Trump's decision to withdraw from the Trans-Pacific Partnership free trade deal as a betrayal to the order.This was well-illustrated by US scholar Robert Kagan in Foreign Policy magazine in an article published on February 6 titled "Backing Into World War III."He thought that if the US quits the world order, if the US and its allies cannot form a front to effectively confront China and Russia, the result would return to teetering on the brink of World War III.This view, which seeks to continue a Cold-War mentality, is mistaken in at least two aspects. First, it's not possible now for the US and its allies to be the sole arbiters of order in the Asia-Pacific. It's just like an international summit. Deciding how to place the chairs around the table cannot be determined just by the US and its allies. Unlike before, China already has a seat at the table, and it no longer has to wait outside for the US to announce its decisions.Second, it is impossible for the US to turn its alliance into a force to counter China. As the interests of China, the US and other regional countries intermingle, seeking to balance China will come to nothing. More importantly, China is seeking to build a mechanism of cooperation and conflict control in the region.Some Indian scholars are desperate for such an alliance. They believe there will be a alignment between the US and Japan to confront China militarily. But this is only a childish illusion.If military conflicts over border issues break out between China and India, as some Indian scholars assume, who would push to the fore, Indian, American or Japanese soldiers?So if Trump really does not intend to protect the outdated order, as some critical American scholars posit, and instead chooses to maximize US interests through bargaining, isn't that progress? That means the US and China will begin to conduct negotiations on an equal footing. The negotiations won't be easy. The two sides may even haggle over every cent, both asking for concessions. But when two powers seek a new relationship model that has not been seen before to avoid the historical trap in which the rise of a power must trigger conflicts with another, such bargaining is essential. If the US and China can figure out how to get along with each other little by little in long-term negotiations, a new order will then be gradually shaped to serve the interests of all countries in the region.