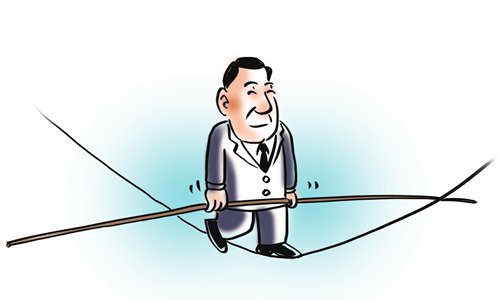 Singapore hosted the ASEAN Senior Officials' Meeting Retreat in mid-January. Prime Minister Lee Hsien Loong attended the celebrations after the meeting, highlighting the determination of the current chair of ASEAN to promote the unity of this Southeast Asian bloc. Singapore is not only the rotating chair of ASEAN in 2018, but also serves as country coordinator of the ASEAN-China Dialogue Relations. Its dual role is key to the further development of China-ASEAN relations this year. In recent years, the relationship between China and Singapore has been somewhat bumpy. Last fall, Singapore took the initiative to improve ties with China, with Lee's visit before the 19th National Congress of the Communist Party of China in October 2017. He met with the Chinese leadership and bilateral relations have gradually returned to normal. Singapore is expected to help deepen China-ASEAN ties in 2018. But at the same time, this small city state may face some challenges.First, will Singapore walk a fine line between major powers? For years, Singapore has adopted the balancing act as its diplomatic approach. But given its strategic position and values, its diplomacy actually leans toward the US, especially in military matters. Can Singapore treat China and the US on an equal footing in 2018?Second, will Singapore balance its ties with China and ties with India and Australia? Two months ago, Singapore and India signed the revised Defense Cooperation Agreement to boost cooperation in maritime security. It allows Indian naval warships to enter Singapore's port, a major breakthrough in bilateral defense ties. Meanwhile, Singapore is planning an ASEAN-Australia Special Summit to be held in Sydney in March. Does Singapore have any motivation to counterbalance China?Last but not least, will Singapore adjust its South China Sea policy? The chill in China-Singapore relations was attributed to Singapore's South China Sea policy which infringes upon China's core interests. Singapore grants US military forces access to its Changi Naval Base and allows US Navy littoral combat ships to be based there. It even grants the US permission to fly sophisticated surveillance aircraft out of its territory to monitor China's activities in the South China Sea.  As many ASEAN countries, especially the Philippines, have started to adjust their South China Sea policies, will Singapore do the same?We believe Singapore has the wisdom and ability to walk out of its diplomatic dilemma. We also expect it to contribute to better China-ASEAN ties. First, as a mutual friend of both China and the US in the Asia-Pacific, Singapore should be good at coping with its relationship with both. Singaporean officials, including Prime Minister Lee, have all spoken of the importance of Singapore maintaining good relations with China and the US. Only when Singapore does not attach itself to either China or the US can it truly exercise its balancing act.Singapore is also expected to cope well with its relations with India and China. We support Singapore to act independently when engaging with countries in and outside the region. But meanwhile, it should be cautious about the US Indo-Pacific strategy. The strategy is still in its infancy. Before Singapore finds its own place in this strategy, it should balance its ties with China and India.Singapore should promote the signing of the South China Sea code of conduct (COC). With years of efforts, China and ASEAN countries in August adopted a negotiating framework for the COC in the South China Sea. China has proposed actual COC negotiations to take place and to make it a stabilizer of peace in the South China Sea.This year marks the 15th anniversary of the establishment of a strategic partnership between China and ASEAN. At the 20th China-ASEAN leaders' meeting in the Philippine capital of Manila in 2017, Chinese Premier Li Keqiang proposed formulating a vision for the strategic partnership between the two toward 2030 to upgrade cooperation. Some ASEAN countries are actively promoting this vision that can help stabilize China-ASEAN ties. During this process, Singapore is expected to play a vital role.