OPINIONS Can the US and China ever build a new type of security partnership?

Can the US and China ever build a new type of security partnership? 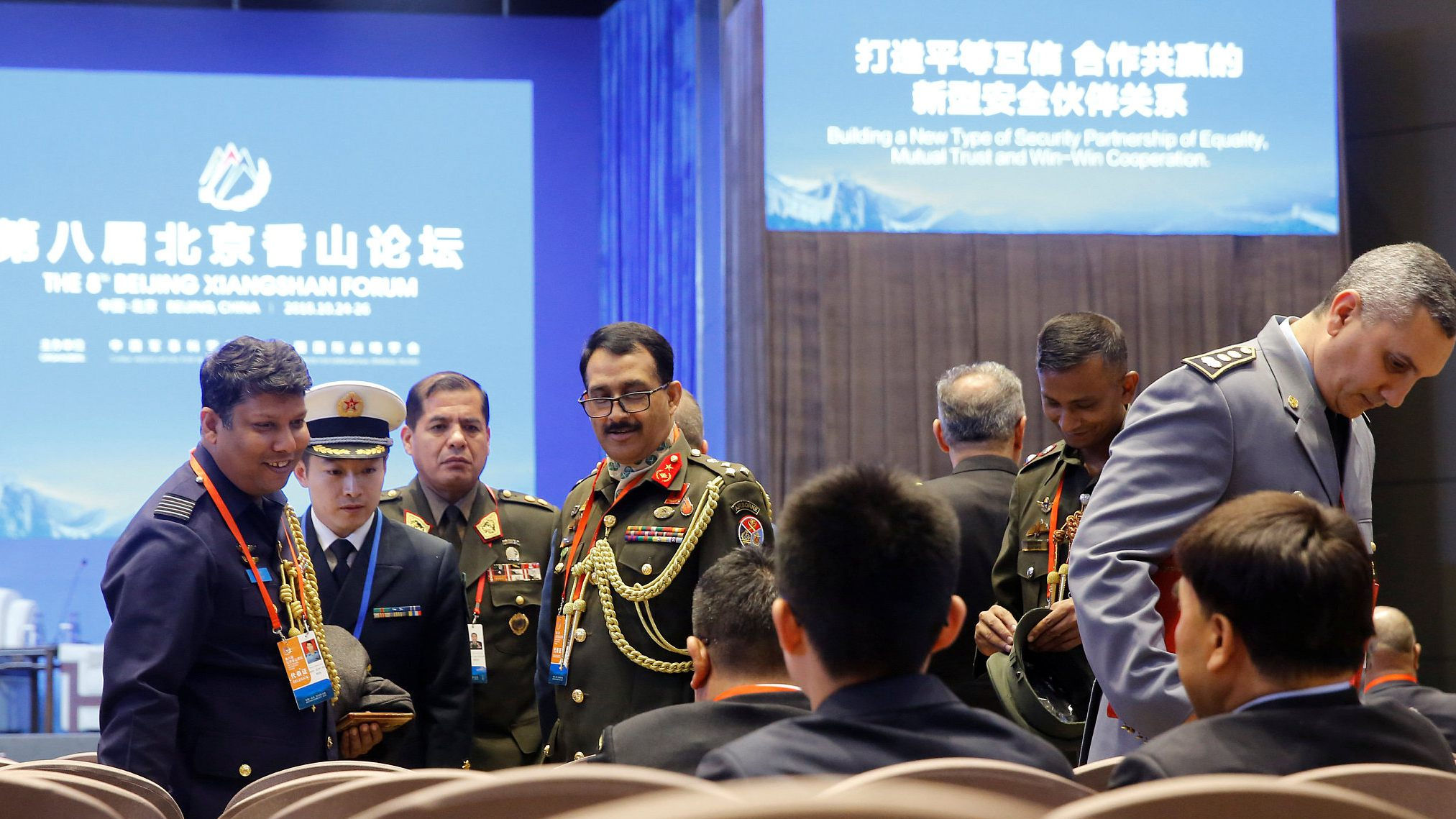 The 8th Beijing Xiangshan Forum, a "track 1.5" high-level multilateral defense and security dialogue, is underway in Beijing. The theme of the forum, namely, "building a new-type of security partnership featuring equality, mutual trust, and win-win cooperation," is especially relevant, at a time when US President Donald Trump's administration is unraveling and reshaping the existing international order, causing a chilling effect on China-US relations.

China has been actively pursuing a relationship with the US based on the principles of no conflict, no confrontation, mutual respect and win-win cooperation. It is a sincere attempt on the Chinese side to address the security dilemma that is commonly associated with interactions between an established power and a rising power. In China's belief, the Thucydides Trap can be, and should be avoided.

During his first visit to China in March 2017, the then US Secretary of State Rex Tillerson affirmed to his Chinese host that the US side was ready to develop relations with China based on the aforementioned principles. But his statement drew criticism back in the US for making "a big mistake" of "parroting" the catchphrases of the Chinese government's vision for the relations.

Reluctance on the US side to use such phrases as equality, mutual respect, mutual trust, and win-win to describe China-US relations shows that the Trump administration is not ready to develop a mutually beneficial international relationship based on agreed terms by all parties involved and within the limits of the current rules of the international system.

As it has turned out, with his "America First" mantra, Trump is pursuing more unilateral policies and embracing narrow-minded nationalism on the world stage, even questioning a decades-long US engagement policy toward China.

Less than two years in office, the Trump administration has withdrawn from the trans-Pacific trade deal, the Paris climate accord, the Iran nuclear deal, the UN's science, educational and cultural organization, the UN Human Rights Council, threatened to prosecute International Criminal Court judges if they proceed with investigations into alleged war crimes by US troops, suggested the US might quit the World Trade Organization, and unceremoniously declared the Intermediate-Range Nuclear Forces Treaty dead. It started trade wars with many countries, including China.

These moves, among others, suggest that the US is trying to rewrite the international order. Ironically, the Trump administration views the US as a victim of the "world order" the US helped create out of the destruction of World War Two. The US has been the primary beneficiary of that order.

But with economic globalization, especially with the rise of China and emergence of a large group of developing countries, the US increasingly feels that it no longer enjoys the same level of freedom and benefits of action as before in terms of international affairs.

The widespread perception that the US is shifting to a zero-sum, more parochial, and narrowly nationalistic posture is nowhere more apparent that the Trump administration's rhetoric and action against China.

The Trump administration has increasingly viewed China as a hostile existential threat to US national interests, and officially labeled China a "strategic competitor" and "revisionist power" trying to "shape a world antithetical to US values and interests." President Trump declared that "we are engaged in a new era of competition."

Through the prism of strategic competition, the US interprets Chinese domestic and foreign policy and measures as contrary to US interests and ideology. The US has unleashed a series of rhetorical attacks and policy adjustments against China, including US Vice President Mike Pence's belligerent speech at the Hudson Institute.

China has no intention of engaging in a zero-sum Cold War with the US and is working hard to look for win-win results with the US. However, President Trump does not believe in a "win-win" model and is obsessed with his "win-lose" model as evidenced in his trade war with China.

At the 8th Beijing Xiangshan Forum's opening ceremony on Thursday, Chinese State Councilor and Defense Minister Wei Fenghe criticized the US for creating tensions and damaging bilateral relations, saying that "such acts have seriously jeopardized Sino-US ties and mutual trust and cooperation."

He urged the US to correct its mistakes and stop damaging China's interests and Sino-US ties. At the same time, he said that China does not believe in a confrontation-based security pattern and that the world should not return to the path of Cold War.

It takes two to tango. While China will never pursue hegemony or expansion and will not take part in any arms race, the US should also rethink its negative approach to China. Now that the Trump administration is aggressively seeking to challenge China's interests on both the economic and security fronts, China has no option but to firmly stand up to whatever challenges the US may pose to China. Any attempt to disrupt China's development and dampen its success story will end in failure.

A new type of major country relationship in general and security partnership, in particular, is possible for the two countries only if the US drops its Cold War mentality.