OPINIONS Can US arms sales to Taiwan be curbed? Yes and undoubtedly

Can US arms sales to Taiwan be curbed? Yes and undoubtedly 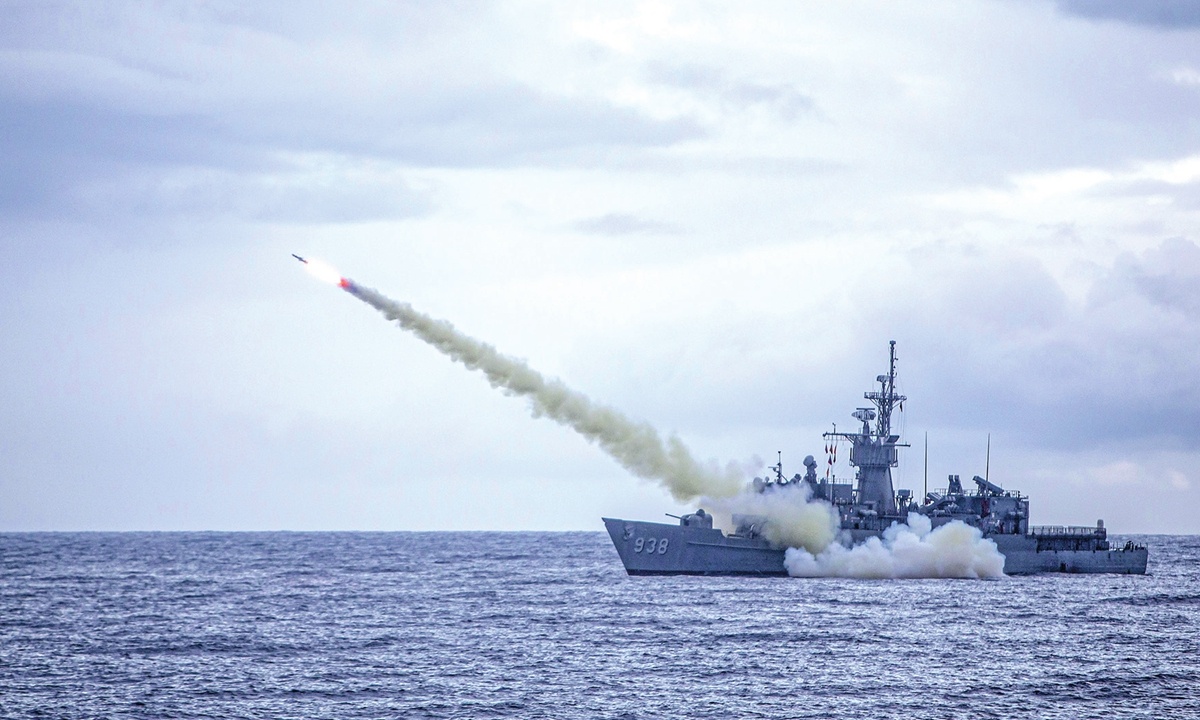 The US has decided to sell 100 Harpoon Coast Defense Systems to the island of Taiwan for $2.37 billion, a deal that Taiwan authorities have welcomed and appreciated, according to Western media reports. It is reportedly the fourth of seven arms sales that Washington announced in September, and the second to have been approved in a week.

US arms sales to Taiwan have broken some previous restrictions under the Trump administration, becoming significantly more aggressive with an increase in the attack capability of the weapons. It appears that the country aims to gradually eliminate the taboo of selling defensive weapons to Taiwan by doing so. In the past, the US refrained on aggressive arms sales to Taiwan, except for the deal that the George H. W. Bush administration made in 1992 when the US sold 150 F-16 fighter jets to the island.

With the intention of using the "Taiwan card" to undermine China's development strengthens, the US is now seeing arms sales to Taiwan as a favorite trick of straight flush as it not only plays up the island's increased dependence on it and hope of "Taiwan secessionists" on the US over security, but also provokes the Chinese mainland. Washington has put itself on a position of being both player and banker in the risky game across the Taiwan Straits.

However, the increasing strength provides the Chinese mainland with a theoretically higher control of the situation. We should have the courage and wisdom to activate this capability, create leverage to exert strong influence and limit US arms sales to the island, and gradually seize the initiative in the game.

First, we should make an objective and firm judgment on the comparison of military strength across the Taiwan Straits - that is to say, the military strength of the mainland have formed an overwhelming advantage over Taiwan, which cannot be changed by US arms sales to Taiwan.

This gives us the strategic advantage to resolve the issue of US arms sales to Taiwan once and for all. We have the initiative in hand to decide how to eliminate this problem - on how long, at what intensity, and at what cost.

The momentum of US arms sales to Taiwan must be checked to fight the arrogance of "Taiwan secessionists." The sales have become the most substantial link between the US and the island of Taiwan, from which more interest chains and space for collusion can derive. We should not be indifferent to the sales despite our stronger military power over the island. Preventing US arms sales to the island from upgrading should become one of the main battlefields for the next cross-Straits struggle.

We must make it clear to Taiwan authorities that purchasing weapons, especially offensive ones on a large scale, from the US will never be accepted by the Chinese mainland. The mainland will therefore take punitive measures, just like military actions as a warning if higher-level US officials visit Taiwan. As a result, Taiwan's purchase of US arms will be of no help in deterring the mainland, but the process itself is highly risky. The more US weapons the island buys, the more insecure it will become.

The mainland's punitive measures will, first of all, include making it routine to fly military aircraft across the so-called middle line of the Taiwan Straits. The mainland can also dispatch its jets over the island of Taiwan, normalize aircraft patrols approaching the island, and launch economic blockade against the island.

The long-term peace in the Taiwan Straits has emboldened Taiwan secessionists. The strength of the mainland is growing, while the "Taiwan secession" has come to a dead end. However, the Democratic Progressive Party authorities are becoming increasingly unbridled, thinking they have gained more support from the US. They misjudge the situation. The mainland must exert unprecedented pressure on the island to curb the evil trend.