OPINIONS Canada can end Huawei case, but will it?

Canada can end Huawei case, but will it?

Canada has freed Meng Wanzhou on bail, which is a positive development, but the Huawei executive deserves to be given back her complete freedom by the courts, bringing closure to the fraught legal saga.

The US, which had requested her arrest, is yet to submit the demand for Meng's extradition. If it fails to do so within 60 days of Meng's arrest, she will be set free. The ball now is in Washington's court. However, Canada is capable of ending the crisis by itself, granting a Chinese citizen her legitimate rights which concerns China's judicial sovereignty.

The judge said in the bail hearing that Meng has no criminal record in China and elsewhere. 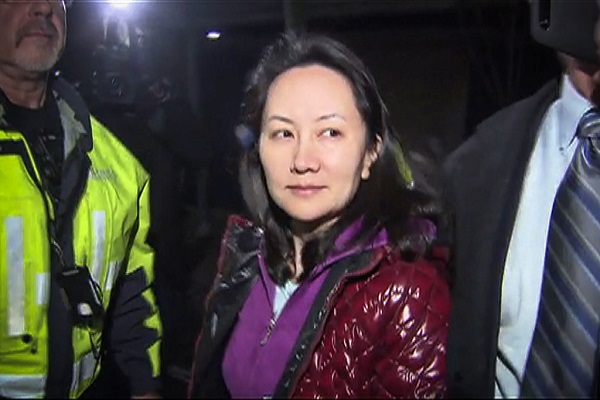 This precludes the US-Canada extradition agreement from holding back Meng as an accused and is reason enough to reject Washington's pursuit of her. Canada should go by the spirit of jurisprudence and ethics.

Canada has independent sovereignty and Meng is a citizen of China. The arrest or release of Meng in Canada should depend not only on whether she broke Canadian law but also on the country's obligations to China, which should hold precedence over Ottawa's obligation to a third country. As an independent and sovereign country that is not a vassal state, Canada should follow this line of action.

The global business community has been alarmed by the executive's arrest in Canada. This has created uncertainty over international travel among corporate executives. Unconditionally freeing Meng will allay such apprehensions. Canada knows that the US violates the spirit of international law by using domestic regulations to extend its jurisdiction.

Canada should distance itself from US hegemonism and fulfill its obligations to help maintain international order and protect human rights. As a country having diplomatic ties with China, Canada should not violate China's sovereignty by placing the "long-arm jurisdiction" of a third country above Beijing's basic rights.

Canada is waiting for US orders before it can extradite Meng. It is ridiculous for Canada to disregard its basic obligations to the international community. Is Canada the 51st state of the US?

If Canada eventually fails to protect the safety of Chinese citizens within its territory - the country's basic duty - and ignores ties with China, insisting on the extradition of Meng to the US, it is bound to pay for it. We believe that Ottawa has foreseen this and so has the world.

Western media including Reuters on Tuesday cited a statement of the International Crisis Group, saying the group's senior adviser Michael Kovrig, who was also a former Canadian diplomat, has been detained in China. Chinese authorities have responded to the report and many people took it as China's retaliation.

There is no evidence to establish a connection between the two incidents. The assumption is because Canada has gone too far and people naturally believe China will retaliate.

The two cases are different: Meng is a businesswoman detained in Canada, where she violated no laws; however, Kovrig is arrested in China because of what he did here. China and Canada will negotiate for the next stage. We hope Canada will eventually take decisions that go with the reputation of an independent and civilized country.