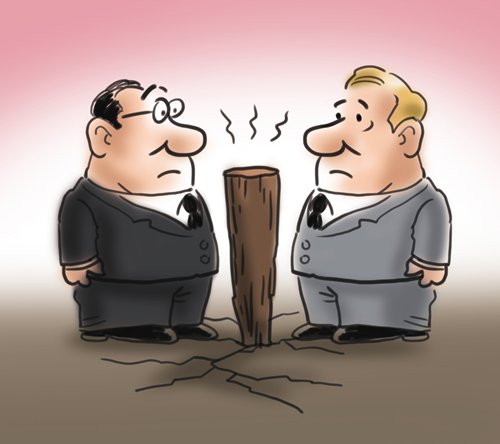 The Canadian Senate passed a motion sponsored by Senator Thanh Hai Ngo on April 24, criticizing China's "aggressive and expansive behavior" in the South China Sea, according to The Globe and Mail.
This is not the first time that Canada has voiced its opinion on the South China Sea issue. On July 21, 2016, then Canadian foreign minister Stephane Dion said in a statement that parties to the South China Sea dispute should comply with the international arbitration ruling no matter whether they agree or not. In January, Canada convened the Vancouver Foreign Ministers' Meeting on Security and Stability on the Korean Peninsula to discuss North Korea without China, an important stakeholder. This invited China's rebuke. Why has Canada, a middle power, acted in such a nonsensical way on international affairs in recent years?
Canada has a political spectrum as diverse as its society. Ngo, who sponsored the latest motion, is the first Canadian senator of Vietnamese descent. There is no surprise that he identifies with his home country's stance over the South China Sea dispute. Taking a free ride with the US in recent years, Vietnam has strengthened its military alliance with the US and acted provocatively in the South China Sea together with international publicity. It's possible that the motion was passed as a result of lobby politics. But since Senate motions are non-binding, it remains unclear whether the South China Sea motion will have any influence on the policy of the Canadian government.
Canada's behavior can also be attributed to Prime Minister Justin Trudeau's foreign policy. The young leader likes to proclaim that Canada is back. He vowed during the campaign to continue his late father's policy that advocates internationalization and multilateralism and improve the country's image that became controversial under the Conservative administration. While working to improve Canada's relations with the United Nations and to win a rotating two-year seat on the UN Security Council, Trudeau has advocated multilateral diplomacy from climate change to security.
As Canada prefers participating in international affairs through international organizations, hotspot issues such as the South China Sea and North Korea offer a good opportunity to showcase Canada's importance. Canada can build a fair and equitable image by underscoring the importance of international laws, organizations and rules on these issues and enhance its presence, often overshadowed by the US.
Canada hasn't worked out a holistic and stable policy on China and has often been affected by the US in its considerations of interests. As Joseph Wong, the University of Toronto's first associate vice-president and vice-provost, said in the foreword of Moving Forward: Issues in Canada-China Relations, former prime minister Pierre Trudeau pried open the door to China as a global first-mover, but Canada has not fully embraced its advantages over the past 45 years. Relations between the two countries waver been warm and chilly. Specifically over the past decade, when China emerged as an economic giant and diplomatic power, Canada's relationship has been lukewarm.
Apparently without a consistent policy on China, Canada has sometimes made improper decisions on China-related issues that have hampered bilateral relations, as seen after Justin Trudeau took office in 2015.
If Canada continues with its double standard on international issues and rules and doesn't make a holistic and stable policy on China, this will not only hinder the smooth development of Sino-Canadian relations as well as important issues like free trade negotiations, but prevent Canada from becoming a true leader in the international community.