Canada must not extradite Meng Wanzhou 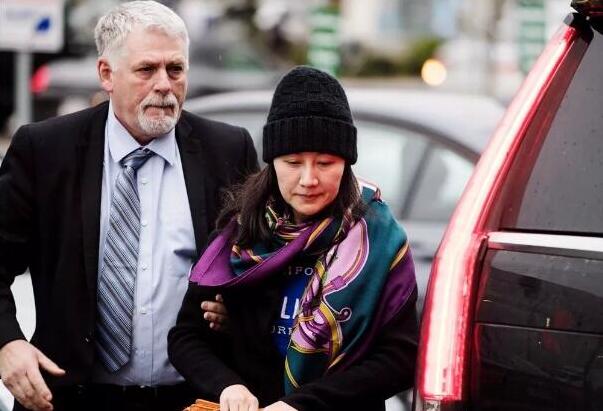 Canadian Ambassador to the US David MacNaughton has told Canadian media that his country was already informed by Washington that a formal request would be made to extradite Huawei Chief Financial Officer Meng Wanzhou. It can be seen that he has been pushing for US extradition of Meng so as to get Canada out of the awkward situation between China and the US.

But the ambassador might have done the opposite. There are about 10 days to go before the January 30 deadline. The US government is experiencing a shutdown and due to various reasons is not so active about extraditing Meng. But by urging the US to extradite Meng as soon as possible, he seems to be implying that Canada is the scapegoat of the US and as long as the US extradites Meng, Canada will be off the hook.

But even if the US requests Meng's extradition, Meng can file a plea which may drag out the case for years. Moreover, will Canada be kept out of the affair if it extradites Meng to the US? If the ambassador and some members of the Canadian elite think so, they are being too arrogant.

Meng was arrested by the Canadian side without violating any Canadian law. Canada, being a henchman for the US and abiding by the so-called extradition treaty between the US and Canada, persecutes senior executives of Chinese companies regardless of international law and friendly ties with China. How can Canada be detached from the case if Meng is extradited?

It is expected that if Meng is extradited to the US, Canada will face a severe backlash from China that puts bilateral ties in jeopardy.

On Monday about 140 former ambassadors and Western academics specializing in China affairs sent a letter to Chinese leaders, calling for the release of two Canadians arrested in China. This is direct interference with China's internal politics.

Canada must have thought such harassment and pressure would shake China's stance of requiring the US and Canada to unconditionally release Meng. But Ottawa was wrong.

China has its own law and convicts Canadians who have violated Chinese laws accordingly. However, Canada is helping the US by detaining Meng. Canada is too narcissistic both legally and morally. It has misjudged the world and overestimated itself.

The Meng Wanzhou case is an assault on China's high-tech enterprises under the guise of law. It serves the US' China strategy which views China as a strategic rival. It is nothing but geopolitical persecution. While the Canadian side insists that this is a legal issue, it is smearing people's understanding of the legal spirit.

Didn't those academics and former ambassadors realize how malicious Meng's case is and how much damage it will exert on the international business order? Why didn't they appeal to the governments of the US and Canada to set Meng free?

These people are supposed to understand how difficult it was for Huawei, a private Chinese company, to rise from the Chinese market and go global.

Why are they silent as the US exploits its alliance system to suppress Huawei? Their letter to Chinese leaders only showcases the prejudice of the Western elite and is valueless on moral grounds. We expect the awareness of the Western world toward China to awaken.