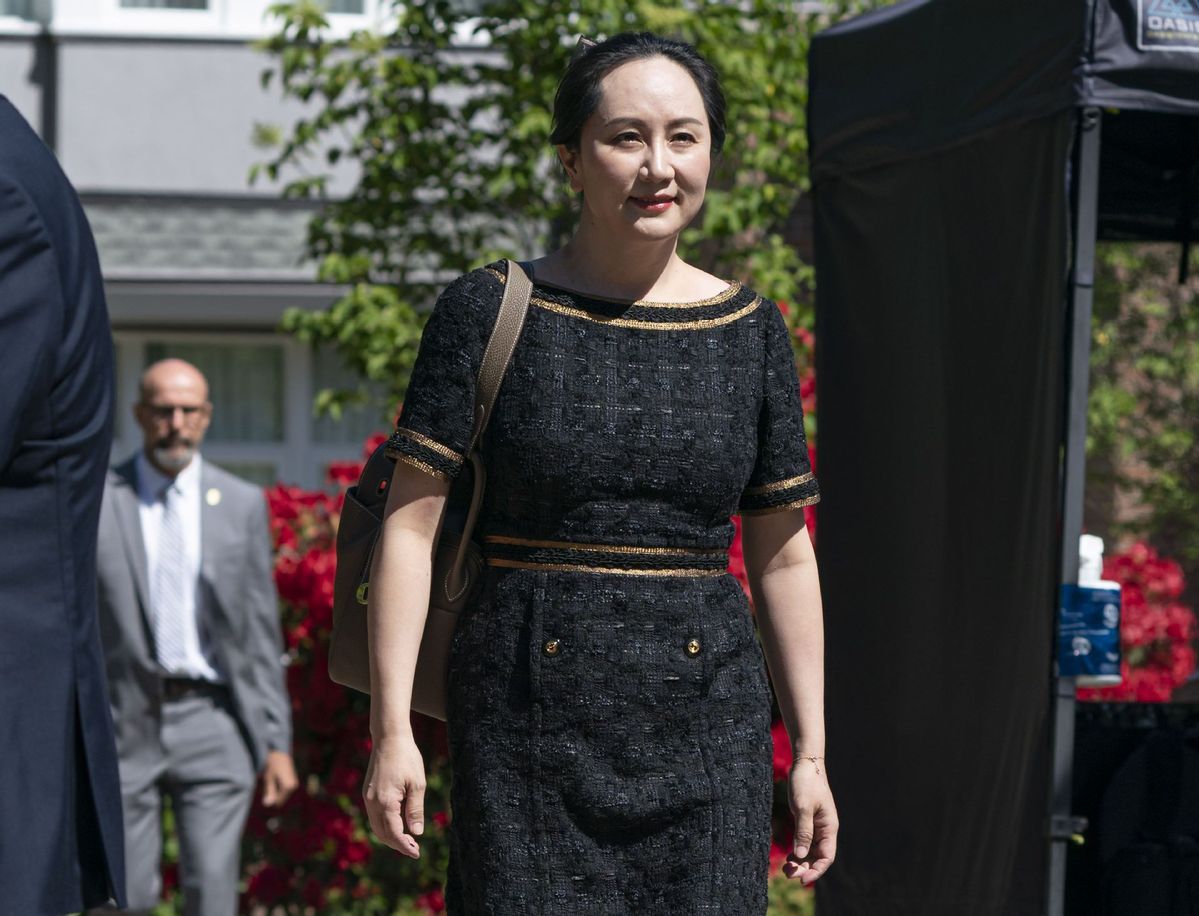 Meng Wanzhou, CFO of Huawei, walks down her driveway to her car as she departs her home for BC Supreme Court in Vancouver, Canada, on May 27, 2020. [Photo/Agencies]

According to Canadian Prime Minister Justin Trudeau, politics played no part in his country's detaining of Meng Wanzhou, chief financial officer of Chinese telecommunications equipment giant Huawei. And his government has long rejected the charge that it acted as a tool for the United States in detaining Meng at Vancouver airport in December 2018.

But a report by Canada's intelligence agency disclosed over the weekend in the court documents as part of Meng's extradition proceedings, suggests that Trudeau's claim that "Canada has an independent judicial system that functions without interference or override by politicians" should be taken with a pinch of salt.

As her lawyers put it, the report by the Canadian Security Intelligence Service highlights how the authorities in Canada and the US colluded in "coordinated state misconduct" in detaining Meng at the request of the US.

In the report, the CSIS said it was advised by the US Federal Bureau of Investigation of plans to arrest Meng when she arrived on a flight to Vancouver International Airport later that same day, and that it was informed that "the FBI will not be present in an effort to avoid the perception of influence".

Actually the federal national security policing unit of the Royal Canadian Mounted Police was well aware of what was happening, as the report said that it recognized "the highly political nature of the arrest".

All this is further evidence, if any were needed, that the case against Meng is politically motivated. That Ottawa decided to accede to the US' demand to carry out its long-arm jurisdiction, despite the CSIS warning that it was "likely to send shock waves around the world" and would be "of great consequence internationally and bilaterally", indicates that Canada should be held fully responsible for the worsening bilateral relations with China.

The report highlights that the case is not a simple judicial matter as Canada has tried to claim, it is part of the zero-sum political games the US has been playing to derail Huawei's development. The US is targeting the Chinese company because it cannot accept Huawei being the global leader in 5G technology.

The US pressure and influence on Canada's "independent judicial system" have been evident from the very beginning in Meng's case. And the Trudeau government by now must realize its folly in entangling itself in the US-orchestrated political conspiracy against Huawei.

It should try to correct its mistake. Since the crux of the issue is the unlawful detention of a Chinese citizen by Canada on trumped-up charges, it should free its judicial system of undue US interference and manipulation by ordering a judicial review of the case and setting Meng free as soon as possible.