OPINIONS Canada's HK export ban will have no meaningful impact, shows it's a US lackey: expert

Canada's HK export ban will have no meaningful impact, shows it's a US lackey: expert 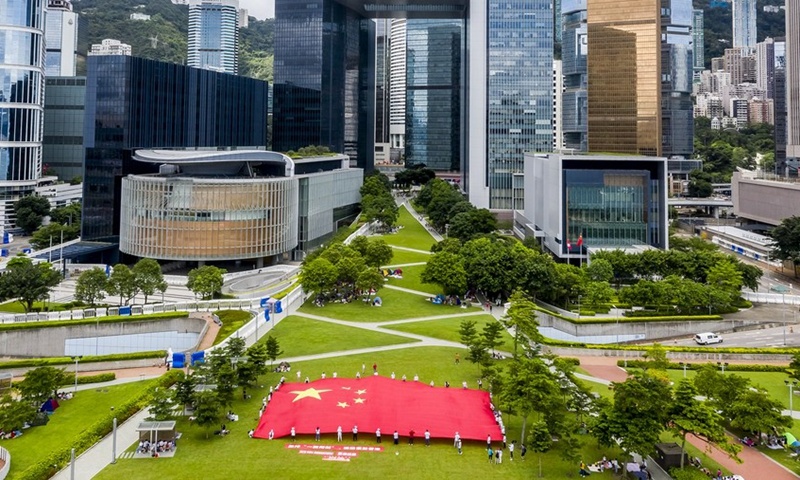 The Chinese Embassy in Canada and officials of the Hong Kong Special Administrative Region urged Ottawa to stop interfering in China's internal affairs, while condemning the ban on military equipment and its withdrawal from the Canada-Hong Kong extradition treaty.

Chinese experts slammed Canada's move, saying it shows Canada is a "running dog" of the US.

"Some Western countries including Canada have been meddling in Hong Kong affairs under the pretext of human rights, which seriously violates international law and basic norms of international relations," said the spokesperson of the embassy.

The statement came after Canada announced on Friday it was suspending its extradition treaty with Hong Kong and will ban exports of sensitive military items to the region, apparently in response to China's national security legislation for Hong Kong.

The move by Canada has faced criticism and opposition from Hong Kong officials.

John Lee Ka-chiu, secretary for security in Hong Kong, said during a radio program on Saturday that Canada's withdrawal from the extradition treaty with Hong Kong puts politics over the law.

He noted Hong Kong usually extradites one or two fugitives every year in cases such as drugs, guns, or aggravated assault, and the mechanism is necessary to combat serious cross-border crimes.

"We firmly oppose Canada's action. It does not fulfill its responsibility in the international community," he said. "The Canadian government has to explain to the world why fugitives are allowed to escape legal liability."

Teresa Cheng Yeuk-wah, secretary for justice in Hong Kong, also expressed her disappointment in Canada's move, which she believed would hurt the rule of law in the region.

The measure amounts to interference in China's internal affair if the goal is to influence national security law for Hong Kong, she said.

Imposing restrictions on Hong Kong and attempting to meddle in regional affairs are not new.

The US announced on Monday it would revoke the city's special status as separable from the Chinese mainland, end exports of US-origin defense equipment and restrict US defense and dual-use technologies to Hong Kong.

Canada's move once again closely followed the US' action showing it is the lap dog of the US, said Li Xiaobing, an expert on Hong Kong, Macao and Taiwan studies at Nankai University in Tianjin, on Saturday.

"It seems that the country was at its wit's end, and these tricks will have little influence in the big picture," he said.

Chinese military experts told the Global Times that the Chinese mainland can sufficiently supply the needs of the Hong Kong Police Force, and the political gesture of banning exports of military items to Hong Kong will not have a meaningful effect.

Previously, Hong Kong Chief Executive Carrie Lam Cheng Yuet-ngor said no sanctions can terrify Hong Kong after the US' revocation of the city's special status, saying that Hong Kong would be minimally affected by the US pullback.