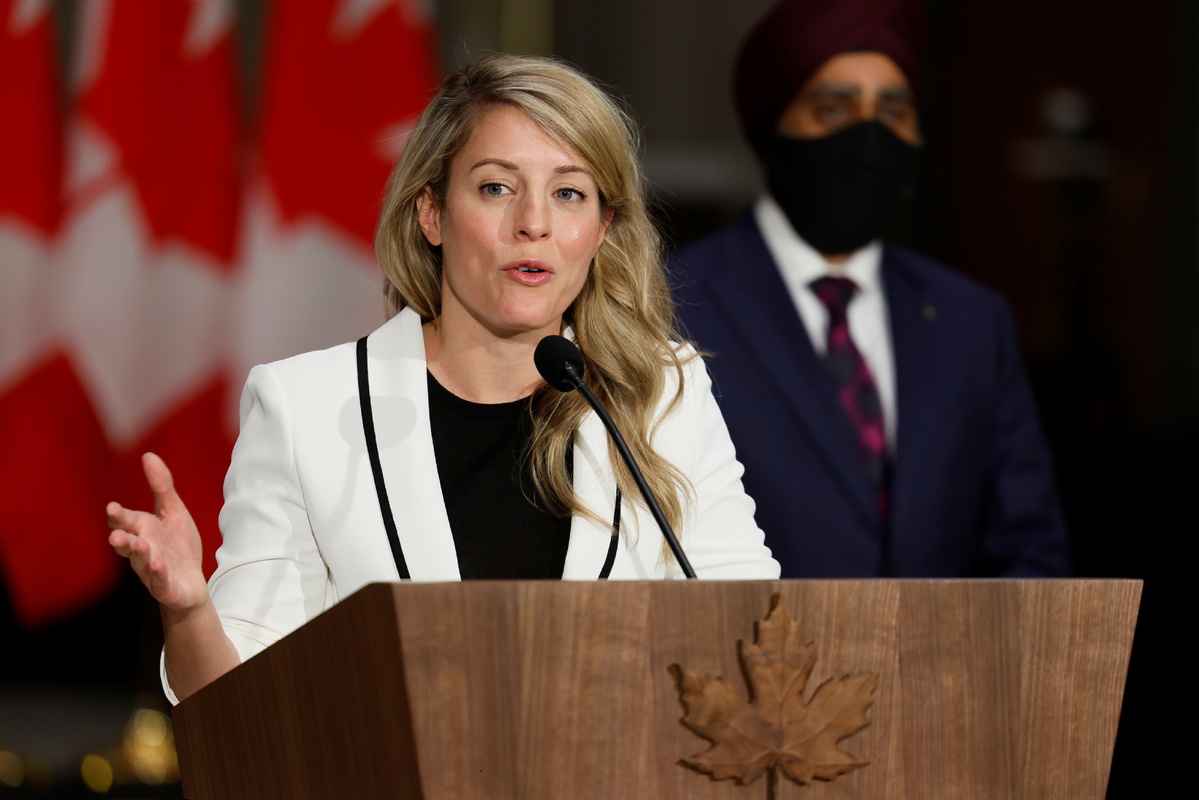 When compared side by side, the respective news briefings of China and Canada on the telephone talk between State Councilor and Foreign Minister Wang Yi and Canadian Foreign Minister Melanie Joly on Tuesday, one can easily see where the two countries rub up against one another.

In its brief, which does not mention what Wang said at all, Ottawa tries to take the moral high ground, pressing China to join "all countries" in denouncing Russia's "illegal and unprovoked invasion of Ukraine", noting that "Canada and the world are closely looking at China's actions and next steps".

Yet Canada has no grounds for trying to dictate to China on the issue. China's stance on the Ukraine crisis reflects its diplomatic independence and conforms to its steadfast commitment to dialogue and negotiation as the way to resolve conflicts and differences.

China has resolutely rebutted such allegations. In claiming that Canada will continue to defend and promote values it has always stood up for, the Canadian foreign minister either forgot or ignored how Canada perverted human rights and the rule of law with its submission to the United States' demand that it detain Meng Wanzhou, chief financial officer of Huawei, for extradition to the US.

This weaponizing and politicizing of the two countries' extradition agreement was nothing more than a political abduction.

Nor did Joly mention Canada's bloody record in relation to its treatment of its Indigenous peoples. The wounds of which have been reopened with the series of disclosures that the remains of some of the victims, mostly children, have been discovered in large numbers on the sites of schools that were run exclusively for them.

Regrettably, the proposals Wang made to get bilateral ties back on the right track are likely to have fallen on deaf ears.

Saying that the status quo of relations does not comply with the two sides' interests, he urged the Canadian side to uphold its autonomy and view China's development path and political institutions objectively, as those are the choice of the Chinese people. Most of the avenues of collaboration between the two countries on areas of mutual interest, which Joly touched upon, actually stem from China's adherence to its development path and political systems, which have proved indispensable to China's progress and development.

That Wang urged Canada to properly handle the Taiwan question and respect the one-China principle should also serve to awaken some Canadian politicians to China's vigilance to any signs that Ottawa might misjudge the situation and add a new hindrance to bilateral relations.

The two countries' first major contact since Meng's case was resolved with her return home shows that there is still a long way to go for them to get their relations back on the right track.