The country is facing a pandemic-induced economic slump, unemployment rates are significantly higher than they were a year ago, thousands of citizens have died due to the coronavirus, and the country's political elites are blaming China. One could be forgiven for thinking this was the US, but in reality, Canada's recent rhetoric has closely mimicked that of its southern ally. 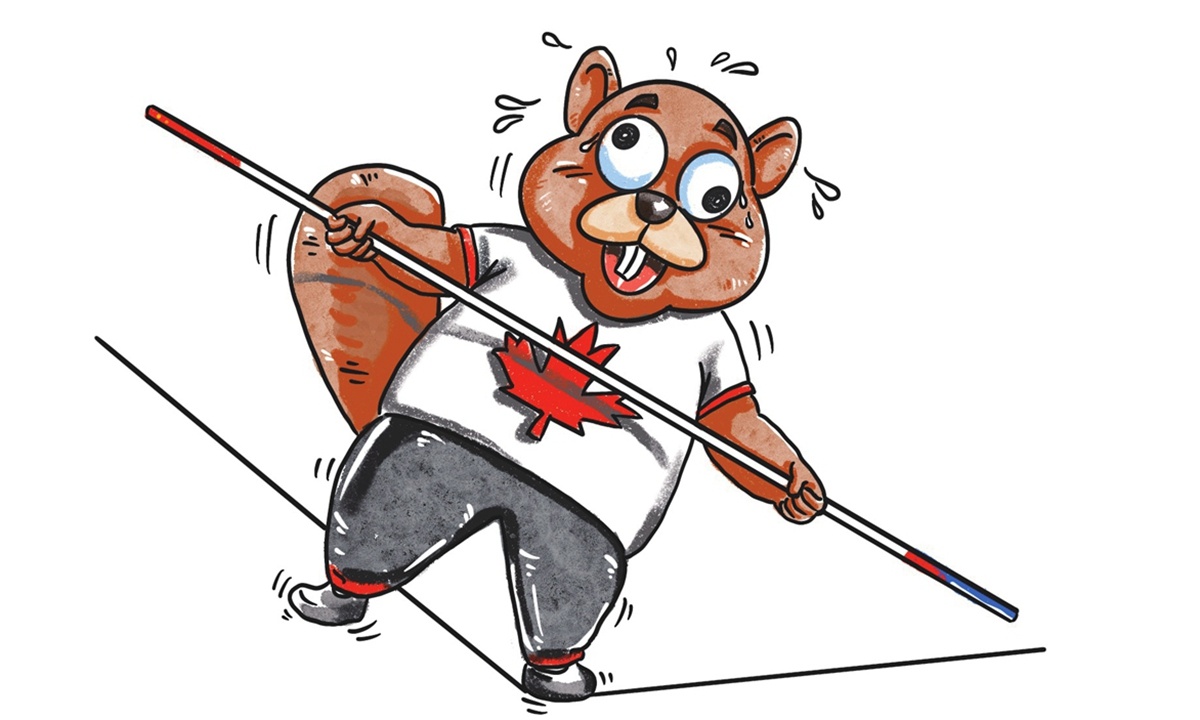 While Canada has long been thought of as calmer and more outward-focused compared with the US, the war of words against China has become commonplace in the land of maple syrup.

Erin O'Toole, leader of the opposition Conservative Party, has fixated on the topic of China in recent months. In an early December editorial in the National Post newspaper, O'Toole railed against closer cooperation with China, including allowing Huawei a role in the installation of 5G networks in Canada, raising questions about closer economic partnerships with Chinese companies, and even questioning vaccine cooperation with China.

While the world rushes to vaccinate their respective populations - ensuring the best likelihood of life returning to a normal state - the leader of Canada's official opposition slammed the Justin Trudeau government for pursuing a vaccine partnership with CanSino.

Rhetoric aside, Canada has a far deeper economic relationship with China than many Canadians likely imagine. According to Global Affairs Canada, the country's exports to China rose by more than 6 percent each year in the last decade. China is now the second-largest recipient of Canadian exports.

So in the face of an obvious growth trajectory in economic relations between Canada and China, why has O'Toole made China a central part of his policy? The Toronto Star, Canada's largest-circulation newspaper, answered the question in a September editorial, "Why does Erin O'Toole talk about China so much?" suggesting that O'Toole is looking at the political, not economic, benefit of tough talk on China.

The Toronto Star quotes an Angus Reid poll which reports that only 14 percent of Canadians say they have a positive view of China, representing a significant drop since 2005.

While Canada and China have had multiple, and often quite serious disputes and challenges to overcome in recent years, the clear solution to finding equitable solutions is through dialogue and openness, rather than a self-defeating Trump-style decoupling attempt. Over the four years of his presidency, US President Donald Trump made economic decoupling a central component of his foreign policy platforms. But despite the widespread support in both the Republican and Democratic parties for harsh policies on China, he failed to arrest China's continued growth.

That should be a humbling fact for Canada's opposition leader. If the US, with its larger economic and diplomatic might, could not bring China to its knees, Canada is certainly unlikely to be able to do so. If Canada makes good on a pullback of its economic relationship with China, the world's fastest-growing economic power, the harm will be disproportionally felt by everyday Canadians.

The self-defeating push for Canada to shoot itself in the foot is being promoted in major daily newspapers as well. Earlier this summer, the Toronto Sun published an editorial, "When it comes to China, Canada must stick to principles," which argued that Canada should ban Huawei from the country's 5G networks - for no clear benefit other than to prove a point, it seems - and to essentially walk away from China. "Right now, what the Liberal government needs to do is push forward with decoupling Canada from China," the editorial read.

Of course, rhetoric is easy, and policies are notably more complicated. Canada is a well-established middle power, and one with a proud history of peacemaking and peacekeeping around the world. The Canadian government finds itself in a difficult position, regularly threatened with economic tariffs by the Trump administration, and then expected to follow American foreign policies.

No one would suggest that Canada cannot act with candor and honesty with China; it certainly can. But to act in a self-destructive manner by banning Chinese companies from Canadian telecommunications infrastructure, giving the cold shoulder to potentially life-saving vaccine research simply because it is with a Chinese partner, and suggesting that Canada should walk away from one of its fastest-growing trade partners is not the way to do it. If Canadian media outlets and political elites want to think of the interests of their constituents, it should be tethered to the reality that one of the best ways to do that is through closer engagement with China, not through short-sighted, poll-based rhetoric.

The author is an expert in international branding strategy. He holds a Bachelor of Journalism degree.