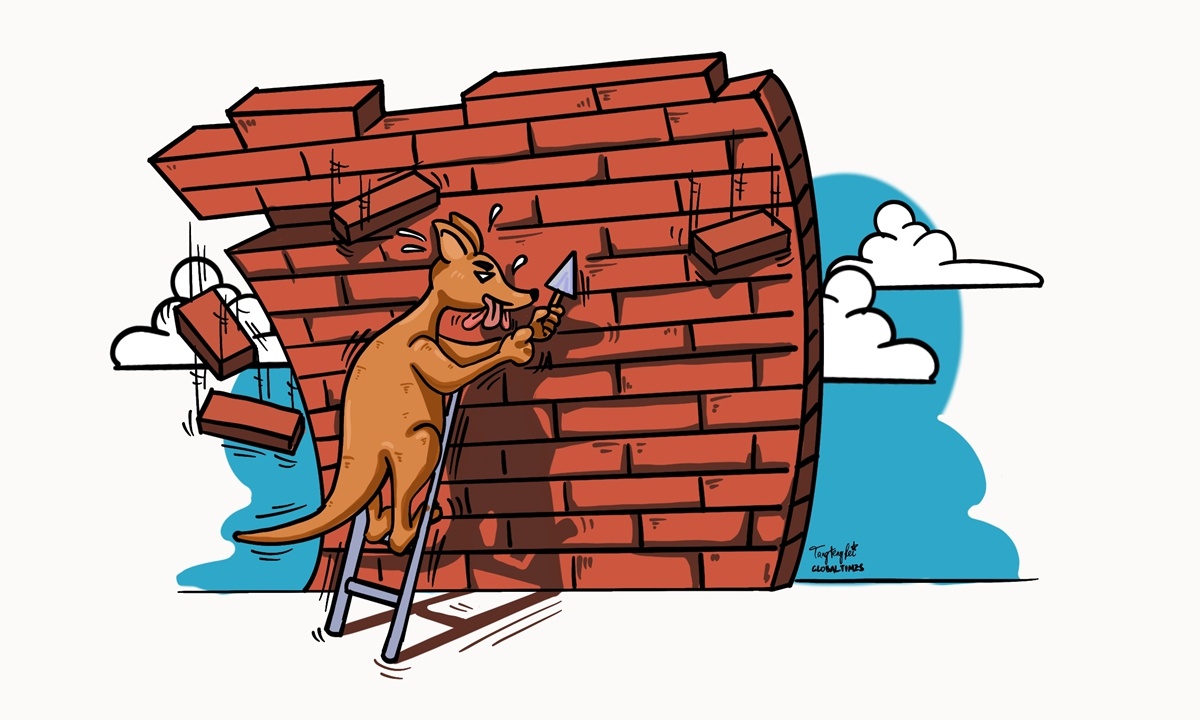 After sparing no effort to drag its relationship with China down to a historical low, Australia recently showed a sudden turn, expressing its intention to mend bilateral ties, but in a way seeming to bet on both sides - making "sweet talk" while also exerting pressure on China. It won't work, and it may make Australian industries suffer more.

"Australia prepares to escalate action against China to World Trade Organization (WTO) over barley tariffs," was the title of a report by the Australian Broadcasting Corp on Sunday, citing Australian Trade Minister Simon Birmingham.

A similar response came after China's anti-dumping investigation result on Australian wine which was announced over the weekend. After China confirmed the dumping of Australian wine in its market and decided to impose provisional anti-dumping measures in the form of deposits, Australian authorities responded that the decision is "one which Australia will be vigorously fighting against."

For starters, Canberra has a right to appeal to the WTO, as has China to launch an anti-dumping probe and take measures to protect its interests under the framework of the WTO. Raising the topic was more of a gesture by Australia to exert pressure on China.

Chinese Foreign Ministry spokesperson Zhao Lijian told a regular press conference on Friday that "Chinese competent authorities' measures on imported products are in line with Chinese laws and regulations and international customary practices. They are being responsible to Chinese consumers and domestic industries."

However, the Morrison administration has been recklessly undermining China-Australia relations, from making wrong remarks concerning China's core interests to following the US in cracking down on Chinese firms.

Rather than reflecting on its own remarks and moves, Australia has tried to fabricate claims of China triggering a so-called trade war against Australia and China refusing to communicate. The truth is that communication at the working level between China and Australia has been unimpeded, while it is Australia that has been making incoherent or even contradictory statements.

Alongside Canberra's attempts to put pressure on ties with Beijing, Australian Prime Minister Scott Morrison recently said that Australia desires an open, transparent and mutually beneficial relationship with China as its largest trading partner. This has been regarded as a gesture to mend relations with China.

Betting on both sides through extending an olive branch while trying to exert pressure at the same time is neither practical nor beneficial for Australia; instead, it will further hinder the bilateral relationship and cast a shadow on Australian industries.

China and Australia enjoy strong economic complementarities. Aside from the fact that Australia has recorded continuous growth alongside China's rapid development for decades, its recent efforts to expand markets outside of China have barely made progress.

Australia's major exports of agricultural products and resources need a large market, while China has built up consumption momentum with an expanding group of middle-income residents. It is nearly impossible for Australia to find an alternative market in the world.

China's position on developing relations with Australia is consistent and clear, Zhao said, stressing that a sound and stable relationship is in the interests of both countries and peoples. It is hoped that the Australian side will do more things conducive to mutual trust and cooperation as is in line with the two sides' comprehensive strategic partnership, so as to provide conditions to bring bilateral relations back on track.

The article was compiled based on an interview with Wang Shiming, professor with School of Advanced International and Area Studies of East China Normal University. bizopinion@globaltimes.com.cn