Canberra’s megaphone diplomacy yells for US 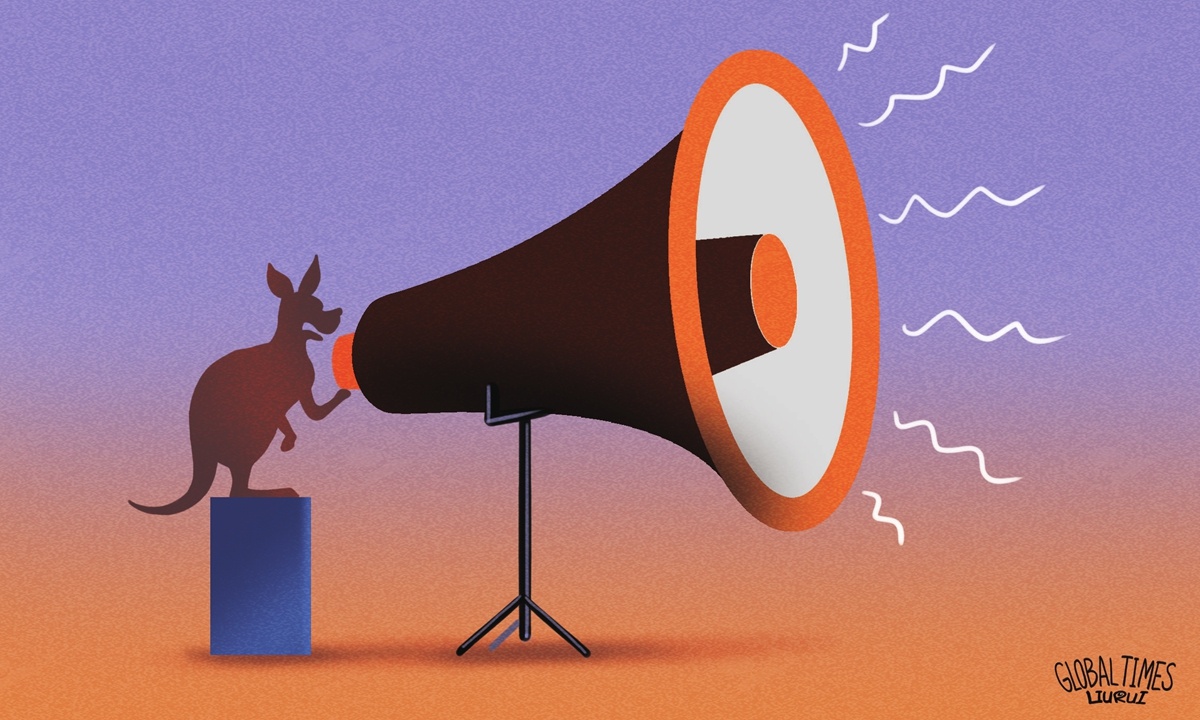 Megaphones are used to amplify the weakest voices. In order to intimidate a perceived adversary, feeble rants can only be calculatingly augmented into a clamorous voice. They often fail to browbeat anyone. This aptly describes what Canberra has been trying to accomplish with Beijing in recent years, and particularly months and weeks.

Since mid-2017, Australia's Liberal-National Coalition governments have bleated an anti-China cacophony. The start of these histrionic stunts began with Australia's former prime minister Malcolm Turnbull. Speaking in Putonghua, Turnbull said that the Australian people had "stood up" when in reality his administration was merely showing how easily it could be made into a Trump policy puppet.

His successor, Scott Morrison, seems to be more adept at using megaphone diplomacy. Australia has pioneered anti-China moves that are unthinkable and indignant. These include the blanket ban of Huawei and the instigation of an accusatory investigation of China regarding the origin and spread of the novel coronavirus. This has made it the most ferocious assailant of China in the world, second only to the US.

Sharp criticism against China has become a sign of political correctness in the political and media outlet circles in Australia. Yet these disparaging and empty words are both incorrect and lack substantial evidence.

Morrison's most recent outrageous vilification of Chinese Foreign Ministry spokesperson Zhao Lijian's tweet is a clear example. He deliberately accused Zhao's repost of a CG artwork as "a fake photo," using such undiplomatic words as "repugnant" and "ashamed" to attack Beijing and blatantly demanded an apology from the Chinese government.

The Australian prime minister attempted to send a message to remind the Biden team of Australia's strategic importance to the US' Indo-Pacific strategy. Canberra also sought a quasi-military alliance with Tokyo's new Suga administration, and took part in the Malabar naval exercises along with the US, India, and Japan. From Canberra's escalating rhetoric and actions, we can clearly see its definitive objective to serve proactively as the keenest accomplice in Washington's crusade against China.

China has been Australia's major partner for trade, international education, and tourism. China has never provoked any confrontation with Australia. It has consistently promoted cooperation and exchanges with the aim of mutual benefits and interest. For almost 30 years, Australia has maintained economic growth in spite of such negative economic impacts that stemmed from the global financial crisis. In 2014, the two countries elevated bilateral relations to Comprehensive Strategic Partnership, and the China Australia Free Trade Agreement, signed in 2015, has been accelerating against the background of an increasingly isolationist and protectionist American foreign policy.

But China's good intentions and acts have only incurred malicious rancor from Australia. Tailing step by step behind the Trump administration, Morrison, who has been extolled as "a man of titanium" by Trump, has been taking advantage of every chance to provoke China. By aligning with the US' anti-China campaign, the Australian government is meaninglessly sacrificing Australia's own national interest.

Thanks to the Turnbull and Morrison administrations, Australia has drastically changed its previously successful and profitable policies of pragmatism in relation with China. It has persistently pushed the bilateral relationship to the verge of the abyss of despair.ore and more Chinese businesses, investors and consumers have lost their confidence in Australia's role as a dependable economic partner. Students and their parents are having second thoughts when considering Australia as a destination for international education.

Australia has changed significantly with Turnbull and Morrison steering - or missteering - the course of the bilateral relationship with China. We feel an all-round and profound disappointment given Canberra's incessant finger-pointing, name-calling, insulting and increasing hostility. Perhaps it is now time to rethink and recalibrate our relationship with Australia.

The author is a professor and director of the Australian Studies Centre, East China Normal University. opinion@globaltimes.com.cn