OPINIONS Carry forward the cause of 'Icebreakers' from generation to generation

Carry forward the cause of 'Icebreakers' from generation to generation 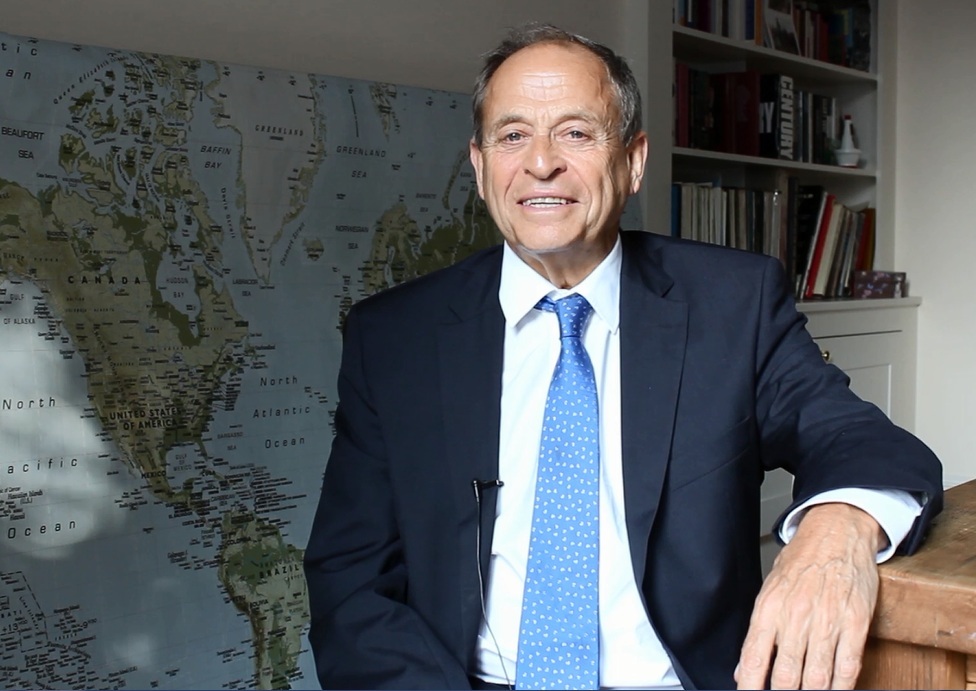 As I walked into the Great Hall to meet President Xi in October 2018, many memories of my father in the early 1950s mixed with deep impressions of Chinese history and the great significance of the man I was about to meet.

As I left with our group, I looked at my daughter and son and could see the importance of this time as change in the world was understood so well because of China’s deep civilization.

President Xi is a philosopher but a rare philosopher. His thoughts come from practice and a deep understanding of the history of China and the world. And he talked kindly and gave us time. He is resolute and he is a good man. I could feel that from our first meeting and again now.

I sensed that when he met foreigners, because of his experience, he could bring more practical issues to the fore and his experience is part of the reference to how China’s interactions with the world has been shaped.

He would have known how difficult it was to form the Icebreaker mission in the face of deep opposition to the founding of the People’s Republic of China in October 1949. So much confusion of thoughts and reactions had produced a hostility that made the Icebreakers brave to undertake the mission to reopen trade with Europe. The Icebreakers were prepared to take great personal risk to their reputations by putting trade as a road to peace.

Working with China to reopen the trade routes, now caught in a much more defined BRI – the New Silk Road.

For centuries, the Silk Road trade had peacefully helped nations in Asia and Europe add to their lives needs, and explore the fascinating different cultures and their arts that produced.

I have kept the fire alight as my father asked and have felt the pain and difficulty that they experienced because at the core is the only way for the world.

They would have understood the fabulously creative modern form that BRI brings to the world to link peacefully the peoples of Asia, Europe, Africa and the Americas by one connected transnational concept that starts by respecting each nation’s culture and systems, and uniting them in a common purpose to enable sustainable development to be the treasured goal for all.

And I was aware that Socialism With Chinese Characteristics (SWCC) was the very sound feature that I had been able to think about and experience. It was a Chinese way of bridging the market that Adam Smith had understood. How to release the innovation and natural needs of the people but manage the excesses of instincts for more,. It is Chinese but it is of global relevance to a world grasping to modernization and globalization but suffering from deep inequality and historical urges to dominate.

Yet because of them and my work of reading and analysing, and, above all, thinking about what I wrote above, I was clear I was meeting a special person at the crossroads of the world. The USA is in fear of change and trying to hold back history as it tried in 1953.

The world has moved by the emergence and disappearance of Empires. Within that innovation, civilisations and societies have emerged and been absorbed. The United Nations was a form of seeking cohesion and avoidance of the terrible civilian pain of wars. But the world still suffers from huge conflict.

So where are the lessons and the guides? Now do nations provide for their people and work collaboratively to achieve that. That is President Xi’s contribution to China and the world.

The world must recognise that the mission of the Icebreakers for globalisation of trade was the right path, is the right path, and that different systems can live together and work to build a world that takes all people out of poverty without harming the advanced economies of the world.

People do not want two then three then four cars. They want security and enough. It is the task of governments to find the ways and the balances, and most of all the spirit of hard work, develop more selfless motivations and create the innovations that deliver for the people. It may take 100 years or more.

My father was one of the early pathfinders, but President Xi Jinping has given us a map for the next 100 years and beyond. It will be a battle to stay the course but it is the way forward and BRI can unite nations to a common purpose.