OPINIONS Catching the coronavirus on arrival

Catching the coronavirus on arrival 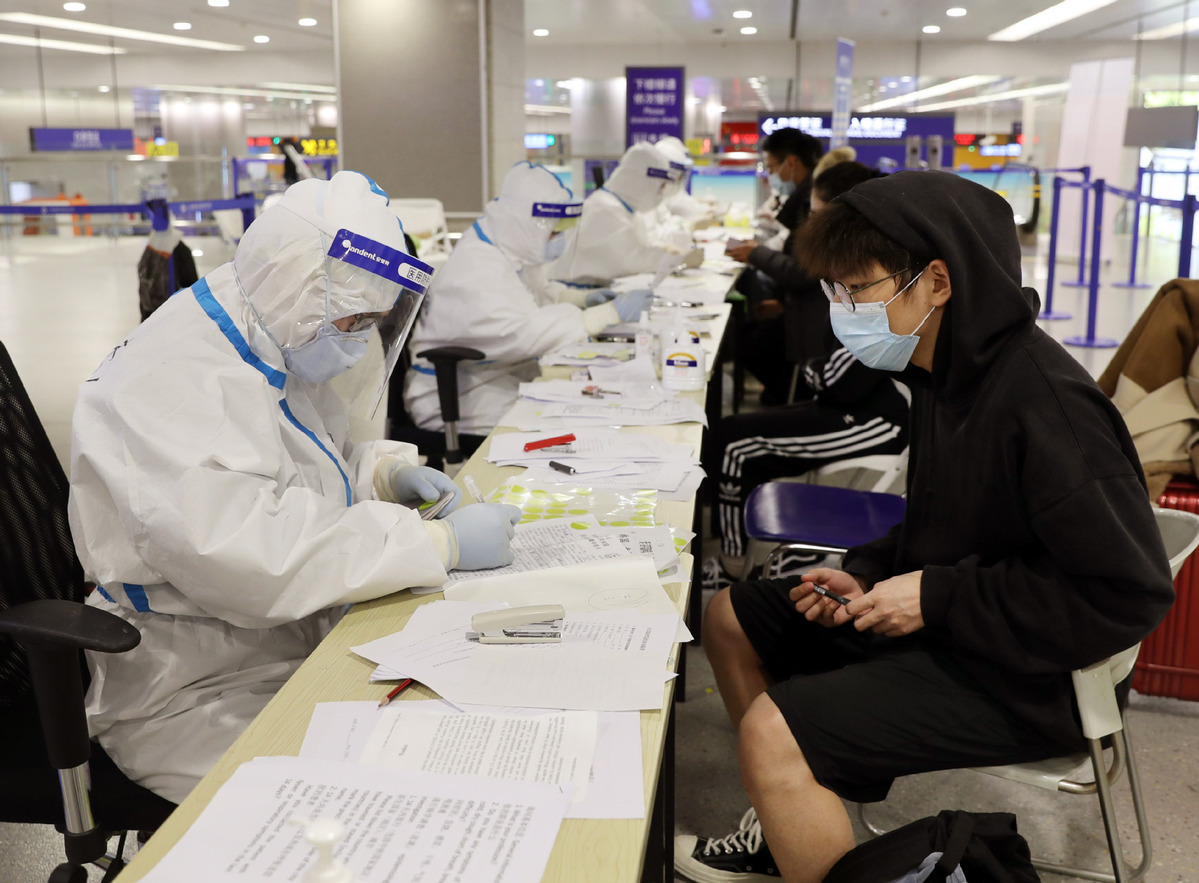 In an apparent effort to further reduce the risks of novel coronavirus infections entering from overseas, China on Monday introduced harsher punishments for inbound travelers who intentionally conceal their symptoms or falsify their travel records. Deterring such behavior is highly necessary to safeguard the hard-won results China has achieved in containing the virus.

In the latest move from the General Administration of Customs, apart from being blacklisted, inbound passengers committing such acts will face fines up to 30,000 yuan ($4,230), and severe violations will be transferred to law enforcement authorities for investigation. These enhanced measures need to be strictly implemented so that land and sea ports in the country are effective bastions against the risks of imported cases, which have been on the rise since last month.

With the number of infections increasing around the world, many Chinese people working or studying in hard-hit countries are rushing home to reduce the risk of infection now that China's prevention and control measures have had the desired effect.

But along with the influx of arrivals from overseas, the country has seen a sharp increase in the number of imported cases, which rose to 1,103 on Wednesday. And in the past few weeks, several places have reported locally transmitted cases of people who contracted the virus from inbound travelers.

Under such circumstances, the misconduct of inbound travelers who try to hide their overseas travel history and cover up symptoms of infection jeopardizes the achievement China has made in preventing the virus raging like wildfire throughout the country.

Since March, there have been multiple cases of such undesirable acts. On Friday, a man from Zhengzhou, Central China's Henan province, also a confirmed case of novel coronavirus, was sentenced to one year and six months in prison by a local court for concealing his travel history to Italy and causing dozens of others to be quarantined.

Such selfish conduct that ignores other people's health and domestic disease control measures has drawn public condemnation and sounded a clarion call for tightening disease screening measures and punishing offenders according to the law. A recent online survey conducted by the China Youth Daily shows 91 percent of those polled supported blacklisting the offenders in the national social credit system.

As such, by cracking down on misconduct among inbound passengers, the country aims to build a solid and effective firewall against the risks of imported cases. The harsher penalties for the selfish and dangerous behavior that puts lives at risk indicates that identifying any arrivals who might be infected is now a priority for domestic epidemic prevention and control efforts.