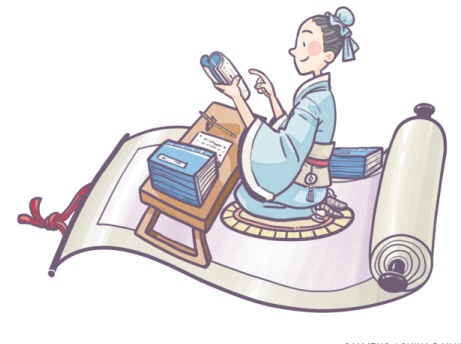 Editor's Note: From time immemorial, the Chinese people have attached great importance to education. In the 20th century, China has gone through a long, arduous journey from one-teacher schools to world-class universities and achieved excellence in different fields including science and technology. What will be China's future education journey like? In the first of a series of commentaries on education, a senior journalist with China Daily searches for the answers:

There are many reasons behind China being a continuous civilization for more than 5,000 years. Attaching importance to education is one of the most important ones. Some historians believe that China had something like school education as early as 2,000 BC for training "officials". Many people may not believe that, but there is no dispute over the fact that school education was prevalent about 2,500 years ago during Confucius's time.

Written records show that Confucius operated private schools, and at one time he had 3,000 students, among whom 72 were considered "established scholars". Of course, the youngsters couldn't attend the master's classes for free－they had to give about 20 kilograms of bacon as school fees. The students recorded Confucius' teachings and compiled what the master said in a book, Lunyu, or The Analects of Confucius, which has greatly influenced the Chinese way of thinking and behavior till this day.

During the Sui Dynasty (581-618), the rulers introduced the national imperial examination system. Only those who excelled in the exams were assigned high-level official jobs, including that of a county or even provincial head. That system was followed by rulers of different dynasties until the downfall of the Qing Dynasty (1644-1911) in the early 20th century.

The long official-enrolment system convinced the Chinese people that only through good education could one climb up the social ladder and attain positions of power. Many of China's classical operas and novels tell the stories of how a poor person, through education, improved his socioeconomic status and led a happy life.

Those who excelled in the official recruitment exams were called zhuangyuan, and they and their families immediately won the respect of the people in their hometowns. Even today, traveling through China's towns, even remote villages, we can see arch gates made of stone or wood. These gates, called pailou, were built hundreds of years ago by the locals in memory of the zhuangyuan who were born in the area.

When President Xi Jinping went on an inspection tour of Chaozhou in Guangdong province in October, he visited Paifang Street where as many as 23 stone arch gates still stand. The locals are always eager to tell visitors that there are scores of such memorial gates in the city, a proof of the glory that can be achieved through education.

Although school education has thousands of years of history in China, most students could study only in one-teacher private schools until a century ago. What they were taught were more or less classical works such as Lunyu apart from reading, writing and calligraphy. Subjects such as science, including physics, chemistry, biology and mathematics, was hardly taught in such schools, partly explaining why China missed the Industrial Revolution.

Modern school education was not introduced in China until 1860 after the Chinese lost the two Opium Wars to the industrialized Western forces. Realizing that China was lagging behind its Western counterparts in science and technology, the reformists persuaded the Qing Dynasty rulers to introduce Western education in the country. New schools were built where subjects such as foreign languages, science and technology, engineering, military science and even physical education were taught.

China even sent a few dozen teenagers to study in the United States during the late Qing Dynasty rule. But the youngsters were called back by the rulers a few years later fearing that they would be Westernized. Despite not being able to complete their studies, many of those students later became successful entrepreneurs, scientists and high-ranking officials. One such returnee, Zhan Tianyou, designed and helped build the Beijing-Zhangjiakou Railway which is still running today.

And although the national imperial examination system ended more than 100 years ago, attaching importance to education has become an important part of Chinese tradition－and a means for individuals to change their fortune. In fact, using education as a tool to improve their lot has become a part of Chinese culture.

Chinese parents still believe it's their obligation to give their children the best possible education. And students who top the annual college entrance examination are still hailed as zhuangyuan even though no pailou is built in their honor.

We may differ over the advantages and disadvantages of the imperial exam system, but the fact is that it helped the Chinese people to accord due importance to education is something we should cherish. And that is sure to help China realize the goal of national rejuvenation.