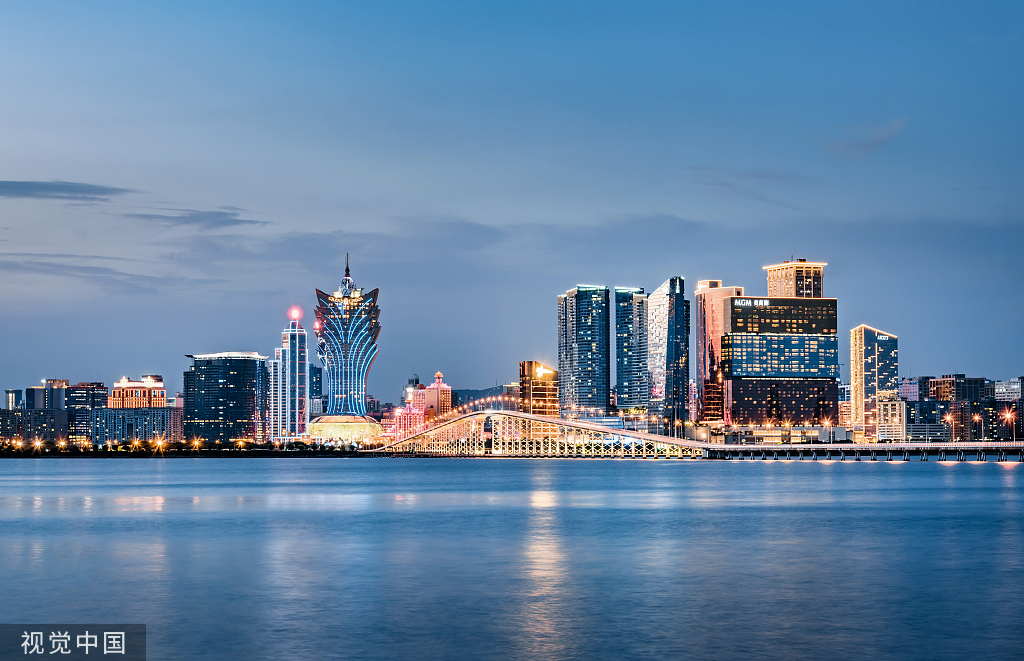 This year marks the 70th anniversary of the founding of the People's Republic of China as well as the 22nd anniversary of Hong Kong's reunification with the motherland. Since its return to China, the Hong Kong Special Administrative Region has been incorporated in the nation's governance system based on the country's Constitution and the Hong Kong Basic Law.

And Article 12 of the Basic Law says the "Hong Kong SAR shall be a local administrative region of the People's Republic of China, which shall enjoy a high degree of autonomy and come directly under the Central People's Government".

In the 22 years since its return to China, Hong Kong has overcome a series of difficulties and challenges, and made great social, economic and cultural achievements thanks to the support of the central government. The extension of the Guangzhou-Shenzhen-Hong Kong highspeed railway to Hong Kong and the opening of the Hong Kong-Zhuhai-Macao Bridge have laid a solid foundation for the SAR's integration into the country's overall development plan.

Besides, the Guangdong-Hong Kong-Macao Greater Bay Area, once complete, will provide an effective institutional guarantee for Hong Kong's long-term prosperity and stability. Besides, the SAR government should seize the development opportunity offered by the Belt and Road Initiative to promote international and regional cooperation and integrative development.

But 2019 has also been unusually chaotic for Hong Kong. Since June radicals have launched violent protests in the SAR, and violence has continued even after the SAR government withdrew the bill to amend the extradition law, which originally triggered the protests.

During the past six months, some demonstrators have disrupted traffic, burned vehicles, occupied university campuses, attacked police officers and government buildings including the Legislative Council building, even set a man opposed to their views on fire. By so doing, they have not only undermined Hong Kong's economy and social order but also the "one-country, two systems".

In addition, foreign forces, led by the United States, have fuelled demonstrations by supporting the radicals, in order to fulfill their own narrow political goals. For instance, on Nov 27, the US administration passed the so-called Hong Kong Human Rights and Democracy Act despite the Chinese government's strong objections. That the interference of foreign countries in Hong Kong, and therefore China's internal affairs, have increased uncertainties over the SAR's future goes without saying.

Nevertheless, the violent demonstrators in Hong Kong show the city has much to improve in terms of policymaking and administration. And the central government should reflect on how to orderly promote a high degree of autonomy in Hong Kong under the "one country, two systems" framework.

In 2020, curbing violence and restoring the social order should be the top priority for Hong Kong, for which the SAR government has to take more resolute measures to end the mayhem and punish the perpetrators of violence according to law. To restore the social order, the Hong Kong government also has to make efforts next year to narrow the differences between different opinion holders in society.

If the rule of law is the most effective measure for Hong Kong to end the violence and restore the social order, improving Hong Kong residents' livelihoods and promoting their social and economic development, and creating more development opportunities for the city's youngsters are key to easing the social contradictions and bringing closer a divided society.

To achieve that goal, Hong Kong has to explore new orientations, new spaces and a new momentum to sustain a healthy rate of economic development. If Hong Kong can seize the opportunities offered by the Guangdong-Hong Kong-Macao Greater Bay Area and integrates its development with that of the entire country, it could fully play its regional and international role, and use its advantages in the financial, logistics and service sectors to boost mutually beneficial cooperation and propel the sustainable growth of both itself and the rest of the country.

The author is a researcher at the Center for Basic Laws of Hong Kong and Macao Special Administrative Regions of Shenzhen University. The views don't necessarily reflect those of China Daily.