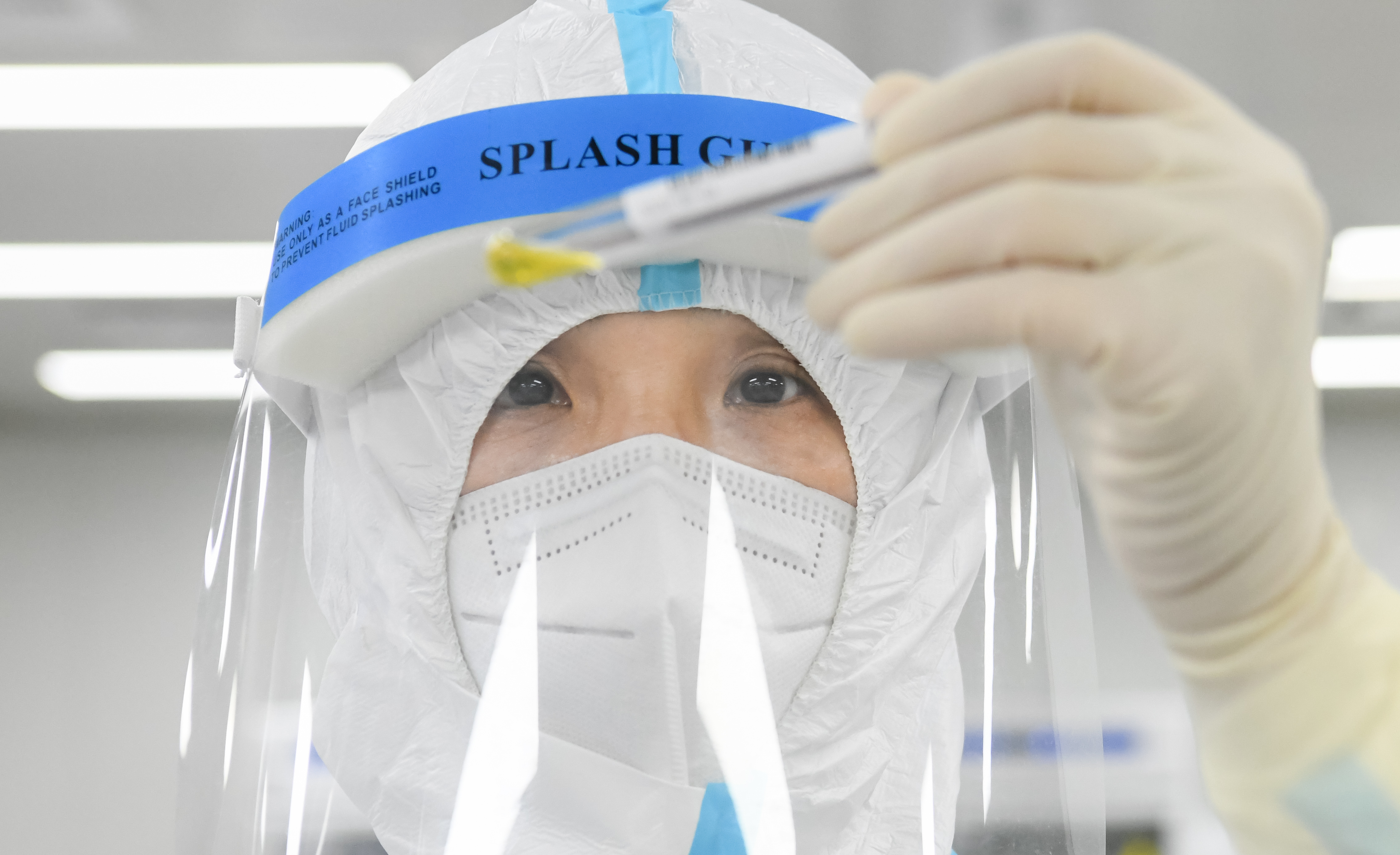 BEIJING, March 6 (Xinhua) -- The COVID-19 virus is spreading rapidly around the world. The number of daily new cases outside of China is much higher than that inside of China. Not a second should be squandered to save lives.

The spread of COVID-19 is a global issue that requires concerted efforts of the international community. Since the outbreak, China has taken comprehensive, strict and thorough prevention and control measures and worked hand in hand with other countries to combat the disease in a responsible way.

The origin of the virus has been debated around the world, and no conclusion has been made. Scientists around the globe, including those in China, are working around the clock on the research.

Although various arbitrary and unfounded surmises about the virus origin emerge from time to time, China has been adopting scientific, prudent and rigorous approaches on the research and placed high importance on coordinating research on virus source tracing and transmission routes.

China shared the whole genome sequence of the virus with the World Health Organization (WHO) and the global community at an early stage of the epidemic, which facilitated international cooperation on the scientific research on the virus and made it possible to find a cure as early as possible.

China publishes the number of new infections, deaths and recoveries on a daily basis and invited WHO experts to conduct field investigations in Wuhan, the center of the outbreak.

Its transparency and openness were credited by the WHO experts. The inspection report jointly issued by the Chinese and foreign expert groups has provided important guidance for the international community to prevent and control the epidemic.

The international community has also recognized China's use of non-drug interventions. Many countries facing grim epidemic situation expressed a willingness to learn from China's practice of community isolation and the building of makeshift hospitals.

The United Nations Secretary-General Antonio Guterres said the Chinese people, who are sacrificing many aspects of their normal lives to prevent the virus from further spreading, are making efforts for all humanity.

China has also reached out a helping hand to other nations where the epidemic is getting serious.

Vice Foreign Minister Ma Zhaoxu said at a press conference on Thursday that China is providing necessary assistance to countries in urgent need, including the Republic of Korea, Iraq, Cambodia, Myanmar and Sri Lanka. In the meantime time, China is considering responding to the WHO's appeal for donations and making donations to the WHO.

China will continue to properly handle its domestic epidemic prevention and control and carry out various forms of cooperation with other countries and provide support within its capabilities, he said.

Virus knows no borders, but the worst of times reveals the best in people. Through the epidemic, the international community gets a deeper understanding of China's efforts to safeguard the well-being of humankind.

China's actions not only protect the health of its own people but also provide strong support for global disease prevention and control. It has accumulated useful experience for promoting global public health governance and demonstrated its commitment as a responsible major country.