China and Brazil: a balanced partnership

The relationship between Brazil and China is led by the cooperation between the two governments and diplomatic bodies but also encompasses important entrepreneurial sectors, financial institutions, trade chambers, science and technology research centers, universities and cultural institutions. 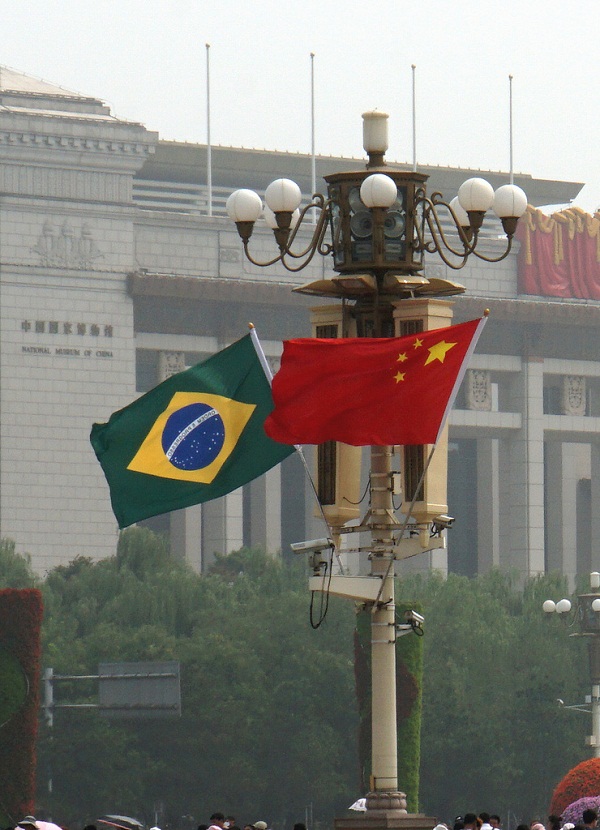 It is a long-term cooperation, which officially started 44 years ago, in 1974. As time went by, this cooperation grew closer and became a strong partnership of friendship and mutual respect.

In 1988 our first important science and technology deal was signed. It is now 30 years old and has been very successful. We mean a cooperation agreement for building satellites, the China-Brazil Earth Resources Satellite.

In these 30 years, many changes have occurred both domestically and globally.

But the cooperation within our bilateral relationship has remained stable and alive — in a balanced, pragmatic and friendly manner, with mutual respect for each other’s national sovereignty and long-term vision. The sum of accomplishments along these years is quite positive.

As a result, we have achieved relevant trade and investment integration in many economic sectors, benefiting both sides. Large Chinese enterprises have invested in Brazil in the areas of electricity generation and transmission, including renewable energies. We may also underline the investments made by Chinese firms in the financial, manufacturing, agribusiness and information technology sectors.

Altogether, Chinese companies are involved in 102 large investment projects in Brazil, totaling a stock of direct investment of about $54 billion, which represents about half of all Chinese outward foreign direct investment in the 32 countries of Latin America and the Caribbean.

Brazilian firms have also invested in China in meat processing, beer industry, aircraft and agribusiness. Our bilateral trade in the past five years has amounted to $361 billion, or about $72 billion a year. This year, just between January and September, the total trade flow reached $74 billion, posting an important positive balance of $20.4 billion for Brazil. Trade between China and Brazil is highly complementary and profitable for both sides.

Brazil and China are relevant gateways in their respective regions and share, among other things, an agenda for peaceful economic and social development, with steady improvement of the income standards and the quality of life for their citizens.

Regarding international affairs, the two nations also share a convergent agenda in the G20 and in the World Trade Organization. Both countries strive for a more representative participation of developing nations in multilateral entities like the International Monetary Fund and the World Bank.

Brazil and China are also deeply engaged in the strengthening of the BRICS group, a ten-year-old successful initiative which resulted in the creation of the New Development Bank (NDB), headquartered in Shanghai. The NDB enjoys a AA+ long term rating by international ratings agencies and is able to raise and lend capital, in competitive terms, to foster development projects in the founding members and other developing countries. We should also highlight the $20 billion bilateral investment fund aimed at supporting infrastructure projects in Brazil.

The cooperation and friendship between Brazil and China, already consolidated in many areas, must be preserved. Moreover, we can further contribute to the development of infrastructure, renewable energies, transportation, agribusiness, advanced manufacturing and services.

Project planning and project development should be supported, particularly for infrastructure.

In face of disruptive innovations in years to come, more cooperation and integration of innovation and R&D ecosystems by leading enterprises in China and Brazil, involving leading universities and research centers, should be in our common and fruitful agenda.