ASEAN ministers and their Asia-Pacific counterparts met in Singapore on Saturday and reaffirmed their joint determination to secure a regional wide trade agreement, the Regional Comprehensive Economic Partnership (RCEP), by the end of the year. The meeting concluded with a joint statement which vowed to complete the agreement and reach an "important milestone," securing themselves against "uncertainties in global trade," namely those created by Washington. 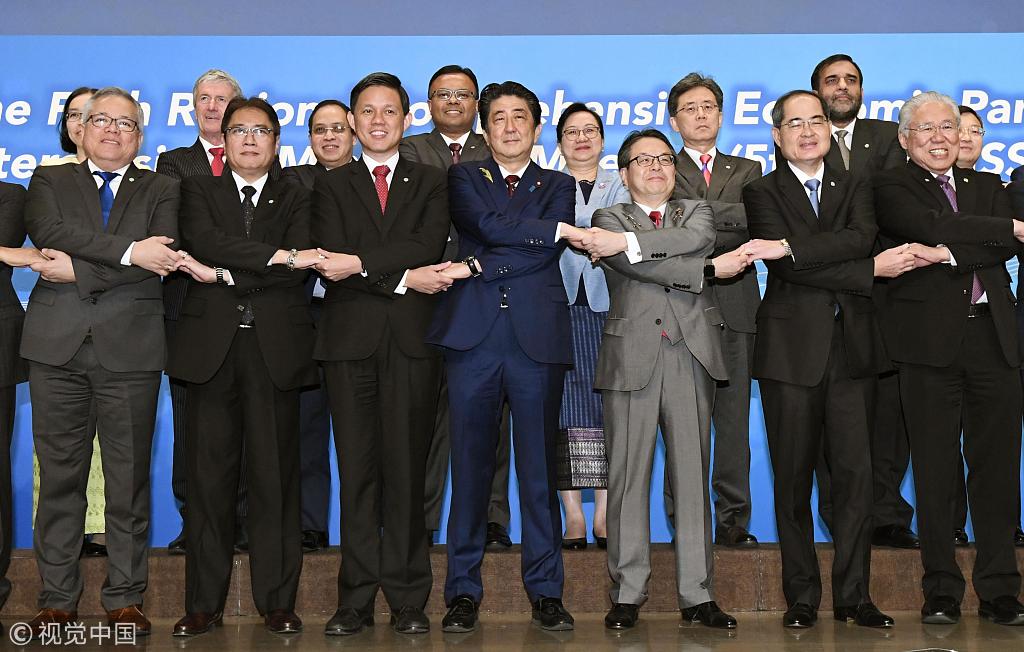 Although negotiations on the agreement have stretched out for over six years, Trump's aggressive trade actions have now given participants a strong impetus to finalize it. With the RCEP standing to create the largest trading bloc in the world, with China itself a member, not only does this illustrate the lack of real enthusiasm for America's economic warfare within the region, but also it sets the stage for a long-term failure in Washington's strategy against Beijing.

Despite differences, hastened progress on the RCEP talks reflects the reality amongst participants that economic ties with Beijing and expanding free trade are essential to the region's growth and success. There seems to be a consensus that free trade must be secured against rising protectionism and that the US should not be allowed to derail it. Hence, not one nation involved, even if it has robust ties with the US, has any desire to forfeit the deal or resist China's participation.

Even Japan, a close US ally, has acknowledged this reality. Mutual trade fears over Trump have dulled tensions between the two countries, with a recent foreign ministry official stating that Tokyo, in contrary to Washington's expectations, was not willing engage in economic warfare against Beijing.

This scenario spells bad news for Washington's ambitions. It shows any talk of "building a trade coalition," often repeated by the western media, is overhyped and a non-starter, as well as revealing the flaws and miscalculations at the core of Trump's strategy.

If China is on the verge of securing a free trade agreement with all of Asia, which brings together the world's fastest-growing economies, as well as establishing the largest trading bloc ever created, where does that leave Washington? Trump clearly didn't think about this. He had the perfect chance to shape a US-led regional economic order through the ill-fated Trans-Pacific Partnership, yet he scrapped it, rendering the RCEP as Asia's foremost economic initiative.

Trump wants to bully nations into making distance with China, but the RCEP deal substantially reduces his leverage and proves he has limited ability to do so in the Asia-Pacific, affirming a broader message that even if some nations share Washington's concerns, they have no appetite for a unilaterally-led economic aggression which benefits nobody.

Yet it does not end there, with the Asia-Pacific set to evolve into the core of the global economy, the RCEP's advance creates a sense of inevitability that any short-term damage dealt by Washington simply cannot last, nor change the moving tides of history. The partnership ensures China's lasting access to the world's largest emerging markets, including India, Vietnam, and Indonesia. It binds the growth of the participants together and offers a common path to prosperity.

Thus, whilst Trump may coerce a few nations into accepting "poison pill" clauses, infringing their sovereignty and maliciously prohibiting them from making agreements with China with the threat of tariffs, Asia stands as an enormous hole in his strategy. Ultimately, there is nothing he can muster up which can match the size, the long-term potential or prosperity of the RCEP.

Therefore, when we are looking at the potential outcomes of the "trade war" between the US and China, we should analyze it from a long-term perspective. Time is on Beijing's side, not Washington's. Do not believe Trump's hyperbole that China is desperate for a deal; the war itself is being waged because the US fears its era of unipolarity is coming to an end.

He can bully Canada, Mexico and possibly even Europe, but what he cannot do is convince wider Asia that economic warfare against China is somehow in their best interests, or ultimately prevent the creation of the world's largest trade agreement, which will yet change the scope of the region. A rejuvenated RCEP is bad news for him, but it might take a while for that reality to crystallize for observers.

*Note: The author, Tom Fowdy is a UK-based political analyst. The article reflects the author's views only.