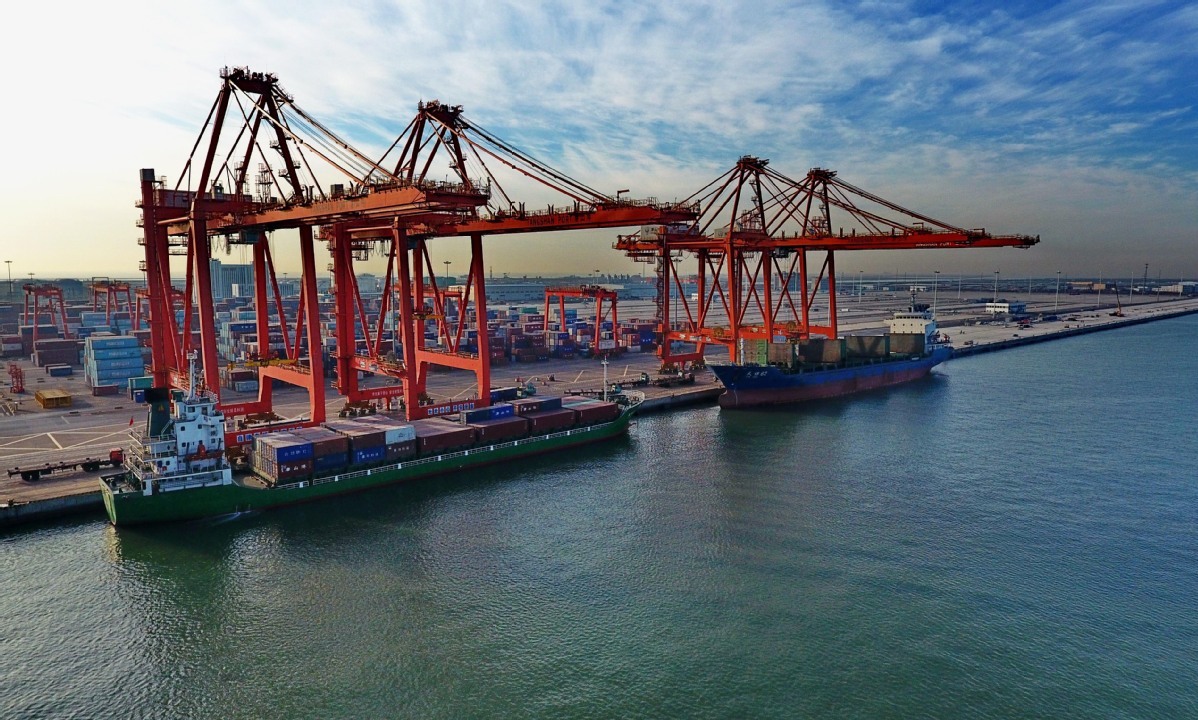 The year 2020 will be remembered as one of extraordinary challenges. The novel coronavirus has caught many countries flat-footed, extracting devastating human cost, crippling economies, grinding social life to a halt, and leaving numerous companies struggling to stay afloat. Eight months into the year, and there is still no end in sight.

The International Monetary Fund has again downgraded its global growth forecast — to minus 4.9 percent — for 2020. And major advanced economies are expected to decline by as much as 10-20 percent in the second quarter.

But the international economic cloud has a silver lining. China's economy grew by 3.2 percent in the second quarter, back into positive territory from minus 6.8 percent growth in the first quarter, making China the first major economy to recover from the devastating effects of the pandemic. China's main economic indicators rebounded across the board, with industrial output rising by 4.4 percent and services by 1.9 percent.

How did this turnaround come about in just a few months? Three key factors are responsible for that: strong leadership, targeted macro policies, and continued commitment to reform and opening-up.

China's extraordinary response to the coronavirus outbreak has been led by President Xi Jinping. Under his strategic guidance, China implemented the most rigorous and comprehensive measures to contain the virus, from locking down Wuhan, a city of about 11 million people, and pressing the pause button on the economy to building two new hospitals in Wuhan from scratch in less than two weeks. In a country where people come first, no price is too high when human life is at stake.

The country as a whole fought what has been described as a "people's war" against the virus. Dedication, duty and discipline best explain why the Chinese people are assiduously wearing face masks, maintaining social distancing, and dealing with the effects of the stringent measures and loss of income without complaining.

The speed and efficiency with which the virus has been brought under control attest to the strength of socialism with Chinese characteristics, and the flesh-and-blood link between the Communist Party of China and the Chinese people.

Containing the virus and reopening the economy has been a delicate balancing act. With containment measures in place, China rolled out a combination of macro policies to support people's livelihoods, provide relief for companies, and revive economic growth.

As Premier Li Keqiang emphasized, China's economic response adds up to a package with significant scale and intensity but without a massive stimulus. Fiscal funds have been markedly scaled up, and budget deficit has been raised to more than 3.6 percent of GDP, the highest in the 40-odd years of reform and opening-up. And special treasury bonds of 1 trillion yuan ($143.38 billion) are being issued to contain the virus.

To see every cent spent where it is needed the most, the government has created a special transfer payment mechanism that bypasses layers of bureaucracy to channel fiscal funds straight to the local governments. Fiscal subsidies are being extended to enterprises to keep payrolls stable. On top of the regular social security schemes, the government has introduced temporary subsidies, expanded the coverage of unemployment benefits and provided special aid for vulnerable groups.

At its biannual economic stocktaking last week, the central leadership called for expeditiously fostering a new, dual-cycle development architecture based on domestic and international development reinforcing each other, with the domestic cycle as the mainstay. The meeting further spelled out measures to intensify new infrastructure development and a new type of urbanization.

As was repeatedly emphasized, prioritizing the domestic cycle does not mean that China will develop behind closed doors. Rather, the new strategy aims to better integrate the domestic and international markets and tap the potential of domestic demand to strengthen the foundations for China's long-term growth.

China's pursuit of reform and opening-up remains unwavering. Thanks to the reform to cut red tape, the ease of doing business has continued to improve, moving China 66 spots up on the World Bank's Doing Business 2020 list from two years ago. Under accommodating regulation, new forms of business from e-commerce to digital payment, and telemedicine to working from home have thrived on the back of the new requirement of people having to stay at home.

Undeterred by the outbreak, China's commitment to higher-level opening-up has remained firm as ever. The negative lists on market access to foreign investment have been shortened further, and foreign equity caps have been removed in the financial sector, making 2020 the beginning of full opening up of China's financial sector.

China reaffirmed its commitment to increase imports and boost global recovery by hosting the third China International Import Expo in November. Also, China is on track to see the signing of two major trade agreements before the end of this year — the Regional Comprehensive Economic Partnership, potentially the world's largest free trade pact, and the China-EU investment agreement on which significant progress was made during the latest negotiations a few days ago.

All these will create even more business opportunities for companies the world over, bringing hope and confidence to the global economy. The pandemic has once again reminded us that humankind is a community with a shared future. That is why the spread of a "political virus" of stigmatization and blame game could not have been more untimely and dangerous.

It's time therefore to focus on saving lives, protecting people's livelihoods and reviving the global economy. Since the whole world has a stake in this, the spirit of partnership should prevail.

The author is a Beijing-based observer. The views don't necessarily represent those of China Daily.