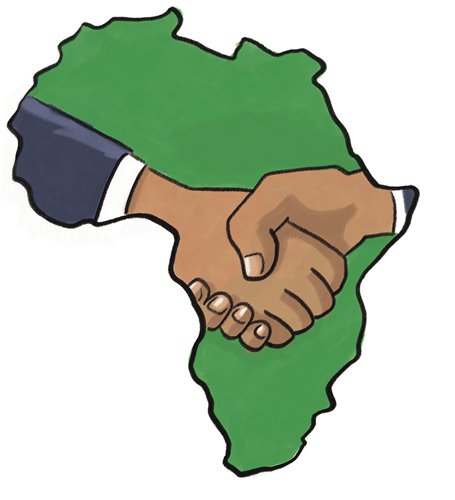 In 2000, China-Africa trade stood at what in retrospect was a paltry $10 billion and fast forward to 2014, the figure reached a staggering $220 billion. Trade has been growing at a steady 20 percent per year since 2000.Over the last 10 years, China-Africa foreign direct investment has grown even faster with an annual growth rate of 40 percent.The level of financial support, investment, aid and technical backing from the world's second-largest economy has been enormous and there is no sign of relenting. That China has systematically targeted commodity-rich countries or nations with vast natural resources - or commodities which are the raw inputs used to manufacture or produce all the products in the world - could not be farther from the truth.China has sought to reach both commodity-rich countries such as Nigeria and South Africa as well as poorer nations such as Ethiopia, Uganda and Kenya. In fact, it is in East Africa where China is making its most significant investments.China has nearly touched all corners of the continent seen that at least 40 African countries have signed bilateral trade agreements with the East Asian nation. It is as a result of this systematic interaction, cooperation and ever deepening relationship with Africa that China surpassed the US in 2009 to become Africa's largest trading partner.China has strategically invested its support in improving infrastructure, the agricultural sector as well as telecom systems. Having ratified the Convention of the International Telecommunication Union which obliged its members to switch television signal transmissions from analogue to digital, to meet the 17th June 2015 deadline, many African countries turned to China for support.But as roads, railways and ports become highly modernized, significantly improving connectivity and conducting business becomes increasingly easier across the continent, such important milestones have not resulted in poverty reduction. Many African countries continue to model their development along the path followed by China and so far the results have been visible. For instance, due to better roads and improved connectivity, farmers have been able to efficiently transport their produce to the markets of their choice.Nonetheless, there is one important lesson that still seems far out of reach. While China was able to reduce poverty in a remarkable way and over the years has helped nearly 1 billion people to escape it, the same cannot be said of Africa.Africa is still in an ongoing fierce battle to re-invent itself as a fast growing economy as countries put their best economic foot forward, diversifying their economies, inviting investors from all over the world and importantly, investing in education and technology. Still, poverty remains a big challenge. At one point three decades ago, China was where Africa is today, struggling with extreme poverty and hunger. At the time, the incidence of poverty in China was among the highest in the world - a staggering 64 percent.The face of poverty in China was characteristically similar to what is being witnessed in Africa today; the poor people were less educated, less trained and largely engaged in agriculture. Their income was also low and unstable.Research shows that economic growth was the weapon that began to dismantle poverty and that per capita income increased 16 times between 1978 and 2014. This enabled China's poverty rate to reduce from 88.3 percent in 1981 to 1.9 percent in 2013.The World Bank has projected that China will continue to effectively address its poor, and that its extreme poverty rate is expected to fall below 1 percent in 2018. With Africa showing promise of sustainable growth in key areas of the economy including manufacturing, there has been a notable disconnect between this steady growth, inequality and poverty. In fact, research shows that more people are falling into poverty than those escaping it. Economic experts have warned that inequality, high population growth, a disconnect between where growth is occurring and where the poor are has made it difficult for the continent to convert economic development into a better quality of life for all. The richer are growing richer as the poor becoming even poorer. There are many lessons to learn from the unprecedented speed and scale with which China was able to escape the poverty trap.This state of affair calls for Africa to go back to the drawing board and leverage on the partnership it has with China to escalate pro-poor strategies that are based on a more inclusive as well as sustainable development agenda.

The author is a Kenya-based journalist.