OPINIONS China cannot be left out on peace treaty

China cannot be left out on peace treaty

Amid the hubbub in the run-up to the US-North Korea summit in Singapore, US President Donald Trump and his South Korean counterpart Moon Jae-in have signaled an intention to formally end the Korean Peninsula's state of war after six decades. This could happen by a trilateral summit following Trump's June 12 meeting with North Korean leader Kim Jong-un. While the Blue House said on Thursday that the chances of a trilateral summit this week are low, South Korea's foreign ministry said it is in three-way talks with North Korea and the US for an early agreement on the issue. 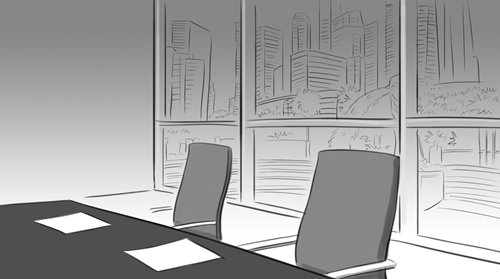 It's more likely to be publicity. The armistice agreement, signed by North Korea, China and the US-led UN Command in 1953, was designed to "ensure a complete cessation of hostilities and of all acts of armed force in Korea until a final peaceful settlement is achieved." If the three countries have no plan regarding the 1953 armistice, the so-called trilateral declaration to end the war would just be a repetition of the Panmunjom Declaration or just a joint wish of Washington, Seoul and Pyongyang.

However, it would be unreasonable if the three countries, without China, abolished the armistice and replaced it with a declaration. According to international law, the three signatories should consult and participate in the abolition of the armistice, which means that China can't be left out.

A declaration might still benefit the peace process on the peninsula. South Korea's proposal related to the declaration somewhat shows its positive attitude toward the peninsula issue, and President Moon did promote peace on both sides of the 38th parallel. Although South Korea's military drills with the US upset North Korea, the Panmunjom Declaration and South Korea's efforts to promote the Trump-Kim summit have eased tensions between two Koreas.

However, South Korea's ability to bring peace on the peninsula is subject to the result of negotiations between North Korea and the US.

Because of his erratic style and the effect of US hawks on his decision, Trump waffled on the Singapore summit and on North Korea. But he eventually decided to attend the summit. Although he might use the meeting to serve his vote bank in the midterm election, he is stepping toward a peaceful Korean Peninsula, which is something desirable.

But the peace treaty should in no way be signed without China's participation, and will not marginalize China on the peninsula issue. China has its huge contribution to the Trump-Kim meeting and always insists on resolving the nuclear issue through negotiations between North Korea and the US. Besides, as the peninsula crisis also influences China's security, Beijing will certainly not evade negotiations that concern its core interests.

China might still need to be vigilant about possible subterfuge of South Korea and the US. The two countries may try to confuse abolishing the 1953 armistice with the so-called declaration. They would blur the distinction to sound out China's response, and Beijing should take a clear-cut stand. China always longs for peace and stability on the Korean peninsula. China is indispensable to a peace treaty. If Washington, Seoul and Pyongyang abolish the armistice and sign a declaration in an intention to end the state of war on the peninsula without Beijing, China has the right to nullify it.

The author is a research fellow at the Liaoning Academy of Social Sciences.