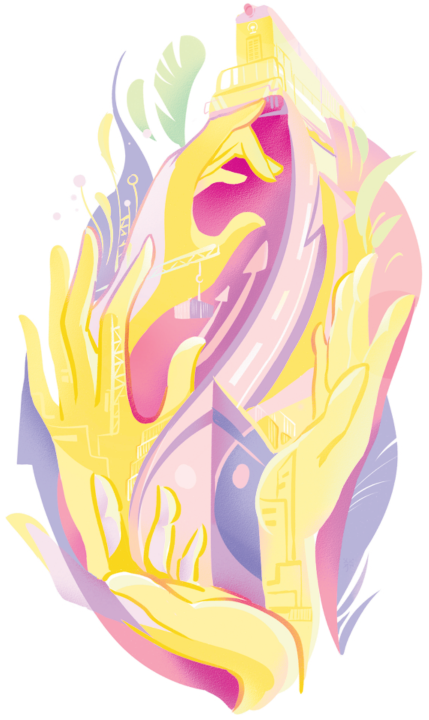 From Sept 14 to 16, President Xi Jinping will attend the 22nd Meeting of the Council of Heads of State of the Shanghai Cooperation Organization in Samarkand, Uzbekistan, and pay state visits to Kazakhstan and Uzbekistan. The visits will be the first by the Chinese leader abroad since the COVID-19 pandemic broke out.

The beginning of this year has already been marked by important events in the relations between the countries of Central Asia and China.

The Chinese president and the leaders of all five Central Asian countries held a virtual summit on Jan 25, 2022, marking the 30th anniversary of the establishment of their diplomatic relations. At the meeting, the presidents discussed the results of joint work and outlined the horizons for further cooperation. It should be noted that next year marks 10 years since the Belt and Road Initiative was first proposed, when Chinese President Xi Jinping called on countries in Central Asia to work together to build the Silk Road Economic Belt.

During the leaders' virtual meeting in January, the Chinese president presented five concrete proposals for future cooperation with Central Asia.

The first was related to the deepening of neighbourly relations based on the principles of friendship, sincerity, mutual benefit and inclusiveness. President Xi specially mentioned that China opposes interference in the internal affairs of countries on any pretext.

Second, the participants decided to strengthen their economic relations. The Chinese leader stressed that China is ready to open its markets for goods and services from Central Asia. By 2030, China plans to bring the annual volume of mutual trade to $70 billion. In comparison, according to the Ministry of Commerce of China, the volume of trade between China and the countries of Central Asia in the first 11 months of 2021 amounted to approximately $45 billion. To achieve better connectivity new logistics and trade corridors between the countries will be built. The development of a feasibility study and construction of a new China-Kyrgyzstan-Uzbekistan railway route will be accelerated, and it is expected that during the SCO Summit in Samarkand the leaders of the three countries will sign an agreement on the construction of this railway.

Third, special attention is to be paid to ensuring regional security and deepening cooperation to counter terrorism, radicalization, separatism and cyber threats. Particular attention should also be given to stabilizing the situation in Afghanistan. It should be noted that Afghanistan was mentioned as part of greater Central Asia, and the Chinese president reiterated that China supports the establishment of an inclusive government in Afghanistan and freeing the country of terrorism and terrorist organizations. The leaders of the countries of Central Asia have repeatedly noted that the establishment of peace and stability in Afghanistan should be a priority in the development of this country.

The fourth recommendation was to strengthen cultural and humanitarian ties between China and the Central Asian countries. President Xi suggested opening joint cultural centers in the countries and said that centers would like Central Asia to become a vibrant attraction for visits by Chinese tourists. He also announced that China will provide more university scholarships for students from Central Asia.

And finally, the Chinese leader announced that China will provide a grant to the countries of Central Asia in the amount of $500 million to help them realize the United Nations Sustainable Development Goals.

It is important to note that despite the growth of foreign direct investment in Central Asia, Central Asian countries' share in the global GDP remains low compared to other developing regions. The Boston Consulting Group estimates that between 2008 and 2016, the total FDI in Central Asia amounted to 18.2 percent of the world's annual GDP. In comparison, the FDI in North Africa reached 26.8 percent, in Central America 35.9 percent, and in the Balkans 47.2 percent.

The North African and Balkan territories are close to the European Union, and Central America is close to the United States. It is these two centers of global economic power that channel much of their FDI to the neighbouring regions. But the Chinese economy is on par with the economies of the EU and the US. The question is: Can China invest more in its adjacent territories, as other economically strong countries have done in their neighbouring regions, and become the FDI leader in Central Asia? Data show that ample opportunities exist.

According to the latest statistics, this year the Chinese economy is experiencing an investment boom. In August 2022, Bloomberg reported that Chinese mainland companies alone have raised a record $58 billion in initial public offerings this year, compared to $19 billion raised in the US and $9.9 billion in Europe. Considering China's economic power and its geographic, political and economic proximity to Central Asia, the untapped potential for cooperation is apparent. The implementation of the Belt and Road Initiative opens up unlimited possibilities for this. And multifaceted cooperation of our countries has good prospects.