OPINIONS China does not have allies, but has friends with partnership diplomacy

China does not have allies, but has friends with partnership diplomacy 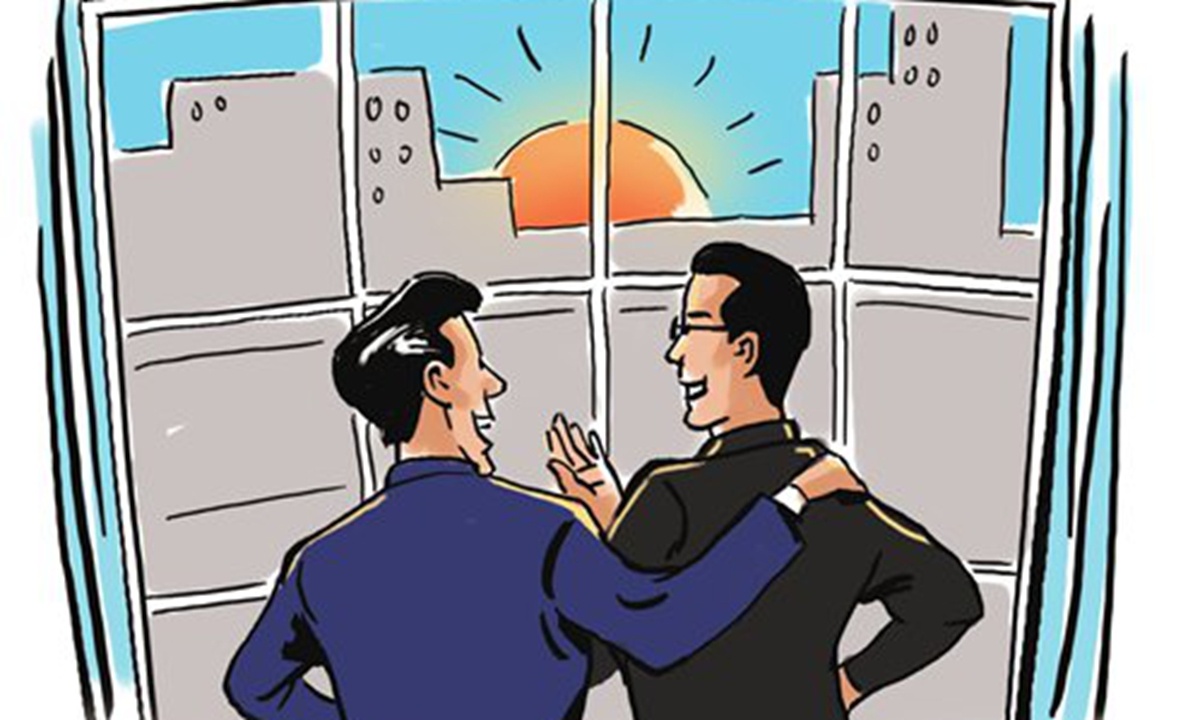 The Wall Street Journal published an article earlier this month entitled "China's Risky Bet on a Lonely Return to Greatness," suggesting China has no friends. China does not have allies indeed, but it doesn't lack of friends. This is not only because of China's historical tradition and the current international environment, but also because of China's own choices.

Based on Christian monotheism, the spirit of Roman law and Greek formal logic, Western civilization largely views problems and world order from the perspective of binary opposition. Therefore, they prefer forming alliances in diplomacy so as to restrain and even assimilate allies through mandatory mechanisms. This allows them to confront and even defeat the non-allies.

At the same time, they firmly believe that every country must have a similar diplomatic philosophy, so it is necessary to encircle and even disintegrate emerging powers. They not only try to equate the history of Christian expansion since the maritime exploration during the age of discovery with the universal history of humanity, but also view the diplomatic concept of the Christian civilization over past 500 years as the world's universal diplomatic philosophy. They do not realize that 500 years is a relatively short period in the history of human civilization, and that different civilizations have different views on diplomacy world order.

During the Han Dynasty (206BC-AD220), Taoism and Confucianism are the main concepts on which Chinese civilization is used to view issues, advocating the construction of an order through rule of ritual. Therefore, China has few diplomatic alliances, and it advocates that countries should adjust their ties according to specific situations. In diplomatic operations, China emphasizes that a country should believe in the charm of their own values and civilization, rather than forcefully imposing their own values and systems onto others.

In the past 500 years, some European countries became global empires through colonial expansion by means of force. The US has become a superpower after the end of the two world wars through building alliance systems. With the changing times and the emergence of nuclear weapons, it's impossible for China to copy the emergence of European countries or the approaches of the US. One feasible option to realize the rejuvenation of Chinese civilization would be to expand its overseas interests in a way that is acceptable to the host country - whether with general policies, economics, and culture.

In modern times, China once allied itself with other countries. Those alliances were not systematic and continuous, and the outcomes were not ideal enough. China thus gave up diplomatic alliances, and carried out its non-aligned diplomacy in 1960s and 1970s, independent foreign policy of peace in 1980s, and partnership diplomacy since 1990s.

Chinese civilization is a kind of regional civilization. Although it has global influence in some aspects, it lacks the gene of global expansion of monotheistic civilizations. Perhaps because of the reasons mentioned above, Chinese leaders have repeatedly stressed that China has no intent to replace any other country in the world. But Western countries will take a long time to accept this.

After the Belt and Road Initiative was proposed in 2013, China's diplomacy has changed from maintaining a low profile to becoming more proactive in global affairs. But the policy of "partnership rather than alliance" has not changed, and it is unlikely to change in the future. The indisputable fact is that the system of alliance diplomacy preferred by Western countries is the choice of a few countries in the world, and most countries choose non-aligned diplomacy. Besides, the vast majority of them are developing countries in Asia, Africa and Latin America.

The world has entered a long period of competition and cooperation among civilizations. It is necessary for the West to think outside the box instead of seeing the world from the perspective of Christian civilization, and learn to put itself into China's position. Only in this way can the West truly understand the Chinese civilization and contemporary China, and base the relationship between China and the West on an accurate judgment and a relatively solid foundation so as to reduce misunderstandings and conflicts, and increase cooperation and mutual benefits.

The author is director of the Department of International Strategy at the Institute of World Economics and Politics under the Chinese Academy of Social Sciences.