OPINIONS China doesn't have to be America's greatest rival

China doesn't have to be America's greatest rival

There is growing fear about China in Washington. According to reports, US President Donald Trump’s pick for acting defense secretary, Patrick Shanahan, warned senior leaders of the US military to be wary of China. “China, China, China,” Shanahan, who took over for James Mattis on Jan. 1, said on his first full day on the job. 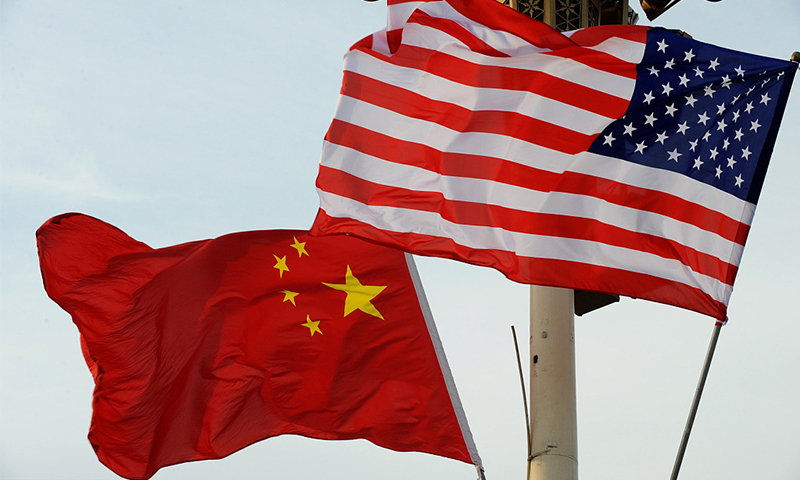 In response, China’s foreign ministry on Thursday noted that China-US military relations have maintained regular exchanges and noted that some of them have even been quite positive. In the process, spokesperson Lu Kang said, the message China got from the United States is that the United States, like China, attaches great importance to military relations between the two countries and hopes to make such interactions a stabilizing force in China-US relations.

“Whether what you just cited is the official statement by the US side needs to be clarified by the US side,” the spokesman told the press.

He stressed that China’s defense policy is purely defensive in nature and that China attaches importance to developing defense cooperation with other countries, including the United States, adding that the Chinese side believes that such cooperation is a good thing for building mutual trust and improving relations, and will also help promote world peace and stability.

As Lu suggested in the conclusion of his response, China and the United States are two powerful countries with great influence on the world stage but the two countries have reached a crossroads: choose to stand side by side as partners on the world stage or be rivals stuck in a self-defeating cycle of ruthless competition.

“If a country seeks partners, then most likely it will get partners. If it seeks adversaries, then adversaries it will certainly get,” he concluded.

By telling top US officials to emphasize “China, China, China,” Shanahan has fallen victim to the dangerous notion that China is a threat to the future security and prosperity of the United States and is trying to steer the United States away from deeper engagement and cooperation with China and toward a more troubling future of long-term, strategic competition. His comments reflect growing fear and paranoia about China’s rise and the feeling of insecurity in the United States about its position vis-à-vis China.

The former US president was referring to, among other reports and comments, the Trump Administration’s National Security Strategy (NSS), which sets the stage for a brutal Cold War-style competition with China.

The former US president was also referring to people like Shanahan, a high-ranking US official who was intimately involved with the development of at least one of those hawkish reports, the National Defense Strategy (NDS), which declares China as a long-term, strategic competitor and a central challenge to US prosperity and security, and calls for stepping up great power competition with China.

While fierce competition with China is certainly an option for the future development of China-US relations, it is not in the best interests of anyone in the world for these two powerful countries to have a relationship centered on great power rivalry.

The China-US relationship will always have its ups and downs, but as a whole, it has been a win for both sides and together the two countries have also created the conditions for world peace and development.

Recently, Chinese State Councilor and Foreign Minister Wang Yi sat down with People’s Daily to talk about China’s diplomacy. During the interview, he was asked his opinion on current China-US ties and the senior Chinese diplomat talked about the benefits of the relationship.

“The year 2019 marks the 40th anniversary of China-US diplomatic relations. The ancient Chinese philosopher Confucius said, ‘When reaching forty, one should no longer have any doubts.’ The experience and lessons over the past 40 years are enough to prove that for China and the US, cooperation will deliver win-win results, whereas confrontation will end with a loss for both sides,” he said.

However, he also warned about the dangers of setting the stage for competition, saying: “The one who adopts Cold War mentality will only isolate itself, and the one who uses zero-sum games will never be able to retreat without hurting itself,” he said, adding that China will stay stick to its development path and stay committed to developing good relations with other countries.

“We hope the US can be positive about China’s progress. There is no need to create rivals, and still less, to effectuate a self-fulfilling prophecy,” he said.

Around the same time, China’s ambassador to the United States, Cui Tiankai, also stressed the importance of steering the relationship in the right direction. In an opinion piece published in USA Today, the Chinese ambassador stressed that the two countries have far greater common interests than differences and disagreements and that under such conditions cooperation is the only right choice. Comparing the relationship to like a tower built on a solid foundation of common interests, Cui said that if this strong foundation were ever to be damaged or dismantled, both sides would suffer.

Echoing the words of Cui in his opinion piece, we owe it to future generations to pass on a China-US relationship that is full of opportunities. Right now it seems that the US government is at war with itself about its future position in this new era of international relations, but China’s rise is not the problem. The problem is whether the United States will choose to see China as a rival or partner and what kind of world it seeks to shape in this new era.