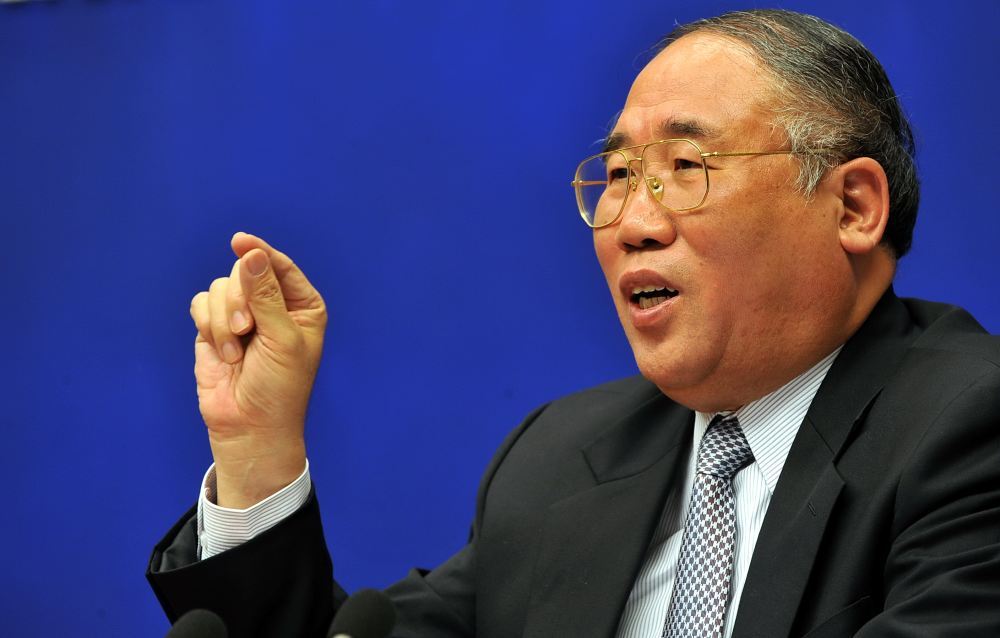 Rudd pointed out that climate change looms as one of the fundamental global challenges of the 21st century. The discussion was part of preparations for the United Nations COP26 Climate Conference next year and focused on talks last week between Chinese President Xi Jinping and European leaders, including German Chancellor Angela Merkel and European Commission President Ursula von der Leyen.

Xie said China has proven that a policy of responding to climate change does not negatively impact economic growth. Instead, it fosters green industry, improves the environment and people's health and allows economic and social betterment for all.

He emphasized that the ecological and economic challenges posed by climate change shouldn't and can't be addressed just by one country.

"No one country can stand alone. The climate change challenge is borderless, and we should strengthen global cooperation to respond proactively," Xie said.

Xie outlined what China has accomplished and what is being planned to meet the targets set in the 2015 Paris Agreement on climate change.

The energy sector was the first area where China tried a pilot program to reduce carbon dioxide emissions, Xie said. "We are trying our best to create clean energy that's safe, green and highly efficient."

For instance, China developed a finance policy to limit coal consumption and production, Xie said. "We have specified that we don't support any coal-involved project. We are guiding finance investment to green and low carbon development."

Rudd said that when he first traveled to China in 1980s, coal probably represented about 90 percent of total energy supply. That number is now down to about 58 percent and heading toward 50 percent.

While limiting coal, China is also encouraging a shift to natural gas, safe nuclear power and renewable energy sources such as hydrogen power. In addition, information technology is being integrated into the energy sector to create smart grids, Xie said.

China is also pushing for more solar-powered photovoltaic systems for buildings, which account for 20 percent of China's total carbon emissions.

Xie said China has made progress in the transportation sector as well, and its share of electrical vehicles (EVs) accounts for half of the world's total. China is now looking to improve EVs' quality and battery life.

China is also striving to develop a circular economy to efficiently use the resources. "This is the fundamental way to decouple economic development from carbon emission, to improve efficiency of use of resources," he said, adding that China is developing model of circular use of resources to build waste-free cities and all will benefit from the model.

China has set goals to peak its carbon use by 2030 and reach carbon neutrality by 2050, but such goals can't be achieved without innovative technologies, Xie said.

"Innovative technology is needed to create green industry. China is actively pushing for green financing with a balance of 2.1 trillion RMB ($310 billion). We are going to implement the relevant financing and funding mechanism laid down in the Paris Agreement to play a leading role in public funding as well as to guide social capital into priorities for green finance," Xie said.

"We are sending a clear signal to the market on what we are encouraging, what we are opposing and what we are limiting," he continued.

Xie emphasized that China's strategic solution makes sure that goals for climate change, environmental protection, the economy and society are well coordinated.

Rudd commented that many have "criticized in the past China's approach to national planning, but I think for climate change, national planning has a singular virtue, which is how do you bring to bear all the different arms of policy in order to achieve a single policy objective — namely reducing greenhouse emissions to keep (any global) temperature increase within 1.5 centigrade".

He also expressed the hope of seeing China and the United States work together again on climate change.

"We all welcome the day that China can resume its active climate change policy collaboration and global policy coordination with the United States. After all, the United States and China remain the largest and second-largest emitters in the world. Where you two guys go, so too is where the planet goes as well," Rudd said.