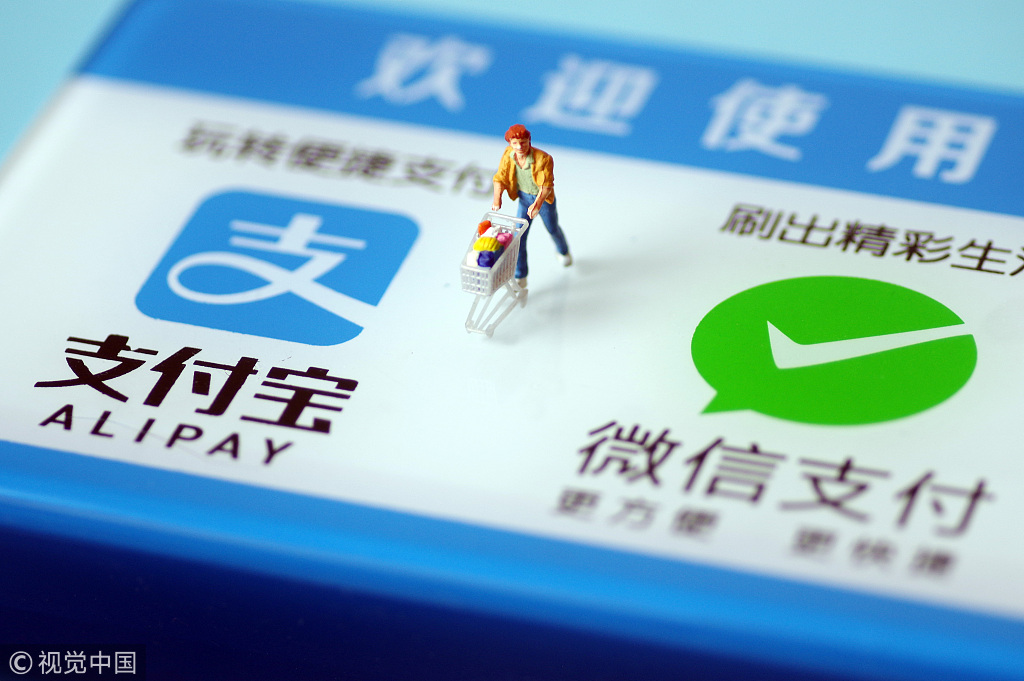 China, the nation that introduced the world to banknotes, is now setting the pace in the competition to become the first cashless society.

Already by 2017, more than three-quarters of Chinese people were using digital payments in preference to cash, and the number was rising fast.

Now, the central bank and other financial authorities have announced they want to spread the benefits of going cashless to the four out of 10 people in China who still live in rural areas.

The focus on agricultural communities will put a further dent in the perception that electronic payments are the preserve of prosperous urban millennials.

In global terms, China is behind Sweden, which aims to go completely cashless as early as 2023. However, the growth in non-cash payments in China is much more significant, given its population size.

The Chinese have, to an extent, leapfrogged the credit and debit card revolution that overtook advanced economies in the last century, with most of new adopters using mobile technology to go cashless.

As payments processor Worldpay said in its 2018 global payments report highlighting China's boundless growth opportunities in the sector: "China presents a payment landscape shaped by consumers that came of age in a digital and mobile-first world. Mobile wallets dominate Chinese payments unlike anywhere else on the planet."

The report noted that almost two-thirds of online sales and more than one third of payments in stores were now made through leading mobile wallet operators including Alipay and WeChat Pay.

China is already the world's largest mobile payment market and is also a leader in peer-to-peer payments, in which people are able to pay each other by text.

Although the cashless revolution in China and elsewhere appears unstoppable, there are still disagreements over the pros and cons of ditching old-fashioned notes and coins.

A regular gripe is that it tends to marginalize older and less tech-savvy spenders and the less well-off , who do not qualify as readily for credit.

Research from the independent Access to Cash group in the UK warned that the country risked drifting into becoming a cashless society, and that it could handicap the vulnerable poor, people with disabilities, rural families, and anyone at risk of being scammed.

The report said a cashless society was not necessarily undesirable, but that the country had to be prepared for it.

The latest Chinese initiative, announced earlier this year, aims to address some of these concerns.

As part of their plans for rural digital integration, the authorities want officials in the countryside to expand internet availability, make more public services digital, and facilitate the sale of rural produce to consumers in the cities.

The switch to a cashless society would also help farmers buy necessities, such as fertilizers, and gain easier access to loans. Major companies including Alibaba and JD, have set up online services that help farmers buy and sell.

According to the central bank, 66.5 percent of people in rural areas were already using digital payments by 2017, but that compared to 76.9 percent in the country as a whole.

Among the benefits listed by promoters of the switch to cashless payments are that they speed up transactions, reduce business risks, and cut the opportunities for criminals to cheat others. Logically, it would eradicate the theft of cash, and counterfeiting.

However, as many consumers have learned to their cost, the consequences of going digital are not entirely risk-free. Bank robbers have been replaced by online fraudsters, who appear to have adapted to the decline of cash at least as skillfully as those who led the cashless revolution.

Others fear that the digital and mobile economy will also damage the privacy of consumers, whose data can be used by outsiders, including private data miners and suppliers, to track their spending.

China may be leading the way in going cashless but even its central bank is not quite ready to give up on ready cash.

It last year urged sales outlets and service providers not to discriminate against those wanting to pay in cash.

"Cash has been rejected for some consumers in tourist attractions, restaurants, retailers and other industries," it said in an official notice. "This damages the legal status of the yuan, and hurts consumers' rights to choose payment methods."

One thing all consumers would do well to bear in mind is that -cash or cashless-it is always a good idea not to spend what you haven't got.

It might be tempting to produce a card or tap your mobile to buy that new coat you just saw in the shop window, or even to buy that extra cup of coffee on the way to work.

You might not see the cash in your wallet dwindle, but the money will be gone all the same.