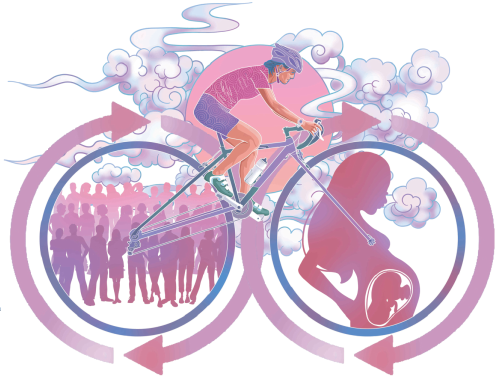 The world's population has grown at a fast space during the past two centuries. The global population was only 1 billion in the early 19th century but it increased to 6.14 billion at the turn of this century and is inching toward 8 billion today. According to World Population Prospects 2022, which the United Nations released on July 11, the global population is projected to reach 8 billion on Nov 15.

The global population is projected to reach a peak of about 10.4 billion in 2100 and will remain steady or decline after that. However, China's population will decline more quickly than many other countries'. China's population crossed 1 billion in the 1980s, while its total fertility rate dropped from 6.0 before the 1970s to 1.3 in 2020 despite the introduction of the two-child policy in 2015.

Also, since India's total fertility rate is 2.0(in 2021) and it has a population as large as China's, it will overtake China as the most populous country in 2023, according to a UN report.

Such demographic changes can influence the underlying growth rate of an economy. Although the overall wealth inequality between developed and developing countries remains high, most countries are realizing or have realized modernization.

So demography will, once again, play a decisive role in the size of economies, not least because population growth contributes to overall growth of the labor force; a large population allows a country to build more infrastructure facilities, which can reduce the costs of manufacturing, transportation and research; and a populous country has a bigger domestic market which is conducive to its further development.

The average life expectancy in China has increased－from 40 in 1950 to 78.2 in 2021－while the total fertility rate has been falling. China began becoming an aging society in 2000, when Chinese people aged 65 or above exceeded 7 percent of the total population. The number rose to 13 percent in 2021－and by 2050, older adults will account for more than one-third of the total population.

Besides, China's strict family planning policy, introduced after the launch of reform and opening-up, played a role in accelerating population aging, and peaking of its population earlier than expected. While most developed countries got rich before they became aging societies, China's population is aging before getting rich, prompting the leadership to address the problems associated with a rapidly aging population at the critical moment of the country's development.

Population aging will cause labor shortage, making China lose its demographic dividends, with the retirement of the 1960s "baby boomers" posing a daunting challenge to the pension system as meeting their needs could greatly raise debts.

China's falling birth rate and rapidly aging population can also be attributed to improved living standards. Unlike prior to 1979 when the government introduced the strict family planning policy, Chinese people today are less willing to have children, leading to the declining total fertility rate. Yet China's demographic trend is similar to that in other East Asian countries, which have not adopted any family planning policies.

The declining number of women of childbearing age and the unwillingness of most couples to have more than one child because of the high costs of raising kids have further deteriorated the situation. To address the population aging problems, the government needs to further reform the family planning policy, build a family-friendly society and encourage people to have more children by reducing the high costs of raising a child rather than simply giving subsidies.

The authorities should also reform the labor market and expedite the transition of the economy from high-speed growth to high-quality development. In the long run, the government needs to accelerate industrial upgrading, transition from labor-intensive to technology-intensive manufacturing, and take preemptive measures to prevent economic downturn due to shortage of labor.

And to facilitate the economy's transition, the leadership needs to increase investment in education and human resources, improve the quality of the labor force to increase productivity, as well as take advantage of the country's massive domestic market to propel the healthy development of the economy amid the changing global landscape.

The author is deputy director of the Human Resource Center and a professor at the Institute of Population and Labor Economics at the Chinese Academy of Social Sciences. The views don't necessarily reflect those of China Daily.